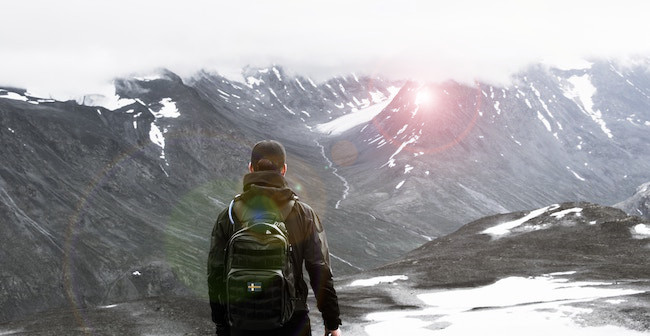 Preparing to Enter the Covenant 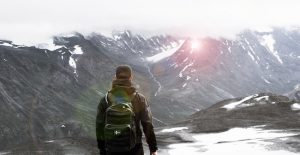 Our Parashah opens: “Speak to the entire assembly of Bnei Yisrael and say to them, ‘You shall be holy, for holy am I, Hashem, your Elokim’.” Rashi z”l writes: “This teaches us that this section was proclaimed in the presence of the full assembly [i.e., all of Bnei Yisrael] because most of the fundamental teachings of the Torah are dependent upon it.”

R’ Yitzchak Abarbanel z”l (1437-1508; Portugal, Spain and Italy) elaborates: Hashem commanded Moshe to gather the assembly of Yisrael and to remind them of the Aseret Ha’dibrot and the fundamentals of the Mitzvot. All of this was in preparation for the making of a covenant between Hashem and Bnei Yisrael, as described at the end of the Book of Vayikra.

R’ Abarbanel continues: The Aseret Ha’dibrot are not repeated here in the same form in which they were given originally, because that is not the goal of this Parashah. Rather, the point is to convey that the Mitzvot should not be observed because they make sense to us, but rather because Hashem commanded us to follow in His ways and cling to Him.

Therefore, R’ Abarbanel writes, the Torah says, “You shall be holy!” This is not referring only to avoiding prohibited relationships (as Rashi writes), but rather to Perishut / sanctifying ourselves in all matters by refraining from excess (as Ramban z”l writes). Although the Torah permits eating, drinking wine, and other pleasures, do not become absorbed in these pleasures. Rather, be “holy,” meaning, “Separated from material things.” But, do not do this like a philosopher who goes into solitude and tortures himself. Rather, go in Hashem’s ways and be holy as He is.

Rabbeinu Nissim ben Reuven z”l (Spain; 1320-1376; known as “Ran”) writes: Our Sages teach that one may not curse any person, deaf or not. The desire to curse another person is connected with the urge to take revenge, which is a bad character trait and which the Torah wishes to discourage.

Why then does the Torah single out cursing the deaf? Ran explains: Had the Torah said simply that one should not curse another person, we would have assumed that the reason is that we should not cause pain to other people. By prohibiting us from cursing even people who will not hear the curses, the Torah is teaching that the purpose of the prohibition is to improve our character traits. (Derashot Ha’Ran #12)

R’ Shlomo Pappenheim z”l (1740-1814; Dayan / rabbinical court judge in Breslau, Germany) writes: The word “Tochachah” / reproof or rebuke refers to a dialogue between two opposing viewpoints, whether expressed in words or in deeds. If one expresses his viewpoint and the other proves him wrong, that is “Tochachah.” Likewise, if one performs an action and the other objects with words, that too is called “Tochachah.”

However, continues R’ Pappenheim, there is a difference between the word “Tochachah” followed by the article “et” (aleph-tav) and the word “Tochachah” followed by the preposition “le-” (the prefix “lamed”). “Et” is used when the one giving the rebuke is unsure whether the person he is rebuking actually perpetrated the wrongdoing in question. Such Tochachah is intended merely to cause the recipient to reflect about whether he did something wrong. In addition, “et” can be a sign of respect. Thus, we read (Bereishit 21:25), “Avraham rebuked ‘et’ Avimelech.” Even though Avraham knew that the servants of the Plishti king (Avimelech) were guilty of stealing Avraham’s well, Avraham spoke to the king respectfully as if the matter was in doubt.

In contrast, we read (Mishlei 19:7), “Mochi’ach / He demonstrates la-rasha / to the wicked one his blemish.” This refers to one who sins brazenly in public. In such a case, we do not care whether he is shamed. (Cheishek Shlomo p.269)

Rashi writes: One might think this reverence is due to any old man. The Torah, however, says “Zaken”–short for “Zeh She’kanah Chochmah” / “one who has acquired wisdom.”

R’ Yaakov Yisrael Kanievsky z”l (1899-1985; known as the Steipler Gaon) asks: “Zaken” is only an acronym for “Zeh She’kanah” / “one who has acquired”! Where is there an allusion to “Chochmah” / “wisdom”? Maybe the Torah is teaching us to respect someone who has acquired houses or cars or stocks and bonds?

He explains: The Gemara (Nedarim 41a) teaches, “If one has wisdom, he has everything. If he lacks wisdom, what does he have?” Why? Because wisdom is the only thing that a person can acquire that becomes a part of him. Moreover, all other acquisitions can be taken from a person, but wisdom cannot be. Thus, it is the only real acquisition. (Birkat Peretz)

“‘Rabbi’ [when used without a given name, this title refers to Rabbi Yehuda Ha’nassi, the compiler of the Mishnah] says, ‘Which is the proper path that a person should choose for himself? Whatever is a credit to himself and earns him the esteem of fellow men’.” (Ch.2)

R’ Yehoshua Heschel Halevi Levin z”l (Lithuania; 1818-1883) writes: This Mishnah is among the Mishnayot in Pirkei Avot that is “Le’shitato,” i.e., it reflects a specific perspective that the quoted Sage taught on other occasions as well. He explains:

“Why not?” asked Antoninus.

Rabbi explained: “If a person would greet you [a Roman nobleman, sometimes identified with the Roman Emperor Antoninus Pius, Marcus Aurelius, or Antoninus Carcalla] repeatedly throughout the day, would you not say he was being overly familiar toward you? How much more so should one not act in an overly familiar way toward the King of Kings, Ha’kadosh Baruch Hu!” [Until here from the Midrash]

This, concludes R’ Levin, is what Rabbi is teaching in our Mishnah as well: How should one relate to G-d? In a manner that would be a credit to him if he acted in the same way toward people. (Ma’ayanei Ha’Yeshua: Pesher Davar #4)

Siddur Avodat Yisrael cites a custom to recite Psalm 15 on the Shabbat on which Parashat Kedoshim is read. Accordingly, we present here verses from, and commentaries on, that Psalm.

“A psalm by David! Hashem, who will dwell in your tent? Who will reside on Your holy mountain? One who walks in innocence, and does what is right, and speaks the truth from his heart.” (Verses 1-2)

R’ Chaim Palagi z”l (1788-1868; rabbi of Izmir, Turkey) writes: Our Sages teach us that our sins cause us to be exiled. And, among the negative consequences of the exile is that Torah study is interrupted and Torah scholars forget their learning. [Note what was important to R’ Palagi.] Therefore, King David teaches us: “Who will dwell in your tent? Who will reside on Your holy mountain?” How can we ensure that the Batei Midrash/ places of Torah study remain occupied? By walking in innocence, doing what is right, and speaking the truth from our hearts. (Ha’chaim Yoducha)

The Midrash continues: This may be understood with a parable about a villager who goes to the big city and sees all types of delicacies. He asks, “Who can buy those?” He is told, “Someone with a lot of money.” Similarly, Hashem answers: Who can dwell in My tent? One who has many Mitzvot to his credit and who acts with Perishut [see the opening article above].