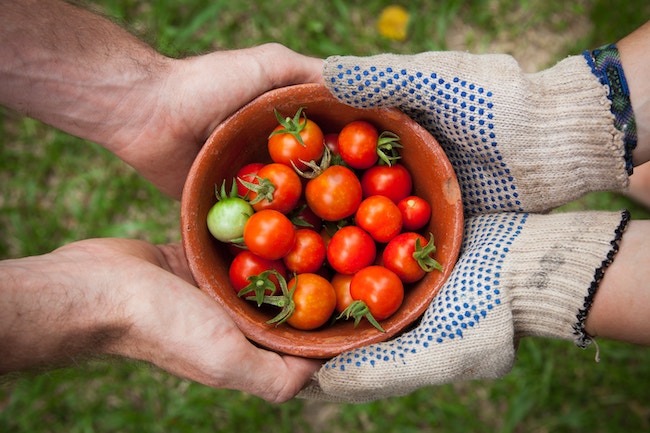 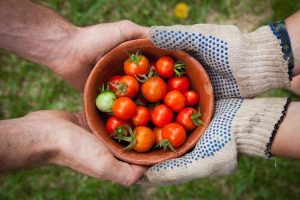 In this week’s Parashah, we read of the commandment to build a Mishkan / Tabernacle. The Parashah opens, “Speak to Bnei Yisrael and let them take for Me a Terumah / donation . . .” Many commentaries ask: Why does the Torah say, “Take for Me a Terumah,” rather than, “Give to Me a Terumah.” One of the answers that is given is that when a person gives Tzedakah, whether to build a Mishkan, a Shul, or a Yeshiva, or to support a person in need, he really is “taking” for himself.

R’ Shmuel Vital z”l (1598-1677; Syria, Egypt and Eretz Yisrael; son of R’ Chaim Vital z”l) illustrates this with a parable: A businessman living temporarily in Damascus, Syria wanted to send money to his family in Egypt, but sending cash across that distance was very risky. Fortunately, Hashem brought to this businessman’s attention a wealthy merchant from Egypt who was in Damascus and was short of cash. So the businessman lent the wealthy Egyptian merchant money and instructed him to repay it to the former’s family upon returning to Egypt.

Similarly, writes R’ Vital, one ordinarily cannot “take it with him,” i.e., one’s money cannot accompany him on his journey to the World-to-Come. However, if one “lends the money to Hashem” in This World by supporting the causes that are important to Hashem, i.e., giving Tzedakah to the poor and to other worthy causes, then Hashem will repay him in the World-to-Come. (Mekor Chaim: Parashat Mishpatim)

R’ Aryeh Leib Hakohen Heller z”l (1745-1812; author of Ketzot Ha’choshen) asks: The Gemara (Pesachim 50b) teaches, “A person should study Torah and perform Mitzvot even not L’Shmah, for that will eventually lead him to do them L’Shmah.” Why, then, does the Torah require here that the donation for the Mishkan be L’Shmah? Also, why does the verse say, “Take for me,” rather than, “Give to me”?

He explains, based on two Halachic concepts. First, there are cases in which Halachah considers a gift’s giver to be its recipient and its recipient to be its giver. For example, according to Halachah, a marriage is created by a man giving an object of value–today, we use a ring–to a woman. The process does not work in reverse; if a woman would give the very same object of value to a man for the purpose of creating a marriage, they would not be married. However, if the man is an Adam Chashuv / a person so prominent that other people are honored when he accepts their gifts, then, if a woman gives him an object of value for the purpose of creating a marriage, they are married. In that case, she is considered the recipient because he accepted her gift.

Second, Halachah recognizes a type of transaction called a “Matanah Al Minat L’ha’cha’zir” / a gift that is conditional upon its return. If the recipient returns the gift, then he is considered to have owned it while he possessed it. But, if he never returns it, then he is not considered to have been its owner. For example, a person can fulfill the Mitzvah of the Arba’ah Minim / Four Species on the first day of Sukkot only with a Lulav and Esrog set that he owns. One cannot use a borrowed set on the first day. If Mr. A gives his Arba’ah Minim to Mr. B as a Matanah Al Minat L’ha’cha’zir, then, if Mr. B later returns the set, he retroactively is considered to have been its owner and, therefore, to have fulfilled the Mitzvah of Arba’ah Minim. If he never returns the set, then he was never its owner and he did not fulfill the Mitzvah.

Halachic authorities say that the two concepts described above are mutually exclusive. There is no honor in giving a gift to someone who is required to return it. Therefore, a Matanah Al Minat L’ha’cha’zir given to, and accepted by, an Adam Chashuv–unlike an unconditional gift–would not cause the giver to be recognized as the recipient and the recipient as the giver.

R’ Heller concludes: Why does our verse say, “Take for Me,” rather than, “Give to Me”? Because the fact that Hashem accepts our gifts is no less of an honor for us than having an Adam Chashuv accept our gifts. Thus, when Hashem accepts our gifts, we are not giving, we are taking. However, based on the above rules, that is only true if the gift is given L’Shmah, if there is no quid pro quo attached. If the gift is not L’Shmah–if it is a Matanah Al Minat L’ha’chazir, with strings attached–then the description in the Pasuk (“Take for Me”) would not apply. (Shev Shematita: Introduction)

R’ Chaim of Volozhin (1749-1821; founder of the first yeshiva as we know them today) writes, citing the Zohar, that the soul has three facets, known, respectively, as Nefesh, Ruach and Neshamah. The Nefesh and Ruach “reside” in a person’s body and, therefore, are sullied when a person sins. (Thus, the Torah speaks of a Nefesh experiencing the punishment of Karet/ being cut off, and of a Ruach / spirit of Tumah.) In contrast, the lowest part of the Neshamah resides “above” the body, in the brain, and its root is in the spiritual worlds. As such, it is so pure that sin cannot touch it. This ensures that a person, even one whose Nefesh was “cut off,” always has some connection to Hashem.

Based on this, R’ Yisrael Eliyahu Weintraub z”l (1932-2010; Bnei Brak, Israel) explains why, according to one opinion in the Gemara (Yoma 53b), the Aron was hidden away before the Bet Hamikdash was destroyed and never fell into the hands of a gentile army. Why the Aron, of all the items in the Bet Hamikdash? R’ Weintraub answers: The Aron, having the innermost position in the Bet Hamikdash, deep in the third chamber where humans would rarely go, parallels the innermost, third facet of the soul. Therefore, just as the Neshamah–in contrast to the Nefesh and Ruach–is untouchable, so is the Aron. (Nefesh Ha’Chaim Im Beur Yirat Chaim I:18)

Rashi writes: “They had the form of a child’s face.

Why were the Keruvim made with a child’s face?

R’ Eliyahu z”l (1720-1797; the Vilna Gaon) explains: Midrash Vayikra Rabbah observes that when a chicken is young, its mother willingly feeds it, yet, when the offspring gets older, the mother swats it away from her food. The reason for this change of behavior is that the “child” chicken has become self-sufficient and now views itself as its mother’s competitor, and the mother reacts in kind.

Similarly, writes the Vilna Gaon, when a person is young, he trusts in Hashem, but as he gets older, he becomes more self-confident and places less trust in Hashem. In response, Hashem, in fact, watches over him less. The same thing happened to Bnei Yisrael–at the time of the Exodus they understood that they were entirely dependent on Hashem, but, over time, they trusted in Him less and He responded by watching over them less.

The Keruvim were given the faces of children, concludes the Vilna Gaon, to remind us that we should base our relationship with Hashem on the attitude of trust that we had as children. (Beurei Aggadot B.K. 92b)

Siddur Avodat Yisrael cites a custom to recite Psalm 26 on the Shabbat on which Parashat Terumah is read. Accordingly, we present here verses from, and commentaries on, that Psalm.

“I will wash my hands with cleanliness and circle Your Mizbei’ach / altar, Hashem.” (Verse 6)

R’ Samson Raphael Hirsch z”l (1808-1888; Germany) writes: A striving for purity, for blamelessness in one’s dealings with one’s fellow-men, is a prerequisite if one is to approach the Sanctuary and join that group which is united around G-d’s altar. One must not enter the House of the Lord and join the congregation around His altar if one’s hands are sullied by selfishness, ill-gotten gains and moral inadequacy. I first wash my hands in purity–the hand being that which holds possessions–before joining the others in circling the Mizbei’ach. (Commentary on Tehilim)

The Gemara (Berachot 14b) teaches: “If one takes care of his personal hygiene, puts on Tefilin, reads Kri’at Shema, and recites Shemoneh Esrei, it is as if he built a Mizbei’ach and offered a sacrifice upon it.”

Why does the Gemara liken this person to someone who built an altar? Isn’t that secondary to the fact that he who offered a sacrifice?

R’ Shimshon Dovid Pinkus z”l (rabbi of Ofakim, Israel; died 2001) explains: The Gemara is teaching about the importance of preparing before performing a Mitzvah, not just jumping into it. That is why the Gemara mentions taking care of one’s personal hygiene before praying and building an altar before offering a sacrifice. At a minimum, R’ Pinkus writes, a person should pause before performing a Mitzvah and reflect, “I am about to perform a Mitzvah.” Only a person who prepares himself before reciting Kri’at Shema will truly accept the yoke of Heaven upon himself, which is the sentiment that Kri’at Shema expresses. Not so, someone who “stumbles” into the Mitzvah with no preparation. (Nefesh Shimshon: Tiferet Tehilim p.270)