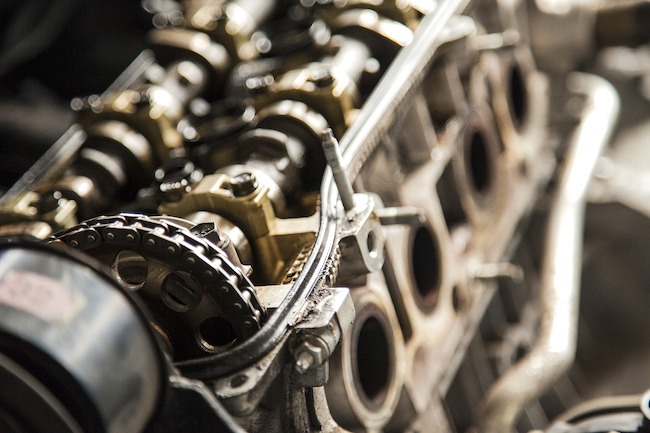 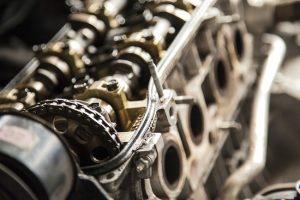 We read in this week’s Parashah (4:9-10), “Only beware for yourself and greatly beware for your soul, lest you forget the things that your eyes beheld and lest you remove them from your heart all the days of your life; [rather,] make them known to your children and your children’s children–the day that you stood before Hashem, your Elokim, at Chorev [Har Sinai].” In many Siddurim, the above passage is listed among the “Sheish Zechirot” / “Six Remembrances”–events and ideas that some Halachic authorities require a person to remember every day. (See the standard Hebrew/English Artscroll Siddur p.176.)

R’ David Bleicher z”l Hy”d (Rosh Yeshiva of Yeshivat Bet Yosef-Novardok in Kiev, Ukraine and Miedzyrzec Podlaski, Poland; killed in the Holocaust in 1944) writes: The Zechirot are not incidental pieces of information to be remembered. They are the essence of what a Jew believes. He explains with a parable: Imagine a person about to take an urgent trip by airplane when an engine problem develops. No matter how big the rush, a wise person will stop to repair the engine. Only a fool would say, “I’m in a hurry now; fixing the engine can wait.” Remembering the Giving of the Torah and the rest of these Remembrances is the engine that makes a Jew “run”; it is what causes a Jew to perform Mitzvot and study Torah, R’ Bleicher writes. A defect in one’s remembrance of these events is not an incidental problem, it is a critical issue.

What is the sign that one is “remembering” properly? Our verse answers: It is that he “make[s] them [i.e., these events] known to [his] children and [his] children’s children.” (Divrei Binah U’mussar p.154)

“From there you will seek Hashem, your Elokim, and you will find Him, if you search for Him with all your heart and all your soul.” (4:29)

R’ Simcha Bunim of Pshischa z”l (1765-1827; Chassidic Rebbe in Poland) comments: Some people seek G-d “there,” i.e., in philosophical inquiries. In reality, the place to find G-d is in your heart. Once someone purifies his Middot / character traits, he will find Hashem in his heart. (Torat Simcha No.133)

“Or has any god ever miraculously come to take for himself a nation from amidst a nation, with challenges, with signs, and with wonders, and with war, and with a Yad Chazakah / strong hand . . .” (4:34)

(1) Hashem has the absolute ability to act contrary to the laws of nature, a fact which indicates that the world is a creation and He is its Creator. R’ Moshe ben Nachman z”l (Ramban; 1194-1270; Spain and Eretz Yisrael) writes that this is why there are so many Mitzvot that are “Zecher L’yetziat Mitzrayim” / “A reminder of the Exodus from Egypt.” The Yad Chazakah that Hashem demonstrated at the time of the Exodus demonstrates that He is the Creator and that He remains actively involved in the affairs of the world, facts that obligate us to serve Him.

(2) At the time of the Exodus, Bnei Yisrael were not worthy of being redeemed. Hashem, so-to-speak, used a Yad Chazakah to overpower his Attribute of Justice and take them out. This explains why, after the sin of the Golden Calf, Moshe prayed (Shmot 32:11), “Why, Hashem, should Your anger flare up against Your people, whom You have taken out of the land of Egypt, with great power and a Yad Chazakah?” At first glance, Moshe‘s argument was counter-intuitive: “Since You once did Bnei Yisrael a big favor (the Exodus) and they disobeyed You (the Golden Calf), do them another favor (forgive them)!?” In fact, Moshe was saying, “Nothing is too difficult for You. You overcame the Attribute of Justice at the time of the Exodus, when Bnei Yisrael were not worthy, and You can do it again!”

(3) The Exodus was completely against Pharaoh’s will; Hashem alone brought it about. This knowledge gives us faith and hope for the future redemption.

(4) The Exodus also was against the will of some of Bnei Yisrael, who would have preferred to stay in Egypt. So, too, in the future, those of the Jewish People who choose to remain assimilated amongst the gentiles will not have that option. (Haggadah Shel Pesach Siach Yitzchak p.9a-10a)

R’ Hillel Schneider z”l (rabbi of Lapy, Poland; died 1898; father-in-law of the Chafetz Chaim z”l) explains: We prepare for weeks for Yom Kippur and, when the day finally comes, we are ready to be like angels. But, if Yom Kippur came more often, it would not have the same impact.

Similarly, Bnei Yisrael prepared for three days for Hashem to speak to them. But, once they had heard the first two of the Aseret Ha’dibrot from Hashem, they felt their preparations wearing off, as if they were in relative darkness. Therefore, they asked to hear the remaining Commandments from Moshe. Nevertheless, they acknowledged that a person on a high enough level could hear Hashem’s voice from the midst of the fire and live. (Bet Hillel: Drush 19, p.79)

The word “Le’vavcha” is spelled in Hebrew like the word “Le’va’vecha,” which would mean: “Your two hearts.” The Gemara (Berachot 54a) comments on the use of that word (rather than “Libcha”): Love Hashem “with both of your inclinations–the Yetzer Ha’tov and the Yetzer Ha’ra.”

R’ Yitzchak Parchi z”l (Yerushalayim; 1782-1853) explains: The phrases, “With all your life,” and “With all your resources” elaborate on “With both of your inclinations.” The nature of the wicked–represented by the Yetzer Ha’ra–is to love their bodies more than their money. Therefore, they spare no expense for delicacies, old wine, expensive clothes, etc. The nature of the righteous–represented by the Yetzer Ha’tov– is the opposite, as the Gemara (Chullin 91a) says: “Tzaddikim care more for their property than for their bodies, because they know that their property was earned honestly.” [The Gemara says this in reference to Yaakov Avinu, who endangered himself to retrieve some small jugs.]

He continues: What does it mean to serve Hashem will all one’s life (other than dying to sanctify G-d’s Name)? It means, for example, getting up early in the morning to go to Shul, no matter how unpleasant the weather. This is alluded to in the verse (Tehilim 55:15), “In the house of Elokim we would walk B’ragesh / in company.” “B’ragesh” may be read as the acronym of Barad / hail, Ruach / wind, Geshem / rain, and Sheleg / snow. (Marpeh La’etzem p.27)

Siddur Avodat Yisrael cites a custom to recite Psalm 90 on the Shabbat on which Parashat Va’etchanan is read. Accordingly, we present here verses from, and commentaries on, that Psalm.

“For even a thousand years in Your eyes are but a bygone yesterday, and like a watch in the night. You flood them away, they become sleep-like; by morning, they are like grass that withers.” (Verses 4-5)

R’ Samson Raphael Hirsch z”l (1808-1888; Germany) writes: We short-lived men, whose vision encompasses only the brief span through which we live and which we can survey, cannot grasp the significance of time. That can be understood only when seen in a larger context than we are capable of comprehending. For a thousand years [possibly a metaphor for any very long period], as seen by G-d, frequently have no more significance than a transition point, a moment of time that lies between one day and the next. Indeed, a thousand years may not have even that importance; they may be no more than “a watch in the night.” The night is divided into three or four periods, each of which is called an “Ashmoret” / “watch” (see Shmot 14:24; Berachot 3a). The nature of the night is such that one cannot discern the end of one Ashmoret and the beginning of another. One who awakens during the night will not know whether it is before midnight or after, until he can see the break of day. So, too, the events of a century often seem so uniform, without any recognizable distinction between them, that men do not know whether the era in which they live should be regarded as constituting a step forward to a new day, or as backsliding into a night that is darker still than what has gone before.

Many times, G-d will allow a thousand years to stream away, or to flow down to earth like drops of rain. “They,” the millennia, are like a long sleep; the true, spiritual personality of the human being is not given the opportunity to unfold; it is dormant. Actually, however, this long sleep which appears as if it were a kind of death, is a process of regeneration and restoration. Once morning will come and the millennium of sleep is past, then “it,” man’s personality, will rise up in a renewed vigor like a fresh young sprout of grass. (Commentary on Tehilim)