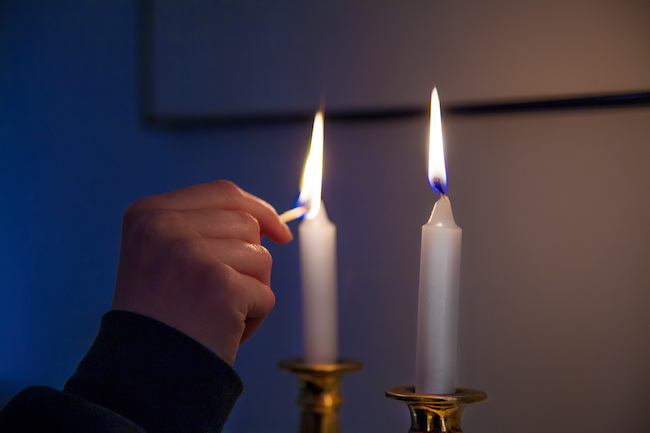 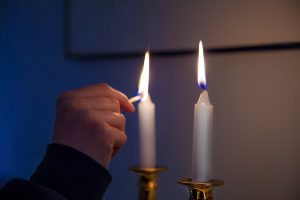 With this week’s parashah, the Torah closes the book on the lives of the Avot / Patriarchs. Among the many lessons that we learn from their lives, one is found in the words we recite in Minchah of Shabbat: “A day of rest and holiness You have given Your people–Avraham would rejoice, Yitzchak would exalt, Yaakov and his sons would rest on it.” R’ Samson Raphael Hirsch z”l (1808-1888; rabbi in Frankfurt, Germany) explains: Avraham was a “prince of Elokim” (23:6), a great personality among men, gladdened by G-d and ennobled by His closeness. His son Yitzchak, in contrast, was forced to fight against the rebuffs of envy and the hostility of jealousy (see Bereishit, ch. 26). The lot of Yaakov was harsher still; it was his fate to have to earn a living for himself and his family by hard labor and servitude in the household of a crafty master. This account has profound meaning for us today, R’ Hirsch continues. Regardless of what one’s own life portion may be, Shabbat brings us joy. An “Avraham” blessed with happiness will find the pinnacle of his blessings, true rejoicing, only in that awareness of G-d which Shabbat gives him, reminding him that all the good which is his has come from G-d alone. To a “Yitzchak,” with not a friend in the world, Shabbat affords ample compensation for the friendship of his fellow man, for Shabbat makes him and his small family circle aware that G-d is near and present in their midst. On Shabbat, even a family of a “Yaakov,” laboring under the weight of distress and oppression, finds both physical rest and spiritual calm and serenity. (The Hirsch Siddur p.395)

The Gemara (Ta’anit 5b) relates: Rabbi Yitzchak said to Rabbi Nachman, “So said Rabbi Yochanan, ‘Our Patriarch Yaakov did not die’.”

Rabbi Nachman retorted, “Was he then eulogized, embalmed, and buried for no reason?”

Rabbi Yitzchak replied, “I am telling you a Derashah on the verse (Yirmiyahu 30:10), ‘As for you, do not fear, My servant Yaakov, says Hashem, and do not be afraid, Yisrael, for behold! I am saving you from distant places, and your descendants from the land of their captivity . . .’ The verse equates Yaakov and his descendants; just as his descendants are alive, so Yaakov is alive.” [Until here from the Gemara]

R’ Yitzchak Hutner z”l (1906-1980; Rosh Yeshiva of Yeshiva Chaim Berlin in Brooklyn, N.Y.) explains: The key words in Rabbi Yitzchak’s answer are, “I am telling you a Derashah on a verse.” Contrary to a popular misconception, writes R’ Hutner, D’rush (Midrash) is not an elaboration on the P’shat / “simple” meaning of the verse. Rather, P’shat and D’rush describe different dimensions of reality. Physically, Yaakov did die, and therefore he was eulogized, embalmed, and buried. That is the P’shat. But, there is a dimension of reality in which Yaakov Avinu never died.

Our Sages teach: “Hashem looked in the Torah and created the world.” The Torah is the blueprint for all of existence. This means, writes R’ Hutner, that every dimension of existence must be alluded to somewhere in the Torah. P’shat describes one such dimension, and D’rush describes a different dimension.

R’ Hutner writes: The basis for this understanding of the difference between P’shat and D’rush is the explanation that R’ Yehuda Loewe z”l (Maharal of Prague; died 1609) gives to a verse in next week’s Parashah (Shmot 2:5), “Pharaoh’s daughter went down to bathe by the River and her maidens walked along the River.” Our Sages say that the maidens in this verse were “walking” to their death because they discouraged Pharaoh’s daughter from rescuing the Jewish baby (Moshe). Why doesn’t the verse say this explicitly? Maharal explains that, had we been standing there, we would not have seen anyone dead or dying. In the dimension of P’shat, the maidens were, literally, walking along the River. However, a part of them, some part of their souls, did die, such that they lost their ability to influence Pharaoh’s daughter. That is death in the dimension of D’rush. (Pachad Yitzchak: Pesach ch.52)

One might ask: Why do Tzaddikim desire life? And, why do we look forward to Techiyat Ha’meitim / the Resurrection of the Dead? At first glance, the answer to both questions is: In order to serve Hashem. But, don’t angels also sing praises to Hashem, a form of Divine service? What is the advantage of serving Hashem while living in this world?

R’ Kook answers: There is an old debate whether angels are greater than Tzaddikim or vice verse. R’ Chaim of Volozhin (1749-1821; founder of the first yeshiva as we use that term today) explains that both viewpoints are correct. Creation is made up of many different spiritual levels, and man has some aspect of each of those levels within him. In contrast, angels are assigned to one level and exist only there. On any given level, the holiness of an angel on that level exceeds the holiness that a person draws from that level. However, considering the combined holiness of all of the levels within a person, man is holier than an angel.

This, continues R’ Kook, is true only while a person is alive. After he dies, just as the body and soul separate, so the different aspects of the soul disperse to their respective spiritual “places.” Tzaddikim desire life and look forward to Techiyat Ha’meitim because they wish to serve Hashem with their bodies together with all the aspects of their souls. That, after all, is what makes man greater than an angel!

When we say that Yaakov Avinu never died, R’ Kook writes, we mean that, even in death, the aspects of his soul remain unified. Thus, he continues to serve Hashem on a level higher than any angel, something that most people, even many Tzaddikim, cannot do in death. This is the level that our Sages refer to when they say (Berachot 18a), “Even in death, Tzaddikim are called ‘Living’.” Thus, the Sage Rabbi Yehuda Ha’nassi, the editor of the Mishnah, was able to “come home” every Friday night to recite Kiddush for his widow (see Gemara Ketubot 103a). For the same reason, according to some opinions (though this is not the accepted Halachah), the body of a deceased Tzaddik does not transmit Tum’ah / ritual impurity.

R’ Kook adds: If Techiyat Ha’meitim is merely the reunification of all of the aspects of the soul (and the body), then our existence and spiritual opportunities after that event will be no different than they are now. If so, why is it something to look forward to? He explains: In this world, there are negative spiritual forces–for example, the Yetzer Ha’ra and Tum’ah–that hinder the many aspects of the soul from working in harmony to serve Hashem. After Techiyat Ha’meitim, those negative forces will not interfere with our service of Hashem. (Metzi’ot Katan, paragraphs 63 & 65)

“Whoever guards the Shabbat day from desecration, his Creator will forgive his sin; then will come his redeemer named ‘Shiloh’ . . .” (From the zemer Mah yafit)

“Shiloh” is a reference to Mashiach, taken from a verse in our Parashah (49:10), “The scepter shall not depart from Yehuda, nor a scholar from among his descendants, until Shiloh arrives . . .”

The Gemara (Sanhedrin 98b) offers five possibilities for Mashiach’s name. They are: Shiloh, Yinon, Chananiah, Menachem ben Chizkiyah, and Chivra d’bei Rabbi. R’ Eliyahu Shick z”l (Lithuania; 1809-1874) quotes a Midrash that cites five factors that brought about the Exodus from Egypt: suffering, Teshuvah, the merit of the Patriarchs, G-d’s compassion, and the end of the designated time. The five names of Mashiach allude to the fact that the same five factors will bring about the final redemption. For example, as noted above, the name “Shiloh” alludes to the End of Days. Some say that the name “Yinon” comes from the root meaning “birth,” and alludes to the merit of our forefathers. “Chaninah” means compassion. “Ben Chizkiyah” alludes to Teshuvah, for the son of King Chizkiyah (in the First Temple era) was one of the great penitents in history. Finally, the word “Chivra” means disease (see Rashi z”l to the Gemara) and alludes to suffering. (Ein Eliyahu)

If there was a designated time for the Exodus, why were other causes necessary? R’ Eliezer Dovid Gruenwald z”l (Hungary; 1867-1928) explains that the Exodus would have occurred at the designated time in any event, but merits were necessary to bring about the miracles that accompanied the Exodus. (Haggadah Shel Pesach Chasdei David)