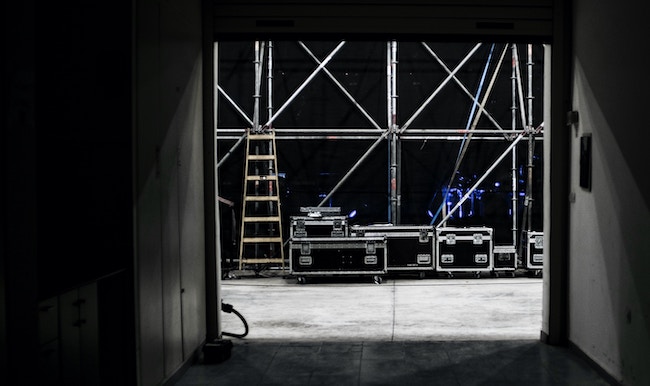 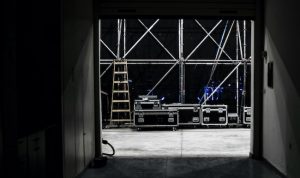 This week’s Parashah is devoted entirely to Korbanot / sacrificial offerings. Commentaries offer several different explanations for the practice of offering animal sacrifices. According to R’ Moshe ben Maimon z”l (Rambam / Maimonides; 1135-1204; Spain and Egypt), Hashem does not actually want Korbanot. However, since mankind, including Bnei Yisrael, was accustomed to offering animal sacrifices to idols, Hashem could not stop that practice altogether. Instead, He allowed Bnei Yisrael to continue to offer animal sacrifices, but commanded that they channel their service toward Him. [See Moreh Nevochim III ch.32. Also see the commentary of R’ Moshe ben Nachman z”l (Ramban; 1194-1270; Spain and Eretz Yisrael) to Vayikra 1:9, disagreeing in strong language with Rambam’s explanation.]

R’ Moshe ibn Al Askar z”l (Maharam Al Askar; 1466-1542; Spain and Eretz Yisrael) writes: Know that Rambam’s words are the words of Rabbi Pinchas ben Yair in Midrash Vayikra Rabbah! He says, “To what may this be compared? To a king who had a son who ate animals that died of natural causes. The king said, ‘What shall I do? To stop him entirely is impossible. Let him eat at my table and he will become accustomed to being civilized.’ This was Hashem’s intention as well, as we read (Vaykra 17:5), ‘So that Bnei Yisrael will bring their offerings that they have been slaughtering on the open field, and they shall bring them to Hashem . . .’”

Furthermore, writes Maharam Al Askar, Rambam never said that the reason he gave for Korbanot was the only reason. Each Mitzvah can have more than one reason! (She’eilot U’teshuvot Maharam Al Askar No. 117 [p. 364])

The Gemara (Nedarim 9b) relates that the Sage Hillel would not consecrate an animal for a sacrifice until he was already inside the Temple courtyard. That way, it was offered immediately, and no one ever had an opportunity to misuse his sanctified animal.

R’ Ben Zion Nesher shlita (one of the senior rabbis in Tel Aviv, Israel) observes that this practice is alluded to in Tehilim (116:18–part of Hallel), “I will pay my vows to Hashem.” Where? “In the courtyards of the house of Hashem.” (Haggadah Shel Pesach Shir Tziyon p.100)

Rashi z”l writes: The word “Karcha” is connected in meaning with “Mikreh” / “happenstance, chance.” [Rashi’s second explanation is omitted here.] A third explanation is that “Karcha” is connected with the word “Kor” in the phrase “Kor Ve’chom” / “cold and heat,” meaning: he cooled you off after the boiling heat you had before. All the nations were afraid to wage war against Bnei Yisrael, and this one came and showed it was possible. The situation may be compared to a boiling hot bath into which no one could descend. A good-for-nothing came and sprang down into it; although he scalded himself, he cooled it off for others.” [Until here from Rashi, based on Midrash Tanchuma]

R’ Avraham Zvi Kluger shlita (Chassidic Mashpia in Bet Shemesh, Israel) elaborates: Amalek also “cooled-off” Bnei Yisrael themselves. After 210 years of slavery, longing, and preparation for the redemption, Bnei Yisrael had finally left Egypt. They finally had hope for a better future. They were “burning hot” with excitement and anticipation. And what happened? They encountered a new enemy and were shown that the smooth road they were expecting was not to be. Immediately, their enthusiasm was cooled-off, to the point that they were unable to accept the Torah wholeheartedly and, ultimately, they built the Golden Calf.

R’ Kluger continues: The Purim story–in which Amalek’s descendant, Haman, is a key player–reflects a similar pattern. We tend to read Megillat Esther in isolation, unaware of its historical context, but that is not how it should be read, writes R’ Kluger. The Megillah opens: “And it came to pass in the days of Achashveirosh–he is the Achashveirosh who reigned from Hodu to Kush, over a hundred twenty-seven provinces.” This wording (“he is . . .”) implies that we should know Achashveirosh from somewhere else. Indeed, we should know him–specifically, from the Book of Ezra, which relates that Emperor Cyrus gave permission to build the second Bet Hamikdash, and his successor–none other than Achashveirosh–withdrew that permission. Our Sages tell us that he did so on the advice of Haman and his sons. That is where the Megillah begins, which explains the comment of the Gemara (Megillah 11a): “He is Achashveirosh who was evil from start to finish.” The Megillah is a continuation of his story.

We read (Esther, end of ch.2) that Mordechai saved Achashveirosh’s life and his deed was recorded in the royal chronicles. In the very next verse (3:1), we read, “After these things, King Achashveirosh promoted Haman.” How are these events related?

R’ Kluger explains: What was written above answers these questions. Achashveirosh was the king who stopped the rebuilding of the Bet Hamikdash. Indeed, the Gemara says that the feast at the beginning of Megillat Esther was his celebration of the fact (so he believed) that the Bet Hamikdash would never be rebuilt (see below). Therefore, when Mordechai saved the king’s life and deserved a reward, Achashveirosh elevated Haman to power. Mordechai might have asked that his reward be the rebuilding of the Bet Hamikdash, but having Haman as prime minister would ensure that the Temple would not be rebuilt.

R’ Kluger concludes: The prophet Yirmiyahu had promised that the Jewish People would be redeemed after 70 years of exile in Bavel (Babylon). But, since the exile had occurred in stages, no one knew when those 70 years had begun and when they would end. Many kings, including Achashveirosh, miscalculated the end of the 70 years and celebrated prematurely. The Jews, too, did not know the correct calculation. Thus, when Achashveirosh’s predecessor, Emperor Cyrus, gave permission to rebuild the Temple, the Jewish People felt–as had their ancestors at the Exodus–that they were “home free.” But, like Amalek’s attack that cooled Bnei Yisrael’s excitement, Haman and his co-conspirator Achashveirosh, cooled off the Jewish People in their time. That is the story behind the story of Purim. (Va’yoshet Ha’melech: Introduction)

Siddur Avodat Yisrael cites a custom to recite Psalm 50 on the Shabbat on which Parashat Vayikra is read. However, on the Shabbat when Parashat Zachor is read, Psalm 109 is substituted. Accordingly, we present here verses from, and commentaries on, that Psalm.

“Appoint a wicked man over him, and let an adversary stand to his right.” (Verse 6)

R’ Machir ben Abba Mari z”l (13th or 14th century; probably from southern France) cites a Midrash: The Sages Rabbi Yochanan and Rabbi Levi were on their way to the public bath in Tiveryah. They encountered a pitiful-looking person, who said to them, “Gain merit through me” [i.e., “Give me Tzedakah”]. They said to him, “On our return trip we will gain merit through you.” When they returned, they found him dead. They said, “Since we did not take care of him in life, let us take care of him in death.” When they washed his body, they found a pouch containing 600 Dinar hanging from a chain on his neck. They proclaimed, “Blessed is He Who chose the words of the wise men and their students!” Did not Rabbi Abahu say in the name of Rabbi Elazar: We are obligated to be grateful to con men, for if there were no con men, there would be no excuse for a person who refuses to give charity, and he would be punished immediately. (Yalkut Ha’Machiri)

Does one perform any Mitzvah if he gives Tzedakah to someone who is unworthy? R’ Daniel Z. Feldman shlita (Teaneck, N.J.) writes, citing earlier sources, that there are two aspects to the Mitzvah of Tzedakah. Giving Tzedakah is meant to accomplish a beneficial result. If the recipient is not needy, no beneficial result is accomplished. However, giving Tzedakah is also an exercise in emulating G-d’s kindness and generosity. This is accomplished even if the recipient is not deserving. (Divine Footsteps: Chessed and the Jewish Soul, Introduction)