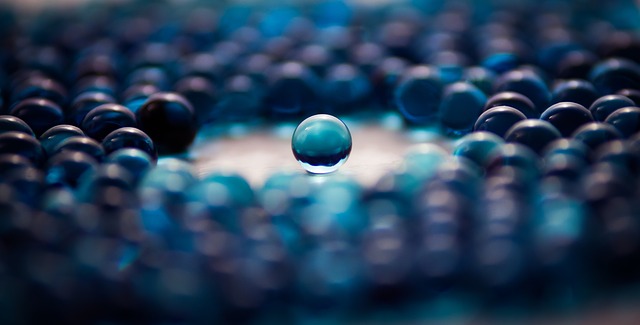 Alone on That Day 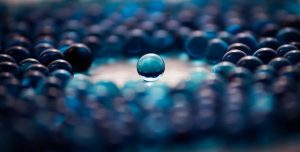 We read in this week’s Parashah about Yaakov’s struggle with Esav’s guardian angel, an account that begins (32:25), “Yaakov was left le’vado / alone, and a man wrestled with him until the break of dawn.” Midrash Rabbah comments that, in this way, Yaakov resembled Hashem, about Whom it is written (Yeshayah 2:11), “Hashem le’vado / alone will be exalted on that day.” [Until here from the Midrash]

At first glance, this Midrash is incomprehensible, writes R’ Chaim Halberstam z”l (1793–1876; rabbi of Nowy Sacz, Galicia, Halachic authority, and the first Sanzer Rebbe). Nevertheless, it may be understood as follows:

It is fundamental to our belief that Hashem is the One and Only Power in the world, and that our deeds, whether good or bad, have no impact on Him whatsoever. Hashem created the world, including mankind, solely so that we can use our Bechirah / free will to choose to honor Him, thereby earning reward for ourselves. True, it appears in our world that Hashem is not, G-d forbid, in control, but that is all an allusion that will remain in place until “that day” referred to in the above verse, i.e., a future time, when “Hashem alone will be exalted.”

Similarly, the challenges posed by the Yetzer Ha’ra, the guardian angel of Esav, mask the holiness of the souls of Yaakov’s descendants. In reality, those souls are “alone,” unique in their holiness. However, that holiness is concealed because “a man”–the Yetzer Ha’ra–wrestles with those souls “until the break of dawn,” until “that day” when Hashem’s light and the purity of our souls will finally be revealed. (Divrei Chaim)

R’ Ben Zion Nesher shlita (one of the senior rabbis in Tel Aviv, Israel) wonders about Yaakov’s seeming excitement in this verse. This was not the first time that Yaakov saw an angel; the Torah is full of previous encounters between Yaakov and angels! Indeed, at the beginning of this week’s Parashah, we even read that Yaakov ordered angels to serve as his messengers to Esav, and they obeyed his orders!

R’ Nesher explains Yaakov’s feelings here, based on three introductory points: First, we read regarding Yaakov’s fight with Esav’s guardian angel (32:25), “Yaakov was left alone ‘Va’yei’a’vek ish’ / and a man wrestled with him until the break of dawn.” Rashi z”l offers two possibilities for the root of the word “Va’yei’a’vek” / “he wrestled”–either, “Avak” / “dust,” meaning that they wrestled fiercely and raised a cloud of dust, or “Chibuk”/ “hug, describing how they tenaciously held-on to each other during their fight. (The Aramaic word for “hugging” is “Avik.”)

Second: The Gemara (Chullin 91a) records two opinions regarding the human form that Esav’s guardian angel took. One sage says that the angel appeared to Yaakov “as a Torah scholar”; the other says that he appeared “as an idolator.”

Third: We read that Yaakov prayed (32:12), “Rescue me, please, from the hand of my brother, from the hand of Esav.” His words seem to be redundant, for who was his brother if not Esav! Commentaries explains that Yaakov was praying: “Rescue me, whether he comes to me lovingly as a brother, to attract me to his culture, or whether he comes as Esav, my enemy.”

R’ Nesher continues: The battle between Yaakov and Esav has two components–one, the fight against the enemies who want to exterminate the Jewish People; the other, the fight against the enemies who want to destroy the Jewish People through assimilation. Esav’s angel can appear as an idolator, openly hostile to our beliefs, or as a Torah scholar, pretending to be our ally. These two approaches, writes R’ Nesher, are alluded to by the two meanings of “Avak” described above: a fight to the death that raises a cloud of dust, or a struggle involving a “hug,” a feeling of closeness.

R’ Nesher concludes: Esav is most dangerous when he appears in the latter form, disguised as our friend, precisely because the danger is less apparent in such a situation. Yaakov, however, recognized the danger represented by Esav’s “hug,” and that is why he felt particularly grateful upon being saved from this angel. (Haggadah Shel Pesach Shir Tziyon p.112)

“It came to pass on the third day, when they [the people of Shechem] were in pain, that two of Yaakov’s sons, Shimon and Levi, Dinah’s brothers, each man took his sword and they came upon the city confidently, and killed every male.” (34:25)

Rashi (to Tractate Nazir 29b) writes that, according to tradition, Shimon and Levi were thirteen years old at this time. That makes Levi (the younger of the two) the youngest person referred to in the Torah as “man” (“Ish”), which teaches that a boy becomes an adult at the age of thirteen.

R’ Asher ben Yechiel z”l (the “Rosh”; Germany and Spain; 1250-1327) writes that the age of majority–thirteen for a boy and twelve for a girl–is a Halachah L’ Moshe M’Sinai / a teaching that Hashem gave Moshe Rabbeinu orally and to which there is no allusion in the Written Torah. [In contrast, most of the Oral Law is alluded to somewhere in the Written Torah.]

R’ Dov Ber Treves z”l (rabbi of Vilna in the days of the Vilna Gaon; died 1803) writes: At first glance, one might wonder why the Rosh disregards the allusion to the age of majority found in our verse and cited by Rashi. The answer may be, R’ Treves writes, that our verse doesn’t say that a boy younger than thirteen cannot also be called an “Ish.” Furthermore, our verse doesn’t teach at what age girls are considered adults (i.e., twelve), nor does it teach what physical changes in a young man or woman’s body are treated by Halachah as signs of adulthood. For all of those reasons, the Halachah L’Moshe Mi’Sinai is required notwithstanding the hint in our verse. (Revid Ha’zahav)

The word “Chamas” also can mean “theft.” The Midrash explains that Esav is a “man of Chamas” because he stole hundreds of animals from Yaakov. How so? R’ Moshe Aharon Padua z”l (1805-1867; Karlin, Belarus) explains that by accepting the ransom that Yaakov gave involuntarily, Esav was effectively stealing. (See also verse 10 in this week’s Haftarah.)

Why would David pray to be saved from Esav, who had died more than 600 years earlier? R’ Padua explains that he was referring to the “Exile of Edom,” our Sages’ name for the exile that began at the hands of Esav’s descendants, the Romans, and which continues to our day. (Be’ur Ha’RAM)

R’ Moshe ben Maimon z”l (Rambam; 1135-1204; Spain and Egypt) writes: The Mizbei’ach / Altar may be made only of stones cut at right angles. When the Torah says (Shmot 20:21), “’A Mizbei’ach of earth you shall make for Me,” it means that the Mizbei’ach should be connected to the ground; it should not be built on a platform raised on arches or tunnels. As for the verse that says (Shmot 20:22), “If you make for Me a Mizbei’ach of stones,” we have a tradition that it is not optional [as implied by the word ‘If’], but rather obligatory. (Hilchot Bet Ha’bechirah 1:13)

R’ Yehuda Rosanes z”l (1657-1727; Chief Rabbi of the Ottoman Empire) asks: How can Rambam say that the Mizbei’ach should not be built on a platform raised on arches or tunnels? In fact, the entire Mizbei’ach / Temple Mount was a platform constructed over arches and tunnels–a design that prevented Tum’ah / ritual purity from long-lost graves that might have existed on that site, but were forgotten, from contaminating the Bet Hamikdash.

It must be, R’ Rosanes answers, that Rambam understands the verse he cites to be teaching that, even so, the specific location of the Mizbei’ach should be directly on the ground. Only the rest of the Har Ha’Bayit was built on a platform over arches. (Mishneh La’melech)

R’ Yeshayah Zilberstein z”l (1857-1930; rabbi of Vác, Hungary) asks: How could the Mizbei’ach not be built on a platform over arches? As noted, the entire purpose of building the Har Ha’Bayit on such a platform is to prevent the Tum’ah from a hidden grave from rising to the surface and contaminating the Temple. What if there is a long-lost grave directly under the location of the Mizbei’ach?