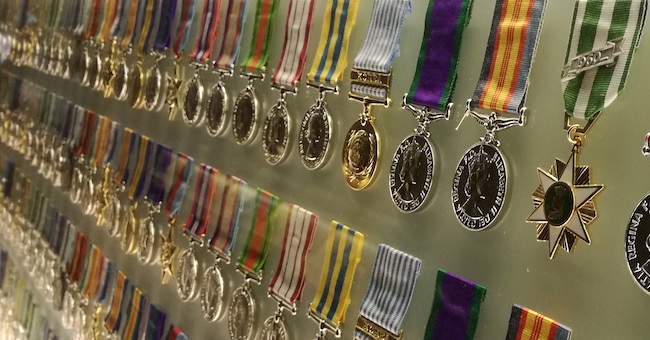 Not for a Prize 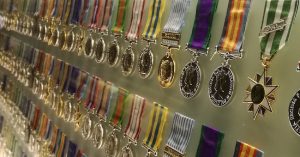 A well-known Mishnah (Avot 1:3) teaches: “Antignos of Socho received the Torah from Shimon Ha’tzaddik. He (Antignos) used to say, ‘Do not be like servants who serve their master in order to receive a reward. Rather, be like servants who serve their master not for the purpose of receiving a reward, and may the fear of Heaven be upon you’.” [Until here from the Mishnah]

R’ Menachem Mendel Hager z”l (1886-1941; rabbi, Rosh Yeshiva and Chassidic Rebbe in Viseul de Sus, Romania) notes that the Hebrew initials of the phrase, “Because the people come to me to seek Elokim,” spell “Achilah” / “eating.” This indicates that Bnei Yisrael sought advice from Moshe Rabbeinu about how to make their physical activities more spiritual. R’ Hager notes that the Hebrew initials of the phrase (Devarim 14:23), “To fear Hashem, your Elokim, all the days,” likewise spell “Achilah,” indicating that eating can be turned into a form of Divine service. (Haggadah Shel Pesach She’eirit Menachem p.256)

“‘And now, if you listen well to Me and observe My covenant, you shall be to Me the most beloved treasure of all peoples, for the entire world is Mine. You shall be to Me a kingdom of Kohanim and a holy nation.’ These are the words that you shall speak to Bnei Yisrael.” (19:5-6)

R’ Yaakov ben Asher z”l (1269-1343; Germany and Spain) writes: The Sage Rabbi Tzaddok teaches: One who does not recite Havdalah on Motzai Shabbat over wine or does not hear Havdalah from someone else will never see Hashem’s blessing. On the other hand, if one does recite Havdalah over wine or does hear Havdalah from someone else, Hashem calls him “holy” and treats him like a “treasure,” as described in the above verses. The Sage Rabbi Yochanan teaches: There are three groups of people who inherit the World-to-Come: those who live in Eretz Yisrael, those who raise their children to study Torah, and those who recite Havdalah over wine on Motzai Shabbat. (Arba’ah Turim: O.C. 296)

Why is reciting Havdalah so important? R’ Yehoshua Falk Katz z”l Poland; 1555-1614) explains: Our Sages say that observing Shabbat is equivalent to keeping all of the other Mitzvot combined. A person who does not make a proper Havdalah implies that he does not distinguish between Shabbat and weekdays. [This implies a rejection of the very important Mitzvah of Shabbat.]

Alternatively, the wording of our verse suggests a connection to Havdalah. We read (here), “You shall be to Me the most beloved treasure of all peoples.” And, we read (Vayikra 20:26), “Va’avdil / I have separated you from the peoples to be Mine.” [“Va’avdil” shares the same root as “Havdalah.”] Thus, when a person recites Havdalah, he testifies to the special nature of the Jewish People. (Prishah: O.C. 296:14)

“The Kohanim, and the people — they shall not break through to ascend to Hashem, lest He burst forth against them.” (19:24)

R’ Yitzchak Abarbanel z”l (see above) writes that this is one of many verses that teaches us the right and wrong way to study Torah. The verse teaches us: Know your limits; do not overreach. Similarly, we read (Mishlei 4:26), “Weigh the course of your foot, and all your ways will be established.” That verse is teaching us not to take oversized steps, which tire a person before he reaches his destination. Rather, take very measured steps. In this verse, King Shlomo is not giving us advice about good walking habits; he is teaching us how to study Torah.

The same message, writes R’ Abarbanel, is taught in Pirkei Avot (1:4): “Drink in their [i.e., the Torah scholars’] words thirstily.” No matter how thirsty a person is, he must drink deliberately, for he will choke if he tries to swallow too much at once. (Nachalat Avot)

“A Mizbei’ach / Altar of earth shall you make for Me, and you shall slaughter near it your Olah-offerings and your Shelamim-offerings, your flock and your herd; wherever I will mention My Name, I shall come to you and bless you.” (20:21)

Rashi z”l explains: “Wherever I will mention My Name” means, “Where I will give you permission to mention My Name,” in other words, in the Bet Hamikdash.

Why are we prohibited from uttering the Ineffable Name? R’ Eliezer Fishel explains: This Divine Name represents the idea that Hashem is “Hayah, Hoveh, Ve’yehiyeh” / “He Is, He Was, and He Will Be.” In a way, however, merely expressing that idea detracts from Hashem’s greatness. Present (“He Is”), past (“He Was”) and future (“He Will Be”) are aspects of time, whereas Hashem created time and is beyond time. Were we to utter that Name, we would be breaking Hashem’s existence into components of time, whereas He is One, and for Him, present, past, and future, are One. (Olam Echad ch.2)

Siddur Avodat Yisrael cites a custom to recite Psalm 19 on the Shabbat on which Parashat Yitro is read. Accordingly, we present here verses from, and commentaries on, that Psalm.

R’ Yehuda Aryeh Leib Alter z”l (1847-1905; second Gerrer Rebbe; known as the “Sfat Emet”) notes that these verses include six expressions about the Torah (perfect, trustworthy, upright, clear, pure, and true), paralleling the Shishah Sidrei Mishnah / Six Orders of the Mishnah. This teaches that each of the Sedarim/ Orders has a different influence on a person who studies it. Nevertheless, the verses conclude, they are “correct together” — the Torah is a unified whole.

The Sfat Emet continues: While the following idea is admittedly esoteric, the truth is that every letter of the Torah “contains” every other letter. In other words, everything that a person can gain from any one letter of the Torah, he could potentially gain as well from any other letter. (Of course, different verses teach different Mitzvot, and a person cannot pick and choose, but the idea expressed here is true on a certain level.) This is the deeper meaning behind the Gemara’s statement that the Torah is not necessarily written in chronological order. It does not need to be, because the all the letters allude to all the events.

The Sfat Emet concludes: Another idea found here is expressed by the Midrash Tanchuma: In the business world, if two people barter objects, then neither one has what he started with. In contrast, if two Torah scholars “trade” Sedarim of the Mishnah–i.e., each one teaches the other the Order that he knows and the other doesn’t know–both are enriched, while also keeping what they started with. Torah unifies people because every person has his unique share in the Torah, but he can transmit his unique portion to someone else. (Sfat Emet Al Tehilim)