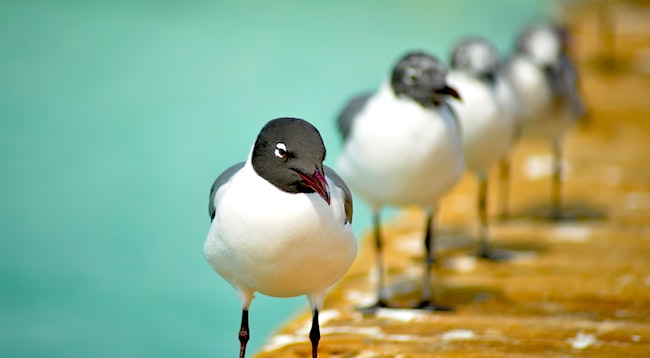 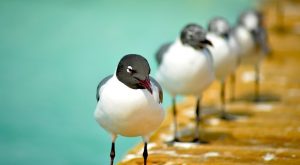 Sponsored by
Eli, Rachel Adina, Daniel Avraham,
Yonatan and Chana Rutstein
in honor of the birthday of
their wife and mother Galit Rutstein

In this week’s Parashah, we read about the incident of the Golden Calf. Following Bnei Yisrael’s sin, Hashem taught Moshe Rabbeinu the Yud Gimel Middot Shel Rachamim / Thirteen Attributes of Mercy. We read (34:6-7), “Hashem passed before him and proclaimed, ‘Hashem, Hashem, Kel, Compassionate and Gracious, Slow to Anger, and Abundant in Kindness and Truth; Preserver of Kindness for thousands of generations, Forgiver of Iniquity, Willful Sin, and Error, and Who Cleanses — but does not cleanse completely . . .’” Making a play on the phrase, “passed before him,” the same phrase the Talmud uses to describe a Sheliach Tzibbur / Chazzan approaching the lectern to lead the prayers, the Gemara (Rosh Hashanah 17b) states: “If not for this verse, we could not say this on our own; the verse teaches that Hashem, so-to-speak, wrapped Himself up as a Sheliach Tzibbur wraps himself [in a Tallit], and taught Moshe how to pray. He told him, ‘Whenever Yisrael will sin and then will do this order, I will forgive them’.” [Until here from the Gemara]

R’ Chaim Zaichyk z”l (1906-1989; Rosh Yeshiva of Yeshivat Bet Yosef-Novardok in Buchach, Poland; later in Israel) encourages us to pay close attention to the order that we are supposed to “do”: First, be “slow to anger.” Then, be “abundant in kindness.” Dispense goodness freely, and do not stand up for your honor. Only then, when you have perfected your good Middot / character traits, then you may be a zealot “who does not cleanse completely.” (Ohr Chadash: Elul & R.H. p.56)

“Moshe pleaded before Hashem, his Elokim, and said, ‘Why, Hashem, should Your anger flare up against Your people, whom You have taken out of the land of Egypt, with great power and a strong hand?’” (32:11)

R’ Yitzchak Maltzen z”l (1854-1916; Lithuania and Eretz Yisrael) asks: How is this an argument for mercy? To the contrary, Hashem seemingly would be justified in letting His anger flare up against the people for whom He did so many miracles, as they repaid His kindness by making the Golden Calf!

He answers: Of course, nothing is difficult for Hashem. However, His Midat Ha’Din / Attribute of Justice demands that the world run according to a certain order. When Hashem took Bnei Yisrael out of Egypt “with great power and a strong hand,” they were not deserving; therefore, He had to subdue His Midat Ha’Din, which objected to the Exodus.

This is what Moshe meant, concludes R’ Maltzen. Do not be angry with Your people. You already overruled the world order once when You took them out of Egypt. Now, do it again!

“He said, ‘If I have now found favor in Your eyes, my Master, let my Master go among us — ‘Ki’ it is a stiff-necked people, and You shall forgive our iniquity and error, and make us Your heritage’.” (34:9)

“Ki” usually means “because.” But, how is the fact that Bnei Yisrael are “a stiff-necked people” a reason for Hashem to “go among us”?

R’ Menachem Ha’meiri z”l (1249-1306; Provence; author of the Talmud commentary Bet Ha’bechirah) writes: Here, the word “Ki” does not mean “because”; it means “although.” We find a similar usage in Tehilim (25:11), “Pardon my guilt, Ki it is great,” meaning, “although it is great.” Likewise, Yosef said to the baker and the cupbearer (Bereishit 40:15), “For indeed, I was kidnaped from the land of the Hebrews, and even here I have done nothing ‘Ki’ they have put me in the dungeon.” Yosef meant: “Do not suspect that I have done something to deserve being in the dungeon. Although you see me here, I am the victim of a kidnaping and have done nothing wrong.” We also find this meaning in Hoshea (13:14 – in the Haftarah for Shabbat Shuvah), “Return, Yisrael, to Hashem, your Elokim, ‘Ki’ you have stumbled through your iniquity.” This means: Although you have sinned, repentance is never impossible. (Chibur Ha’Teshuvah 1:1)

“You shall observe the Festival of Matzot . . . in the month of spring; . . . You shall make the Festival of Shavuot with the first offering of the wheat harvest; and the Festival of the Harvest-gathering [Sukkot] at the changing of the year. Three times a year all your males shall appear before the Master, Hashem, Elokei Yisrael.” (34:18, 22-23)

R’ Yitzchak Isaac Chaver z”l (1789-1852; rabbi of Suvalk, Lithuania) explains: Hashem has given us three festivals — Pesach, Shavuot, and Sukkot — that correspond to three agriculture-related milestones –the spring, the harvest, and the harvest-gathering. This might leave a person confused about the real reason for rejoicing on the festivals: is it because of our relationship with Hashem, or is it because of “the day,” i.e., the agricultural milestone? (One practical outcome of how we answer this question, notes R’ Chaver, is whether the Jewish People in exile, few of whom own or farm agricultural land, must continue to observe the festivals.)

R’ Chaver continues: The Torah answers this question by commanding that we visit the Bet Hamikdash on each of the festivals. This teaches that the primary reason for rejoicing is our relationship with Hashem. Indeed, each of the festivals corresponds to a seminal event that helped forge that relationship: the Exodus, the Giving of the Torah, and appearance of the Clouds of Glory, which testify that we reside in Hashem’s “shadow.” (Si’ach Yitzchak: Drush Le’chag Ha’sukkot)

Rashi z”l comments that this verse is referring to the second Luchot / set of tablets. Then he asks: “And from where was Moshe privileged to have the rays of glory?” [See Rashi’s commentary for his answer.]

R’ David Halevi z”l (1586-1667; Poland; known as the “Taz”) asks: Rashi stresses many times that his goal is to explain the Peshat / “simple” meaning of the verses. How does this question further that goal? Also, why does the question begin with “And”?

He answers: Because Rashi interprets the Luchot of the verse as the second set, he now must deal with a follow-up question: “And, from where” did Moshe get these rays of light now, whereas he did not receive them after the first set of Luchot?”(Divrei David)

“We ask and expound upon the laws of Pesach 30 days before Pesach.” (Pesachim 6a)

R’ Yosef Karo z”l (1488-1575; Greece and Eretz Yisrael; author of the Shulchan Aruch and other works) explains: The ruling that we ask and expound upon the laws of Pesach 30 days before Pesach does not mean that we are obligated to study and teach that subject during that time period. Rather, the Gemara relates to the rule that, when two people each ask a rabbi a question, he should answer the timely question first. During the 30 days before Pesach, the Gemara is teaching, a question about Pesach is considered timely.

Alternatively, writes R’ Karo, the Gemara means the laws of preparing for Pesach should be studied and taught 30 days before Pesach. This is necessary because those laws are so numerous and complex, and there are many preparations to make before the festival. In comparison, building a Sukkah is relatively easy and can be done even on the day before Sukkot. Even the laws of Lulav and Etrog are not so complicated, as most Lulavim and Etrogim are kosher, observes R’ Karo. On the other hand, when the Gemara obligates us to study the laws of each festival on that festival, it refers to studying the reasons for, and messages contained within, the laws of the holidays, in addition to studying the “do’s and don’t’s” associated with each holiday.

Another possibility, concludes R’ Karo, is that the original enactment to study the laws of Pesach 30 days in advance referred to the laws of the Korban Pesach. (Bet Yosef 429:1)