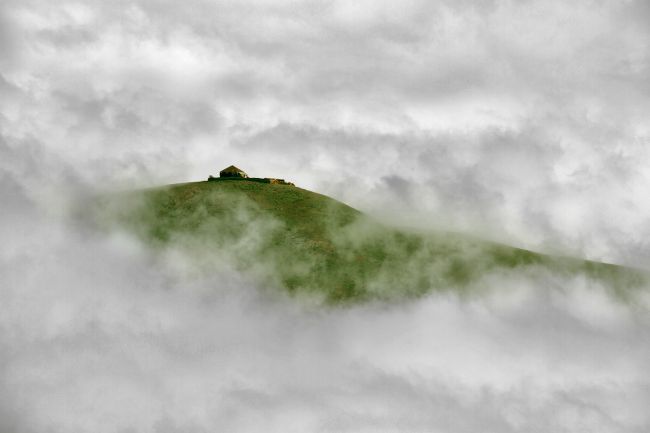 Things That Are Hidden 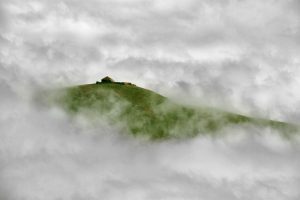 Rabbi and Mrs. Yaakov Greiniman
in honor of Morris and Marilyn Edeson
on the birthday of Morris Edeson

R’ Shlomo Ephraim z”l of Lunschitz (17th century; author of the Torah commentary Kli Yakar) answers by noting that there are two other dates that are hidden as well: the date of one’s eventual death and the date of the arrival of Mashiach. The reason for all of these is the same, says R’ Shlomo Ephraim. Being in doubt forces us to think differently. Not knowing the date of the Giving of the Torah allows us to feel every day as if the Torah is new. Not knowing when Mashiach will come can drive us to repent constantly in order to merit his arrival. Not knowing when we will die also can lead us to repent constantly in preparation for the Great Judgment. Finally, not knowing when the Day of Judgment (Rosh Hashanah) is prevents us from sinning all year long, when it is seemingly safe to do so, and planning to repent at the last moment. (Olelot Ephraim II 33)

Of course, we do know when the Day of Judgment (Rosh Hashanah) and the Day of the Giving of the Torah (Shavuot) are because the Oral Tradition teaches us these facts. Perhaps, suggests R’ Menachem Simcha Katz shlita (Brooklyn, NY), the Torah is teaching us a second lesson: that without complete loyalty to the Oral Tradition and meticulous adherence to the laws found in it (i.e., in the Talmud), Teshuvah is impossible or meaningless. This is alluded to in the blessing of the daily Shemoneh Esrei which speaks of Teshuvah: “Return us, our Father, to Your Torah; draw us close, our King, to Your service, and [then] return us in complete repentance before You.” (Simcha L’ish p. 406)

R’ Moshe Zvi Neriyah z”l (1913-1995; Rosh Yeshiva in Kfar Ha’roeh, Israel, and founder of the Bnei Akiva youth movement) wonders: Is this verse referring to a place to which one returns, as the word “until” implies?

He explains: The result of the Teshuvah process is that G-d forms man anew. He continues: Teshuvah is remarkable; had Hashem not told us that it is effective, we would never have imagined it on our own. Doing Teshuvah is logical, but that Teshuvah is accepted is not. How can one just erase the past and be born anew?!

Several verses refer to Teshuvah using “purification” as a metaphor, for example (Vayikra 16:30) “For on this day he shall provide atonement for you to cleanse you; from all your sins before Hashem shall you be cleansed” and (Yirmiyah 17:13) “Hashem, Mikveh of Israel!” This is because we can grasp the concept of purification by analogy to physical cleansing. In turn, this assists us in grasping the cleansing and renewing effect of Teshuvah.

With this we can understand as well the “place” to which one returns when he repents. It is not a physical place but rather the “point” from which one was created. (Me’orot Neriyah: Elul-Tishrei p.19)

One might think that he is obligated to sin so that he can fulfill the Mitzvah of Teshuvah. Otherwise, he might go through his entire life without ever performing this mitzvah.

Not so, says R’ Chaim Chizkiyah Medini z”l (author of the Halachic encyclopedia Sdei Chemed; died 1904). Rather, just as our Sages say that one who studies the laws of the Temple service is deemed to have performed the service, so one who studies the laws of Teshuvah is considered to have performed that Mitzvah. Thus, even if one never sins, he still can fulfill the commandment to repent. (Drush B’ma’alat Midat Ha’anavah; reprinted in Ohr Ha’chamah p.338)

“For this commandment that I command you today — it is not hidden from you and it is not distant.” (30:11)

R’ Chanoch Henach ben Avraham z”l (“R’ Chanoch Darshan”; Poland and Central Europe; died 1663) writes: The straightforward meaning of this verse is that Teshuvah, which was mentioned in the preceding verses, is not beyond a person’s reach.

He continues: We read in Parashat Yitro (Shmot 19:5), “And now, if you listen well to Me. . .” Rashi z”l comments: “Every beginning is difficult, but if you take upon yourselves now the observance of my commandments, they will be pleasing to you from now on.” This, too, teaches that Teshuvah and good deeds are not beyond a person’s reach. If one only takes the initiative, the process will be pleasant going forward.

R’ Chanoch notes several related teachings of our Sages: We read in Shir Ha’shirim (5:2), “Open up to Me, My sister.” The Midrash comments on these words: “If you open an opening for Me [Hashem] like the point of a needle, I will open an opening for you wide enough for wagons to pass through.” This, writes R’ Chanoch, also is meant to teach how easy Teshuvah is. In addition, it alludes to the Gemara’s statement (Sukkah 52a) that a person cannot defeat the Yetzer Ha’ra without Divine assistance. Therefore, all that is expected from us is to begin the process (“open an opening like the point of a needle”) and Hashem will do the rest (“open an opening wide enough for wagons to pass through”).

R’ Dr. Joseph Breuer z”l (1882-1980; Rosh Yeshiva in Frankfurt-am-Main, Germany; later, rabbi of Khal Adath Jeshurun/”Breuer’s” in New York) writes regarding the Piyutim / liturgical poems that are inserted into the prayers on Rosh Hashanah and other occasions (to a greater or lesser degree, depending on each congregation’s custom):

Our Piyutim come to us from a time long gone and bear witness to a noble era in our history. We are indebted to the Masters of Halachah who, despite certain misgivings, made the Piyutim a permanent part of our prayers. We would not want to be without them.

Piyutim sing the praises of the incomparable resolve and perseverance of our people; the abiding pride they take in their view of life; the idealism rooted in an irrepressible optimism; the undaunted courage stemming from a profound sense of the G-d-willed way of life.

It is these writings of an era long past which carry an eternal message for every age, to ponder and emulate the hard-won achievements of our forefathers. We are to take up their legacy which they have entrusted to us and for which they were ready to offer up their lives. We may not easily disregard such a bequest, not simply reject that which our forefathers had fought for with their lifeblood. . . .

Piyutim, themselves, provide a superb commentary to the prayers. Their authors had a profound understanding of prayers and of the enriching benefit of prayer in our lives. [R’ Breuer quotes his grandfather, R’ Samson Raphael Hirsch z”l in his work Chorev § 671:] “The Piyutim are little else than a more complete development of the significance of the day and the life-thoughts flowing therefrom. From the treasures of Jewish Knowledge, the Payton / liturgical poet sets before himself the day according to its historical and legal [Halachic] aspect, and according to the views our Chachomim [Sages] expressed concerning both. Filled with this knowledge, he treats the individual sections of the Divine service, rounding out the concepts in light of the significance of the day.”

[R’ Breuer continues:] When we read the Piyutim of our forefathers, we can see how prayer was part of their soul, for they drew the kind of strength from it that truly begets life. It is well to listen carefully to the words that bear witness to the manner in which the fathers approached their prayers. . . . Much of what they wrote seems alien to us. But, if the spirit of these Piyutim is also alien to us, then perhaps we have an even more compelling need for them.

The fabric of the Piyutim is an abundant mixture of Halachic and Midrashic material, and its terse brevity is often veiled and ponderous. But, we cannot really fault our poets if they were able to see reflected in our prayers a wealth of wisdom and enlightenment.

[Again, quoting R’ Hirsch:] “We ought to envy the age when Yaakov’s heritage was the common possession of the community of Yaakov, and when its spirit infused all its adherents to such an extent that the Payton could expect his listeners to have knowledge of at least the main facts and legal concepts, as well as the most important sayings of our Sages. The Payton thus had only to arouse the basic tone in order to awaken the full chord in the mind of his listeners.” (The Piyutim of Rosh Hashanah: Introduction)