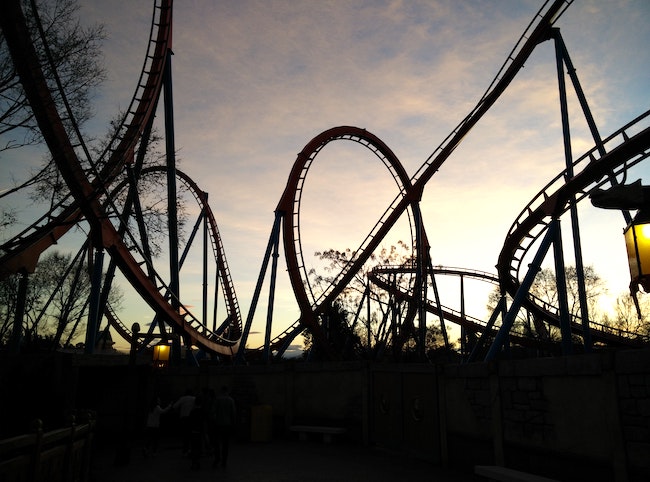 The Torah’s Ups and Downs 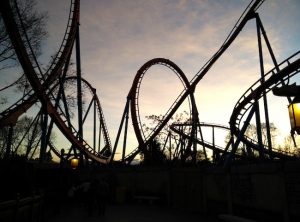 This week’s Parashot teach the laws of Tzara’at and describe the process of purification from that condition. Regarding this, R’ Zvi Yehuda Kook z”l (1891-1982; Rosh Yeshiva of Yeshivat Merkaz Harav) teaches:

The Torah necessarily encompasses man’s entire existence. Certainly the Torah relates to a normal, healthy person. The first part of the Book of Vayikra describes lofty spiritual levels– the sacrifices and the dedication of the Mishkan. But, the Torah is meant to direct a person, and the life of a typical person includes times when he is not elevated. In Parashot Tazria and Metzora we meet the Jew when he is in an unhealthy state; specifically, when he is spiritually unhealthy.

The unique aspect of the human being is his power of speech. Thus, on the verse (Bereishit 2:7), “And G-d blew into his nostrils the soul of life, and man became a living being,” Onkelos comments, “He became a speaking spirit.” Man’s speech reveals his thoughts. Man has within him a special soul, and that soul’s power reveals itself through speech. Also, man is a social creature, which is made possible by speech.

But, speech is a terrifying and horrible thing when used impurely. This is why Chazal speak so strongly of the evils of Lashon Ha’ra. When one corrupts the power of speech, he corrupts the essence of the human being.

Chief among all illnesses are those which come from unhealthy speech. All other faults stem from there. When man is worthy, he radiates the light of Torah on his surroundings. When he is unworthy, there will (G-d forbid) be Tzara’at in his house. (Ha’Torah Ha’go’ellet Vol. II p.134)

Midrash Rabbah relates: A peddler circulated in the towns surrounding Tzippori proclaiming: “Who wants to buy the elixir of life?” [Tzippori was a major city in the Galilee during and after the Second Temple period.]

The Sage Rabbi Yannai met him and said, “Sell it to me!”

The peddler took out a Book of Tehilim and showed Rabbi Yannai the verses (34:13-14), “Who is the man who desires life? . . . Guard your tongue from evil, and your lips from speaking deceit.”

Rabbi Yannai said, “All my days, I did not know the simple meaning of this verse until this peddler arrived and informed me. Therefore, Moshe Rabbeinu warns Yisrael: ‘This shall be the law of the Metzora’ — a contraction of ‘Motzi Shem Ra’ / one who gives others a bad name.” [Until here from the Midrash]

R’ Yisrael Ze’ev Halevi Horowitz z”l (1778-1861; rabbi of Sátoraljaújhely (“Uhel”), Hungary; later settled in Teveryah, Eretz Yisrael) writes: A story very similar to this appears in the Gemara (Avodah Zarah 19b), but there the person traveling between the towns is not described as a peddler; rather he is called Rabbi Alexandri. Why is Rabbi Alexandri described as a peddler? Moreover, what exactly did Rabbi Yannai learn from this encounter that he found so meaningful?

R’ Horowitz explains: On Pesach, we engage in various activities — for example, eating Karpas, covering and uncovering the Matzah — in order to prompt children to ask questions. But why? Why do we not just lecture our children about the Exodus and the associated miracles?

The answer is that it is well known that a person retains information better when he is curious about it, when he has a desire to learn that information. The story of the Exodus is the foundation of our Emunah / faith in the G-d of the world; it is the basis for the entire Torah. The Torah wants us to teach the lessons of the Exodus to our children and it wants our children to retain those lessons. Therefore, we are commanded to transmit the lessons via questions and answers, prompting our children’s curiosity and then satisfying their desire to know, so they remember.

R’ Horowitz continues: The Gemara (Bava Metzia 84a) relates: The Sage Rabbi Elazar was sitting before the Sage Rabbi Yochanan. After each teaching that Rabbi Yochanan taught, Rabbi Elazar said, “I know a source that supports your teaching.” Rabbi Yochanan became angry. “Don’t you realize I already know I am correct?” he asked. “When [my student, the Sage Rabbi Shimon] the son of Lakish was alive, he would challenge each of my teachings with 24 questions, and I would give him 24 answers, and that way the teaching was clarified.” [Until here from the Gemara.] This, too, demonstrates the value that our Sages placed on learning through questions and answers, writes R’ Horowitz.

R’ Horowitz continues: A person who feels sick is more likely to follow a regimen of medications than a person who is told that he is sick, but who has no symptoms. The same thing is true of a person who feels that his soul is unhealthy; he is more susceptible to being healed than someone who is at peace with his spiritual level.

Perhaps, writes R’ Horowitz in light of the foregoing, Rabbi Alexandri used to circulate around Tzippori dispensing Mussar and Tochachah / rebuke to the townspeople for speaking Lashon Ha’ra and otherwise misusing the power of speech. But, he noticed that it was having no or little effect. Therefore, he tried a new tactic: he acted like a peddler who was selling the elixir of life. He convinced people that he had something they wanted, and they became more open to his teachings. After all, who does not want the elixir of life?

R’ Horowitz explains further: Rabbi Yannai had been bothered by the same question: Why did King David start with a question? After meeting “the peddler,” Rabbi Alexandri, Rabbi Yannai understood the verse for the first time.

R’ Horowitz concludes: In our verse, too, there seem to be superfluous words – “This shall be the law of the Metzora . . .” The Torah could leave out those words and just tell what the law of the Metzora is, i.e., what Korbanot he must bring to achieve atonement. But, the Torah wants us to question: Why are these words here? What do they teach? They are here, says the Midrash, to make us focus on the word “Metzora,” so we discover that it is a contraction of “Motzi Shem Ra” / one who speaks Lashon Ha’ra and gives other people a bad name. In this way, because we questioned, we will realize on our own, and we will remember, how terrible are the consequences of misusing one’s gift of speech. (Lakachat Mussar)

“Be careful with a light Mitzvah as with a weighty Mitzvah.” (Avot ch.2)

R’ Chaim of Volozhin z”l (Belarus; 1749-1821) writes: Our Sages instruct us to perform a Mitzvah She’lo L’shmah / not with the correct intention if we cannot perform it L’shmah / with the correct intention. The former, writes R’ Chaim, is what our Mishnah describes as a “light” Mitzvah, while the latter is described as a “weighty” Mitzvah. Be careful even with a “light” Mitzvah, for even its reward is very great. (Ruach Chaim)

Rabbah bar Machsaya said that Rav Chama bar Guria said that [the sage] Rav said: One who gives a gift to his fellow is obligated to inform him, as it is written (Shmot 31:13), [“You shall speak to Bnei Yisrael, saying, ‘However, you must observe My Sabbaths, for it is a sign between Me and you for your generations,] to know that I am Hashem, Who makes you holy’.” Hashem said to Moshe, “I have a good gift in My treasure house. Its name is Shabbat, and I wish to give it to Yisrael. Go tell them!”

R’ Yehuda Loewe z”l (Maharal of Prague; died 1609) asks: All Mitzvot have rewards! Why does the Gemara single out Shabbat?

He explains: It is true that the Gemara (Kiddushin 39b) says: “There is not a single Mitzvah on which Techiyat Ha’meitim / the Resurrection of the Dead does not hang.” Every Mitzvah brings a person to Olam Ha’ba / the World-to-Come. However, Moshe was not required to specifically inform Bnei Yisrael of that reward, because the reward merely follows from the Mitzvah; the reward is not the essence of the Mitzvah and, therefore, was not the “gift” that Hashem was giving when He gave the Mitzvah.

Shabbat is unique in that Shabbat is Olam Ha’ba. The Gemara (Berachot 57b) says, “Shabbat is a microcosm of the World-to-Come.” Also (Rosh Hashanah 31a), “[Olam Ha’ba is] a day which is entirely Shabbat.” When Hashem gave the Mitzvah of Shabbat, He gave the gift of Olam Ha’ba. That connection is not obvious; rather, the true nature of the gift that is Shabbat is hidden in Hashem’s treasure house. Therefore, Bnei Yisrael needed to be informed of the gift they were receiving. (Chiddushei Aggadot)