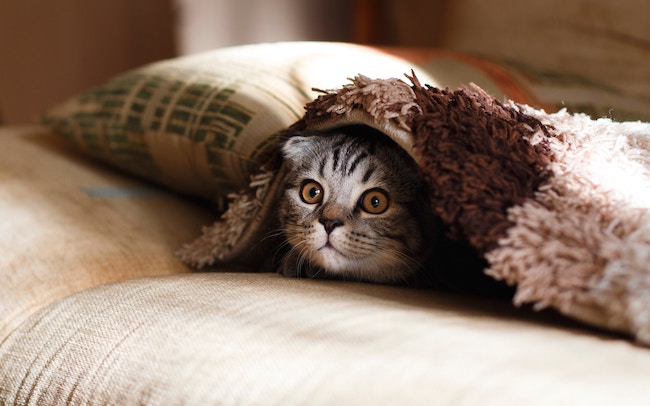 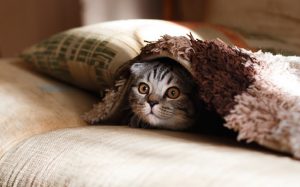 Every year, the first ten days of the month of Tishrei are set aside as the “Aseret Yemei Teshuvah” / “Ten Days of Repentance.” R’ Avraham Halevi Horowitz z”l (16th century; father of the Shelah Hakadosh) explains that this period was designated as the time for Teshuvah because Rosh Hashanah is the anniversary of [man’s] creation. Our Sages teach that G-d knew at the time of creation that mankind could not be perfect and would sin. Therefore, He created the concept of Teshuvah even before He created the physical world. However, writes R’ Horowitz, it would not have been seemly for Rosh Hashanah itself to be the day of forgiveness; after all, that is the Day of Judgment. Therefore, Hashem has given us a period after the Day of Judgment to mitigate the harshness of the judgment through repentance. This is the meaning of the verse (Yeshayah 55:6), “Seek Hashem when He can be found” (which our Sages say is a reference to the Aseret Yemei Teshuvah). When “can He be found”? Only after He shows Himself by creating the world!

Therefore, continues R’ Horowitz, on each day of the Ten Days of Repentance, one must turn aside somewhat from his mundane affairs — or even better, at night, when he is in any case free from the interference of other people — to reflect on his sins and confess about them. This should be done with crying, tears and heartbreak as if a close relative had died, as we read in Tehilim (119:136), “My eyes shed streams of tears because they did not keep Your Torah.” A repentant person should not underestimate the importance of tears, for our Sages have taught that the “Gates of Tears” are never locked. (Emek Berachah p.200)

“My anger will flare up against [the nation] on that day and I will forsake them; and I will conceal My face from them and they will become prey, and many evils and distresses will encounter [the nation]. It will say on that day, ‘Is it not because my G-d is not in my midst that these evils have come upon me?’ But, conceal, I will conceal My face on that day because of all the evil that [Yisrael] did, for it had turned to the gods of others.” (31:17-18)

R’ Menachem Mendel Krochmal z”l (Poland; 1600-1661) asks: In verse 17, G-d conceals His face once, and this concealment leads to “many evils and distresses,” yet in verse 18, where He conceals His face doubly, no evils follow! Why?

He explains: The Gemara (Megillah 12a) asks, “Why did the Jews of Haman’s generation deserve to be destroyed?” The Gemara answers, “Because they had bowed down to Nevuchadnezar’s statue.” (See Daniel ch.3.) The Gemara asks further, “Then why were they not wiped out?” and it answers, “Just as they bowed down only for show, not with idolatrous intent, so G-d’s decree that they be destroyed was only for show.” We see, writes R’ Krochmal, that G-d sometimes hides His face “for show,” but nothing bad happens as a result. Sometimes, when G-d hides Himself, it leads to great pain and suffering, while other times He hides Himself only so that we will search for Him.

The Gemara states that verse 18 contains an allusion to Queen Esther, whose name means “concealment.” This is not merely a play on words, R’ Krochmal notes. Rather, as we have just seen, our verse alludes to the way in which G-d concealed Himself in Esther’s time – just for show, just so we would search for Him. (Pi Tzaddik: Drush 48)

“But, conceal, I will conceal My face on that day because of all the evil that [Yisrael] did, for it had turned to the gods of others.” (31:18)

R’ Nachman of Breslov z”l (1772-1810) teaches: There are two levels of Hester Panim / concealment of G-d’s “face”. When G-d merely hides Himself, it is difficult to find Him, but it is possible if one looks hard enough. And, since one knows that G-d is hidden, one can motivate himself to seek Him.

The Gemara (Yoma 86a) teaches, based on our verse’s use of the phrase “until Hashem”–“Teshuvah is very great, which reaches until the Throne of Glory.”

This teaching usually is understood as describing the greatness of Teshuvah, i.e., “Teshuvah is so great that it elevates the penitent all the way to the Throne of Glory.” However, R’ Menachem Ha’meiri z”l (1249-1306; Provence; author of the Talmud commentary Bet Ha’bechirah) suggests a different interpretation: “Teshuvah is very great! When is it very great? When it is the type of Teshuvah that reaches until the Throne of Glory.” Teshuvah that consists of rote recital of Vidui / confession and apologies is not “great.” In contrast, if the penitent’s thoughts are pure and he clings to Hashem, to the Throne of Glory, then Teshuvah is great. (Chibur Ha’teshuvah 1:1)

“Who, Kel, is like You, Who pardons (literally, ‘carries’) iniquity and overlooks (literally, ‘passes over’) transgression for the remnant of His heritage? Who has not retained His wrath . . .” (Michah 7:18)

R’ Shlomo Kluger z”l (1785-1869; rabbi of Brody, Galicia) writes that this idea is alluded to in our verse: “Who, Kel, is like You, Who carries iniquity” from one person to another, i.e., from the one who humiliates another to the one he humiliated.

R’ Kluger explains the continuation of the verse in the same vein: Even when You [Hashem] transfer sins in this manner, Your kindness causes You not to count the transferred sin as an intentional transgression, only as an unintentional one (even if the sin originally was committed intentionally). Thus, You “pass over [part of the] transgression.” For whom do you do this? For humble people, who view themselves as only “the remnant of [Your] heritage,” not as anybody important. And, why do You lighten the sin when You transfer it to the second person? Because You “have not retained [Your] wrath,” i.e., You want to make it possible for this second person to obtain forgiveness. (Kohelet Yaakov: Shabbat Shuvah, Drush 1)

Siddur Avodat Yisrael cites a custom to recite Psalm 65 on the Shabbat on which Parashat Vayeilech is read. Accordingly, we present here verses from, and commentaries on, that Psalm.

“Fortunate is the one whom You choose and draw near to dwell in Your courtyards; may we be sated with the goodness of Your House, the holiest part of Your sanctuary.” (Verse 5)

R’ Stern asks: How does the cited verse prove that the ingathering of the exiles will precede the rebuilding of Yerushalayim? Perhaps the verse should be read: “The Builder of Yerushalayim is Hashem; [and then] the outcasts of Yisrael He will gather in”! In fact, the verse is inconclusive.

Rather, he writes, the verse and the Midrash are not referring to the physical ingathering of the exiles. Rather, “gather in” also connotes developing closeness and affection. “If one would tell you that Yerushalayim has been rebuilt, but the exiles have not yet developed closeness and affection in place of the Sin’at Chinam / baseless hatred that led to the destruction of the Temple in the first place, do not believe it.”

This, continues R’ Stern, is alluded to in our verse: Fortunate is one who will cause hearts to “draw near,” to feel closeness and affection for other Jews. He will merit to “dwell in Your courtyards” because he will have caused Yerushalayim to be rebuilt. (Shevet Mi’Yisrael)