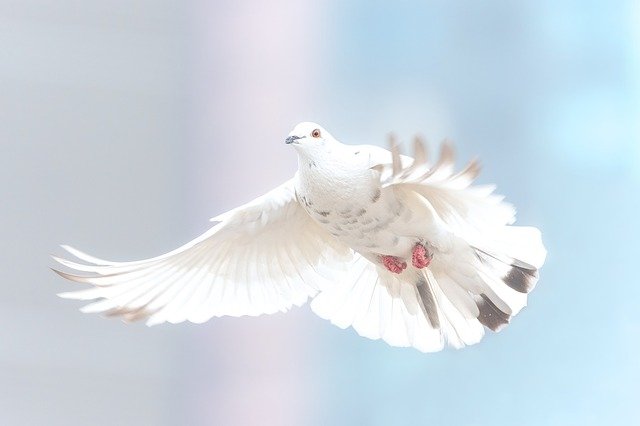 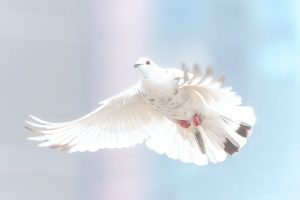 Following Korach’s rebellion, which is described in our Parashah, Elazar Ha’kohen was told to take the copper pans in which each of the rebels had offered Ketoret / incense and to hammer them out as a covering for the Mizbai’ach / altar. The Torah explains, “As a reminder to Bnei Yisrael, so that no alien who is not a descendant of Aharon draw near to [offer Ketoret] before Hashem, that he not be like Korach and his assembly . . .” Commenting on this verse, the Gemara (Sanhedrin 110a) teaches: “Anyone who carries-on a Machloket / divisive disagreement transgresses the negative commandment ‘that he not be like Korach and his assembly’.”

R’ Sasson Mordechai Moshe z”l (Baghdad; 1747-1829) writes: This transgression is not like most other transgressions, because a person transgresses it at every moment, night and day, if he could put a Machloket to rest and he fails to make peace. He writes further: When a person is involved in Machloket, how can he pray in Shemoneh Esrei daily: “Sim shalom” / “Establish peace”–asking Hashem to do something that he refuses to do himself? We know that Hashem hates Machloket, for on the day when Hashem created division (the second day, when He divided between the waters above and the waters below), the Torah does not say, “Ki tov” / “It was good.” Notably, that was a division that was necessary, but Hashem still refused to call it “good.” The Torah tells us, on the opposite extreme, that fire and water–sworn enemies–made peace to do the will of Hashem, when the hailstones in Egypt came down with fire inside them. How much more should we, who are recipients of reward and punishment for our deeds, learn to make peace! (Kol Sasson ch.27)

“They gathered together against Moshe and against Aharon and said to them, ‘It is too much for you! For the entire assembly–all of them–are holy and Hashem is among them; why do you exalt yourselves over the congregation of Hashem?’” (16:3)

How could Korach and his followers make such an accusation? asks R’ Shalom Flam z”l (1929-2003; Stretiner Rebbe in Brooklyn, N.Y.). After all, the Torah testifies (Bemidbar 12:3), “The man Moshe was exceedingly humble, more than any person on the face of the earth”! Likewise, the Gemara (Sanhedrin 110a) says that some of Bnei Yisrael suspected Moshe of other sins. How is that possible?

R’ Flam answers: When a person has not perfected his own character, he sees his own faults in other people–even in a Tzaddik like Moshe Rabbeinu. He can think that he himself is the Tzaddik and the second person–the Tzaddik–has precisely those faults that the first person himself has. He is like someone looking in a mirror, but not realizing it.

The next verse relates: “Moshe heard and fell on his face.” R’ Flam explains: R’ Yitzchak Luria z”l (“The Arizal”; 1534-1572) teaches that those who know how, can read a person’s sins on his face. Moshe fells on his face as if to say: “They are not seeing these sins on my face.” Also, this action said: “There is no purpose in my engaging with them.” (Divrat Shalom)

“He spoke to the assembly, saying, ‘Turn away now from near the Ohalim / tents of these wicked men, and do not touch anything of theirs, lest you perish because of all their sins.’ Va’yai’alu / So they got themselves up from near the Mishkan / dwelling of Korach, Datan, and Aviram . . .” (16:26-27)

Why does the Torah switch from using the word “Ohel” / “tent” to using the word “Mishkan” / “dwelling” or “sanctuary”? R’ Aharon z”l (Chassidic Rebbe in Zhytomyr, Ukraine; died 1816) explains:

Our words and deeds build spiritual structures around us, like an Ohel / tent that surrounds a person. In verse 26, Moshe is warning Bnei Yisrael: Distance yourselves from the “tents” created by these people’s bad deeds, lest you get caught up in them.

On the other hand, through good words and deeds, we can make the Ohel that we “build” into a Mishkan, where the Shechinah resides. Korach and his followers surely performed many good deeds, including studying Torah and praying, before they turned bad. Thus, they, too, had “built” a Mishkan. The Gemara (Chagigah 15a) teaches that there are situations in which a sinner’s good deeds are credited to a righteous person instead of to the sinner who performed those good deeds. Thus, says the verse: “Va’yai’alu” / Bnei Yisrael “got themselves up”–they were elevated–by the Mishkan that these sinners had built. (Toldot Aharon)

“The earth opened its mouth and swallowed them and their households, and all the people who were with Korach, and their entire wealth.” (16:32)

R’ Aharon Lewin z”l Hy”d (the Reisher Rav; killed in the Holocaust) asks: Why are Korach’s followers affirming the truth of the Torah? Where do we find in the Torah that they had questioned it? Also, why, of all adjectives, do they describe the Torah as “true”?

He explains: “True” is a synonym for “eternal.” Something that is believed accurate today, but will be discovered tomorrow to be wrong, cannot be called “true,” R’ Lewin writes. Thus, if the Torah could be amended or revoked, we would not call it “true.” The Torah is “true” because it cannot be changed.

How do we know the Torah cannot be changed? R’ Yosef Albo z”l (Spain; 1380-1444) writes that the single most important foundation upon which our belief in the Torah’s eternity rests is the premise that Moshe was the greatest prophet who ever lived, and that there will never be another equal to him. Since there is not, never was, and never will be a prophet as great as Moshe, there is no one who can countermand Moshe’s teachings; therefore, the Torah can never be amended or revoked.

It follows, continues R’ Lewin, that one who challenges Moshe’s unique status is challenging the eternity, the truth, of the Torah itself. In effect, when Korach picked a fight with Moshe Rabbeinu, claiming that Moshe had acted without Hashem’s authority, Korach was also attacking the Torah.

We read (Kohelet 12:10), “Kohelet sought to find words of delight, and words of truth recorded properly.” The Gemara (Rosh Hashanah 21b) interprets: Kohelet–another name for King Shlomo–wanted to attain the same level of prophecy as Moshe Rabbeinu. He was told, however, that this is impossible, because of “words of truth recorded properly”–a reference to the Torah. R’ Lewin explains: Why could King Shlomo not attain Moshe’s level of prophecy? Because, as explained, our guarantee that the Torah is eternal (“true”) is the fact that it was given by a prophet whose level of prophecy will never be matched. If no one can equal the prophet who delivered the Torah to us in the first place, then the Torah can never be changed. Thus, King Shlomo could not attain Moshe’s level. And, when Korach’s followers affirm that “Moshe is true,” they are affirming, as well, that the “Torah is true,” and vice-versa. (Ha’drash Ve’ha’iyun)

R’ Shimshon Dovid Pincus z”l (rabbi of Ofakim, Israel; died 2001) writes: “Bitzur,” from the verse (Tehilim 18:7), “Ba’tzar / In my distress, I call to Hashem,” refers to calling out in a time of “Tzarah” / distress. This is the most basic form of prayer: seeking G-d’s mercy. Indeed, Halachah requires us to pray “like a pauper begging for his needs.”

R’ Pincus elaborates: Being in a constant state of Tzarah is what distinguishes humans from all other creations. All other creations seek their needs automatically as part of their inborn nature. And, when an animal has eaten its fill, it does not worry about where its next meal will come from. Only humans, who have intelligence, think about the future. The more intelligent a person, the more he is in distress in this way.

R’ Pincus continues: Some people worry about their material needs or how to gain more wealth. The righteous do not worry about those things, because they have Bitachon / trust that Hashem will provide their needs. Instead, their distress is about their spiritual state–for example, whether they are fulfilling their obligations to G-d. Every human worries about something and, therefore, is in a constant state of Tzarah.

A person could form a relationship with Hashem without being in a state of Tzarah, R’ Pincus writes. However, that would require tremendous motivation and initiative on the person’s part. Therefore, Hashem helps us connect with Him [which is, after all, why we were created] by giving us reasons to pray. Being aware that we are in a state of Tzarah is the first and foremost strategy we have for motivating ourselves to pray properly. (She’arim B’tefilah p.26)