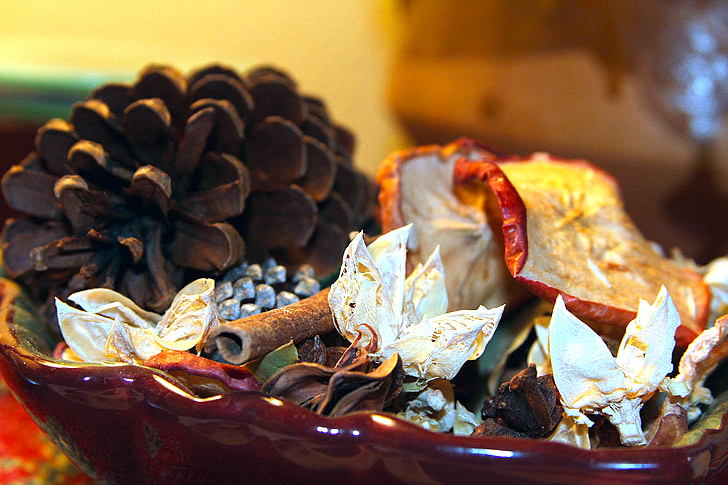 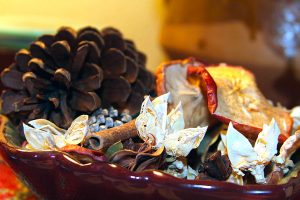 Sponsored by
Harold and Gilla Saltzman,
on the yahrzeit of his mother, Rebecca Saltzman
(Rivka Rachel bas Yehuda Leib a”h)

Our Parashah opens with Hashem’s command to Avram (Avraham) to leave his homeland and travel “to the land that I will show you” (Eretz Yisrael). A Midrash relates that Hashem told Avraham: “Travel from place to place and your name will become great throughout the world, like a bowl of perfume.” Avraham was promised that wherever he went, he would leave a positive impression, as a bowl of perfume leaves an aroma in every room through which it is carried, and in that way the entire world would come to recognize Hashem.

R’ Gedaliah Silverstone z”l (1871-1944; rabbi in Belfast, Ireland; later rabbi of Congregation Ohev Shalom in Washington, D.C.) writes: We, the Jewish People, have been exiled from our Father’s table and have gone from diaspora to diaspora and wandering to wandering, while the other nations sit tranquilly and securely in their lands. Yet, we still take pride in being the chosen nation, and we declare in our prayers on every Yom Tov, “You have chosen us from among all the nations!” Likewise, we say in our blessings over the Torah, “Who has chosen us from among all the nations.”

R’ Silverstone continues: We could ask ourselves, “In what way do we feel chosen? In what way do we feel loved?” The answer is that we understand that our exiles and wanderings serve the same purpose as Avraham’s wanderings: Hashem moves us from place to place so that we can make a positive impression, just as one does with a bowl of perfume. (Korban Pesach Al Haggadah Shel Pesach)

R’ Moshe Shoham z”l (approximately 1740-1820; rabbi of Dolina, Ukraine) asks: Of course, if he went as Hashem commanded, then he left to go to Canaan!

He explains: We read about Avraham’s father at the end of last week’s Parashah that he took his family and “They departed . . . from Ur Kasdim to go to the land of Canaan.” Why did he not make it? Terach had an ulterior motive: he needed to flee Ur Kasdim, so he decided to go to beautiful Eretz Yisrael. Such a person does not deserve the Holy Land. In contrast, Avraham’s only intention was to fulfill Hashem’s command; he left only “to go to the land of Canaan.” (Divrei Moshe)

The Gemara (Nedarim 32a) teaches: Why was Avraham punished that his descendants were enslaved in Egypt for 210 years? Because he took Torah scholars to war! [Until here from the Gemara]

R’ Yitzchak Arieli z”l (1896-1974; Mashgiach of Yeshivat Merkaz Harav; author of Enayim La’mishpat) observes that Mashiach will be a descendant of Lot. [Mashiach will come from King David, who came from Ruth the Moabite, who was a descendant of Lot.] We see how Hashem brings the cure–the Final Redemption–from the very same source as the malady–the first exile, i.e., both are results of Avraham’s rescuing Lot. (Haggadah Shel Pesach Shirat Ha’geulah p.55)

“He said to Avram, ‘Know with certainty that your offspring shall be aliens in a land not their own. They will serve them, and they will oppress them four hundred years’.” (15:13)

In fact, as the Gemara quoted above notes, Bnei Yisrael were in Egypt for only 210 years. We say about this in the Pesach Haggadah, “The Holy One, He is Blessed, calculated the end.”

R’ Arieli explains: From the moment that Avraham Avinu was told that his descendants would be enslaved, he felt their pain. Hashem factored in Avraham’s pain when He “calculated the end,” counting the 400 years from Avraham’s days rather than from when Bnei Yisrael actually arrived in Egypt. (Ibid p.56)

More from the same work:

We read in the Haggadah, “If He had given us their money and not split the sea for us, it would have sufficed!”

What good would the Egyptians’ wealth have been to Bnei Yisrael if the latter had lost their lives when the Yam Suf failed to split? R’ Arieli explains: The wealth that Bnei Yisrael received from the Egyptians removed the stigma of slavery from Bnei Yisrael by making them paid workers. That was the real purpose of stripping the Egyptians of their wealth, not to enrich Bnei Yisrael or even to demoralize the Egyptians. That is why it was important enough for Hashem to mention in His prophecy to Avraham. (Ibid p.67)

“This is My covenant which you shall keep between Me and you and your descendants after you: every male among you shall be circumcised.” (17:10)

In order to answer this, R’ Chagiz writes, we need to understand the nature of the additional blessing that the father recites at a circumcision: “Who sanctified us with his Mitzvot and commanded us to bring him [the child] into the covenant of Avraham Avinu.” Why are there two blessings for the same Mitzvah? [The Mohel, who serves as the father’s agent to circumcise the baby, recites the blessing mentioned in the first paragraph above, and then the father recites the just-mentioned second blessing.] If one would send an agent to perform another Mitzvah on his behalf, there would not be two Berachot recited!

R’ Chagiz explains: Halachah states that, if a father does not circumcise his son, society as a whole is obligated to ensure that the child is circumcised. Thus, when a Mohel circumcises a baby, he plays a dual role: he is the father’s agent, and he also fulfills his independent obligation to ensure the child has a Brit Milah. That is why there are two blessings: the father’s blessing (“To bring him into the covenant of Avraham Avinu”) is a Berachah on his personal obligation, while the Mohel’s blessing covers society’s general obligation. The Mohel cannot say, “Who . . . commanded us La’mool / to circumcise,” for Hashem did not command this particular Mohel to circumcise this particular child; rather, all Jews are commanded. Instead, the Mohel should recite the more general text: “Who . . . commanded us Al Ha’milah / regarding the circumcision.” And, once that text was established for the Mohel to recite, a father who circumcises his own child recites the same Berachah, in addition to reciting his personal, second blessing, “To bring him into the covenant . . .” (Halachot Ketanot I 49)

“Those whose hope is in Hashem will exchange strength.” (Yeshayah 40:31–from the Haftarah)

R’ Yitzchak of Volozhin z”l (Belarus; died 1849) writes: There is literally an “exchange” taking place–physical strength for spiritual strength. For example, if one studies Torah until he is physically exhausted, the strength that was sapped from his body moves to his soul. But, one who does not expend physical energy on Torah and Mitzvot does not increase his spiritual energy. (Footnote to his father’s Ruach Chaim 1:1)

In the first installment, we presented the view of R’ Moshe ben Maimon z”l (RambaM; 1135-1204; Spain and Egypt) that the Torah commands us to pray, though it does not dictate the frequency or text of prayer. Our Sages instituted the text of our three daily prayers when they saw that people were no longer fluent enough to compose their own prayers in Hebrew, RambaM explains.

Last week, we presented the differing opinion of R’ Moshe ben Nachman z”l (RambaN; 1194-1270; Spain and Eretz Yisrael) that prayer is not a Torah obligation at all, except, perhaps, when a person is suffering or has a particular need. RambaN adds that it is a manifestation of Hashem’s Attribute of Kindness that He listens to our prayers and answers them.

R’ Itamar Schwartz shlita (Yerushalayim) writes: The essence of prayer is not the three daily, obligatory Tefilot. Rather, one must enter the “World of Tefilah.” Life with prayer is a life lived in an entirely different world. King David says (Tehilim 69:14), “I am prayer!” meaning that his whole life was accompanied by prayer. When one lives in the world of prayer, not a quarter of an hour goes by without him turning to G-d in prayer with his lips or, at least, in his thoughts. Prayer is a way of life, not something to be done only at the specific times of the day dictated by Halachah.

R’ Schwartz continues: An authentic Jew lives his life with Hashem. He studies Torah in Hashem’s presence, performs Mitzvot in His presence, etc. What connects a person to Hashem all day long? What gives him a feeling of togetherness with Hashem all day long? Prayer! If one prays only at a few fixed times during the day, how does that prayer form a connection? (B’lvavi Mishkan Evneh I p.94)