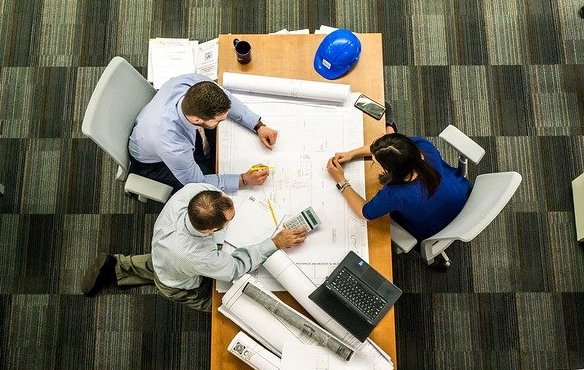 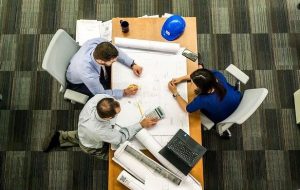 At the beginning of this week’s Parashah, Pharaoh dreams a dream, and Yosef is called from prison to interpret it. R’ Yosef Dov Halevi Soloveitchik z”l (1820-1892; rabbi of Brisk, Belarus; progenitor of the Soloveitchik rabbinical family) notes that Pharaoh added a detail that was not in his dream when he related it to Yosef. Pharaoh said (41:19), “Suddenly, seven other cows emerged after them — Dalot / scrawny, and of very inferior form, and of emaciated flesh.” In reality, the cows he saw in his dream were not “Dalot” (compare verse 3). Pharaoh did this in order to test Yosef.

R’ Soloveitchik continues: Yosef recognized that Pharaoh was trying to trick him. But, rather than be upset, he understood that this was orchestrated by Heaven to give him a hint to the meaning of Pharaoh’s dream. Pharaoh’s advisors had interpreted the seven cows as seven countries, but Yosef realized that the seven cows hinted to the grain harvest, because the word “Dalot,” which Pharaoh added to trick him, alludes to grain (see Bava Metzia 59a, commenting on Shoftim 6:6). (R’ Soloveitchik notes that Yosef’s conversation with the king was not in Hebrew, but, presumably, they used Egyptian words with equivalent meanings.)

R’ Soloveitchik concludes: From here, we learn an important lesson about Bitachon / trust in Hashem. The very word that Pharaoh added to his dream in order to trick Yosef was the word that helped Yosef interpret Pharaoh’s dream. Likewise, whenever someone tries to harm us, not only must we believe that Hashem is in control, we should believe that what is happening will somehow turn out to be for our own benefit. (Bet Ha’levi)

A similar lesson can be learned from Yosef’s story generally. Yosef’s brothers sold him into slavery thinking they were preventing his dreams from coming true. Instead, their very sale facilitated the fulfillment of Yosef’s dreams.

In the overwhelming majority of years, Parashat Miketz is read on Chanukah, and a special Haftarah for Shabbat Chanukah supersedes the Haftarah for the Parashah, as on any “festival” Shabbat. This year, however, Chanukah ends on Friday, and Miketz falls after the holiday, so the Haftarah for our Parashah–the famous story of King Shlomo “splitting the baby”–is read. The last time this occurred was in 5761 / 2000, and before that in 5757 / 1996 and 5737 / 1976.

“Shlomo awoke and behold! — it had been a dream. He came to Yerushalayim and stood before the Ark of the Covenant of Hashem, and he brought Olot / burnt-offerings and he made Shelamim / peace- offerings, and he made a feast for all his servants.” (Melachim I 3:15)

R’ Yaakov Kamenetsky z”l (1891-1986; rabbi in Lithuania, Seattle, and Toronto; Rosh Yeshiva of Yeshiva Torah Vodaath in Brooklyn, N.Y.) writes: Traditionally, we understand that what makes mankind unique is the ability to speak (see Onkelos and Rashi to Bereishit 2:7). What, then, is meant here by the “speech” of the birds and dogs?

R’ Kamenetsky explains: Clearly, animals have intelligence beyond mere instinct. Indeed, Halachah recognizes that animals think; thus, Halachah holds animals accountable for consciously damaging property (see Bava Kamma 2b). And, when animals sense danger or discover a food source, for example, they have the ability to communicate that information to other animals of their species by “talking,” i.e., making specific sounds that convey the desired message. This was the “speech” of the birds and the dogs that King Shlomo understood.

R’ Kamenetsky continues: What distinguishes man, however, is the ability to contemplate and communicate abstract spiritual thoughts and to distinguish between truth and falsehood. It is because of these characteristics that the Torah rejects the classification of man as just another animal. (Emet L’Yaakov)

Rashi writes: From here we learn that one makes a festive meal upon completing the Torah. [Until here from Rashi]

R’ Moshe Soloveitchik z”l (1879-1941; Rosh Yeshiva of RIETS in New York) notes: Here, King Shlomo did not complete the study of any section of the Torah. Rather, he woke up from his sleep with “a wise and understanding heart” that would enable him to learn more in the future. From the fact that we nevertheless learn the concept of a Siyum from here, we see that the real joy of a Siyum is not in completing the Torah, but rather in beginning again. (Quoted in Reshimot Shiurim: Sukkah p.299)

R’ Shlomo Kluger z”l (1785-1869; rabbi of Brody, Galicia) writes: When King Shlomo repeated the women’s claims, he noted that one said, “My son,” and then, “Your son,” while the other reversed the order. King Shlomo’s judgment was not based only on one woman’s willingness to cut the baby in half; rather, this, too, was a sign of who was telling the truth.

“The king spoke up and said, ‘Give her the living newborn, and do not put it to death–she is his mother’.” (Melachim I 3:27)

Rashi quotes the Gemara (Makkot 22b): A Bat Kol / Heavenly voice proclaimed, “She is his mother.” [Until here from Rashi]

R’ Yaakov Kamenetsky z”l (see above) writes: Apparently, no responsible person would make a definitive statement, “She is his mother,” based on circumstantial evidence alone, no matter how compelling. Therefore, our Sages attribute those words to a Heavenly proclamation.

R’ Kamenetsky’s grandson, R’ Yosef Kamenetsky shlita, adds in a footnote: The foregoing is consistent with the elder R’ Kamenetsky’s understanding of Yosef’s motivation for accusing his brothers of being spies, and Binyamin, of being a thief (both in this week’s Parashah). Yosef wanted to prove to his brothers that they were wrong to sentence him to death, and later to slavery, based on their belief that he was a threat to them, for appearances can, indeed, be deceiving. [Here, too, while there was sufficient evidence for King Shlomo to decide which claimant would be a better mother to the baby, he did not declare definitively that she was, in fact, the mother.] (Emet L’Yaakov)

Last week, we quoted R’ Moshe ben Yosef Trani z”l (1505-1585; rabbi of Tzefat, Eretz Yisrael; known by the acronym “Mabit”), who writes: “One should not demand his needs from Hashem, as if he is entitled, the way one would demand that a friend pay a debt. Rather, one should beseech and plead with Hashem as a pauper asks for help from someone who owes him nothing.”

R’ Moshe Roberts shlita (Chicago) elaborates: The idea that one should not pray as if he is entitled to be heard by Hashem comes from Midrash Rabbah, in which Rabbi Yochanan says, “There are ten different forms of prayer, but, of all of them, Moshe used only the form of ‘Tachanunim’ / ‘pleading,’ as it is written (Devarim 3:23), ‘Va’etchanan / I pleaded with Hashem at that time.’ Rabbi Yochanan continues: From here you learn that a person cannot make claims on Hashem, for even Moshe, the teacher of all of Yisrael, used only a language of pleading.” [Until here from the Midrash]

R’ Roberts continues: Taking this even further, Rabbeinu Yonah Gerondi z”l (Spain; died 1263) writes that one who attributes his prayers being answered to his own good deeds transgresses the prohibition (Devarim 8:17), “Lest you say in your heart, ‘My strength and the might of my hand made me all this wealth!’”

Regarding the Mabit’s instruction to pray “as a pauper,” R’ Roberts notes that this manifests itself in two ways. First, the Mishnah Berurah (98:8) teaches that one should pray with the knowledge that no one but Hashem–no angel, and no heavenly force–can answer one’s prayer.

Second, praying “as a pauper” means not asking for too much at one time. Of course, nothing is “too much” for Hashem to do; however, just as one expects a beggar at one’s door to exhibit good manners, so one who prays must exhibit good manners. (Bet Moshe Al Bet Elokim p.1-2)