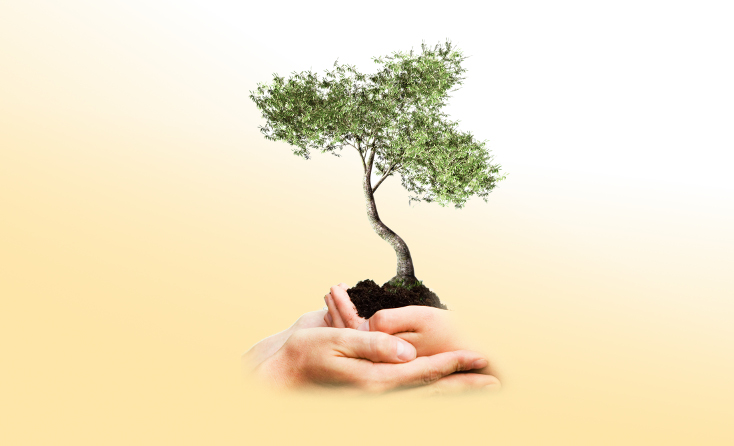 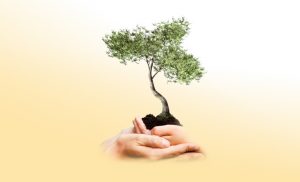 These divrei Torah were adapted from the hashkafa portion of Rabbi Yissocher Frand’s Commuter Chavrusah Tapes on the weekly portion: #1004 – Shinui Hashem: Changing the Name of a Choleh. Good Shabbos!

The Primary Offspring of A Person Is Not His Children

The two thoughts I would like to share this week are from the Maharal in his sefer, Gur Aryeh.

“These are the offspring of Noach — Noach was a righteous man, perfect in his generations; Noach walked with G-d. And Noach had begotten three sons: Shem, Ham, and Yafes.” [Bereishis 6:9-10]. Rashi is bothered by the glaring question that the pasuk seemingly interrupts the introductory clause “These are the offspring of Noach” (Eleh Toldos Noach) with a description of Noach’s character traits and only in the next pasuk does it resume the thought and tell us the names of Noach’s three sons. Logically, the list of the names of his children should immediately follow the statement “Eleh Toldos Noach“.

The famous Rashi states: This teaches that the primary offspring (i.e. — creations) of the righteous are good deeds.

If we think about this statement in the context of Noach this is nothing short of mind bogging. If there is one individual in the history of the world his greatest accomplishment are his children, it is in fact Noach. We are all Bnei Noach [descendants of Noach]. We happen to be Jews as well (descendants of Avraham), but Noach populated the entire planet. All the billions and billions of people who walk the face of the earth are here because of one individual — Noach.

We would certainly be tempted to say that the greatest accomplishment of this individual is that humanity populates the planet and the members of humanity are all his offspring! Nevertheless, Chazal say about this person that his primary accomplishment and creation in this world is his good deeds. This is a mind-boggling statement!

Why is that? The Maharal gives two reasons. First, the Maharal says, the reason we say the main accomplishment of the righteous in this world is their good deeds is because they were accomplished by the righteous person alone, whereas their children were created only in partnership with the Almighty. Chazal says that there are three partners in every human being — the father, the mother, and the Ribono shel Olam. The Ribono shel Olam is really the prime partner. That is why the Maharal explains the main accomplishment that a person has on his own in this world are his righteous deeds!

The Maharal answers that man is indeed more related to the “adamah” than any other creature. When someone looks at a piece of land, he looks at what that piece of land can produce. In looking at land, we must not just see a barren field, we must see what that field can produce — the corn, the grain, the fruit, the crops — whatever it may be. This time of year when a person goes out just a little past the Yeshiva (Ner Israel) he can see acres and acres of ploughed up corn stalks. What do we see when we look at that ground? The Maharal says, do not look at it merely as “earth.” When we look at it, we should be saying “herein lies sustaining food that can keep the world alive.”

“Adamah” is the quintessential term for potential. The same can be said of man. That is what the Torah means when it says that Adam is called Adam because he was taken from the earth (adamah). True, everything came from the ground, but the concept “adamah” should conjure up in our mind one thing — potential. When we look at a human being, we should look at the individual and look at his potential. When we see a newborn baby, we should not merely think “look how cute it is,” but rather we should think “look at the great potential that lies in this baby!”

It is for this reason, the Maharal says, that Adam was given his name based on the fact that he came from the adamah — because adamah is all about potential. Human beings are all about the potential they can bring forth. That is their greatness.

In his manner, we can understand the statement of Chazal cited by Rashi — the main offspring of the righteous are their good deeds. This is because “good deeds” are what the perpetrator of those good deeds becomes — they become part of him. A person’s children are only his offspring. They are external to him. Children are certainly an accomplishment. However, a person’s children are not “him”. A person’s good deeds, on the other hand, become part of him. A person is defined by what he can accomplish in this world — what he can become. A person’s good deeds are the fruition of his potential. They define the true person and trump even the accomplishment of children.

This is a lesson for all of us. We should not satisfy ourselves by saying that we can live vicariously through our children. As important as children are and as important as is the effort we must put in raising them, we are put on this earth for another reason as well — independent of our roles as parents. We must view our primary challenge in life as bringing forth to realization the great potential to do good that the Ribono shel Olam gave us. Fulfilling that potential is the “primary offspring” of a person — namely, his good deeds.

Rashi remarks on the pasuk, “And he sent forth the raven and it kept going and returning until the drying of the waters from upon the earth.” [Bereishis 8:8] When Noach thought it might be safe to emerge from the Tayva [Ark], he sent out the raven. However, the raven did not fly out in search of dry land as Noach had expected but just circled the Tayva, flying back and forth. Rashi, quoting the Gemara states: “The raven did not go on its mission because it was suspicious [of Noach] with regard to its mate…” [Sanhedrin 108b]. As strange as it seems, the raven was afraid that Noach would take its wife while he was “off the boat” doing his mission!

I once heard a true story about a young man in a Baal Teshuvah Yeshiva in Eretz Yisrael. His Rebbe came over to him and asked him how things were going. The young man replied “things are going pretty well except that I read a Rashi today that is ridiculous.” Which Rashi was he referring to? It was the above cited Rashi that the raven was afraid Noach would have relations with his wife while he flew away on a mission.

The Rebbe carefully explained to him that such teachings of Chazal have to be understood in the light of the nature of Aggadic literature in general. They are really metaphors. There are messages here. Chazal are trying to teach us here something that has nothing really to do with ravens. It has to do with human beings. As Rav Shimshon Raphael Hirsch writes, “the Torah is the anthropology of the Ribono shel Oalm — how the Ribono shel Olam understands human beings.”

The Maharal explains the metaphor of this teaching about the raven rejecting Noach’s mission.

Ravens by their nature are obsessed with the relations they have with their mates. They are so obsessed by these relations that this is all ravens think about. Therefore, says the Maharal, since the raven was constantly obsessed with thoughts about having relations with his mate, he projected those same obsessions onto everybody else. He assumed that everybody must be thinking the same thing he was. The Maharal writes that it is very common amongst creatures (man included) to project their own thoughts and shortcomings upon others. There is a popular saying “What Peter says about Paul says more about Peter than it says about Paul.” Think about this statement.

This means that if a person goes through life thinking that everybody is out to get him — besides being somewhat paranoid — it is because he really does have such thoughts about “getting” other people. Individuals really project their life view of how they think and how they act and they are convinced that everybody else thinks and acts like that as well.

Therefore, says the Maharal, since the raven was so obsessed with sexual relations with his mate, in his mind he was convinced that this is what Noach must be thinking about as well. Therefore, he suspected Noach of having intentions towards his mate.

This lesson of Chazal is not trying to teach us so much about ravens as it is about ourselves, about human beings in general. It is teaching us that how we view life and how we view people says a lot about us. If we are negative about people, if we are skeptical of their motives and suspect them of wrong doing and ill-intent then that is really a function of how we view the world. These same thoughts may be the farthest thing in the world from those other people we cynically suspect.

The lesson about the raven is not so much a teaching about birds. It is a teaching about human beings — which is the purpose of the entire Torah. In the words of Rav Shimshon Raphael Hirsch this is “Torah anthropology”.

This week’s write-up is adapted from the hashkafa portion of Rabbi Yissochar Frand’s Commuter Chavrusah Series on the weekly Torah portion. A listing of the halachic portions for Parshas Noach is provided below: