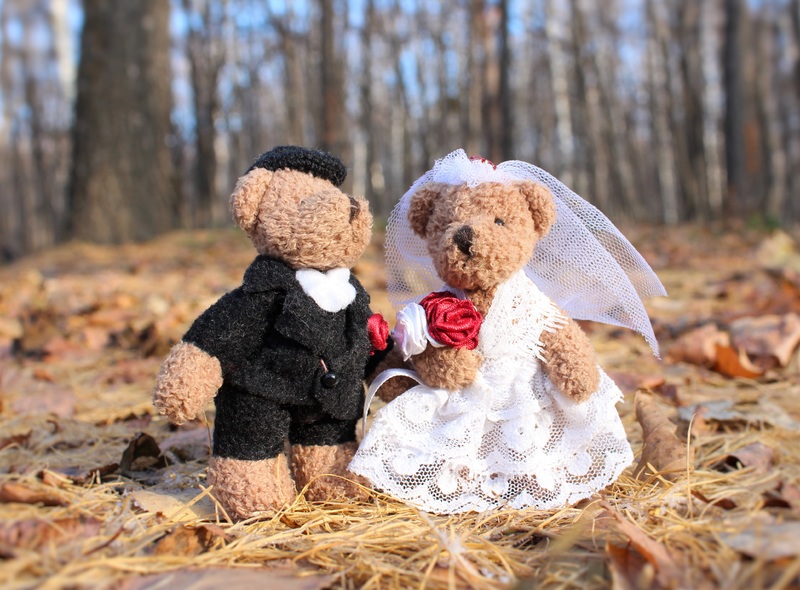 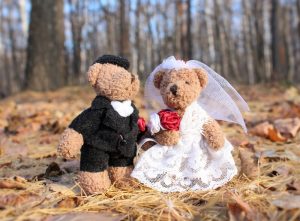 Here’s a puzzling expression and it occurs twice! The animals being taken onto the Ark of Noach, the ones chosen to survive and propagate their species are referred to as “ish v’ishto” – literally “a husband and his wife”.

That statement seems to undermine the original use of that term in reference to Adam and Chava. She is called ISHTO because she comes from him, the rib of the ISH. From that naming Rashi tells us that the original language of the world, the one with which HASHEM created the universe, which was Loshon HaKodesh, the Holy Language of Hebrew. Ish and Ishto are a play on words.

It gets even more complicated. It’s hard to go through an entire week of Sheva Brochos for a newly married couple without this idea being mentioned. The word for man – “Ish” is made up of three letters, ALEF- YUD- SHIN. The word for woman “Isha” is also comprised of three letters, ALEF- SHIN- HEY. They have two letters in common ALEF and SHIN while they each have one different letter, man has a YUD and woman has a HEY. The letters YUD and HEY spell out the essential name of HASHEM. When the husband and wife are peaceful with each other, then the Divine Presence is with them. When there is discord then the Divine Presence departs and we are left with ALEF and SHIN from both and that is fire and fire. They can consume each other with their selfish fire.

Rabbi Avigdor Miller ztl. asked an interesting question. We have two places in the Torah where the requirement is Dveikus – Attachment. Early on in history by the first couple, Adam and Chava the Torah declares, “therefore a person should abandon (his dependency) on his father and mother and cleave (Daveik) to his wife, and they will become one flesh”. Later in Chumash there is another declared mandate that we should “cleave to HASHEM”. How is it possible that one can have two 100% commitments, a dual loyalty to one’s spouse and HASHEM? He explains that it is not a question at all. Husband and wife are cleaving to HASHEM – the YUD and HEY and in doing so that is the real glue that allows them to remain loyally attached to each other. A beautiful and powerful but how do now make sense of this in light of the fact that the pure and impure animals that entered Noach’s Ark were also called ISH v’ISHTO? Problematic?

It was a student of the Baal Shem Tov, I believe that pointed out something fascinating about the dimensions of the Teva, the Ark. One name for the Yetzer Hora is spelled SOMECH – MEM -ALEF -LAMED and another is the name of the snake -NACHASH – NUN -CHES- SHIN. In each of those two words there are positive and negative letters. SOMECH and MEM are negative and that leaves over the name for HASHEM’s kindly tendency ALEF – LAMED. In NACHASH the CHES is negative, it is first used to spell darkness and the SHIN and NUN are positive. Negativity cannot survive without some connection to goodness. HASHEM brought the flood to erase CHAMAS… CHES- MEM – SOMECH… the three negative letters and what remained was SHIN (300) – NUN (50) LAMED (30) and ALEF (1), letters that have the value of the dimension of the Teva, the Ark. When good is isolated from the bad then the bad is eliminated. When Noach entered the Teva CHAMAS was destroyed. Noach’s world. Only Noach and his wife and his children and their wives were uncorrupted in an extremely perverse world.

When HASHEM made man he declared, “Let us make man in our image!” Who is the “us”?! The answer is that HASHEM called upon the entire physical and spiritual world to plug into and invest their destiny in mankind, a creature of free will. Each person is at the top of the pyramid of his own world, whichever creatures he is connected to. When the animals acted perversely it was because of mankind.

Everything had to be eliminated. Only Noach and family remained pure. The animals that followed them into the Teva represented the best of mankind and so they too were worthy of being deemed ISH V’ISHTO. “The fish rots from the head down” but so is a world built from the top down. So, it can be said of Noach’s animals as well, I now pronounce you husband and wife.