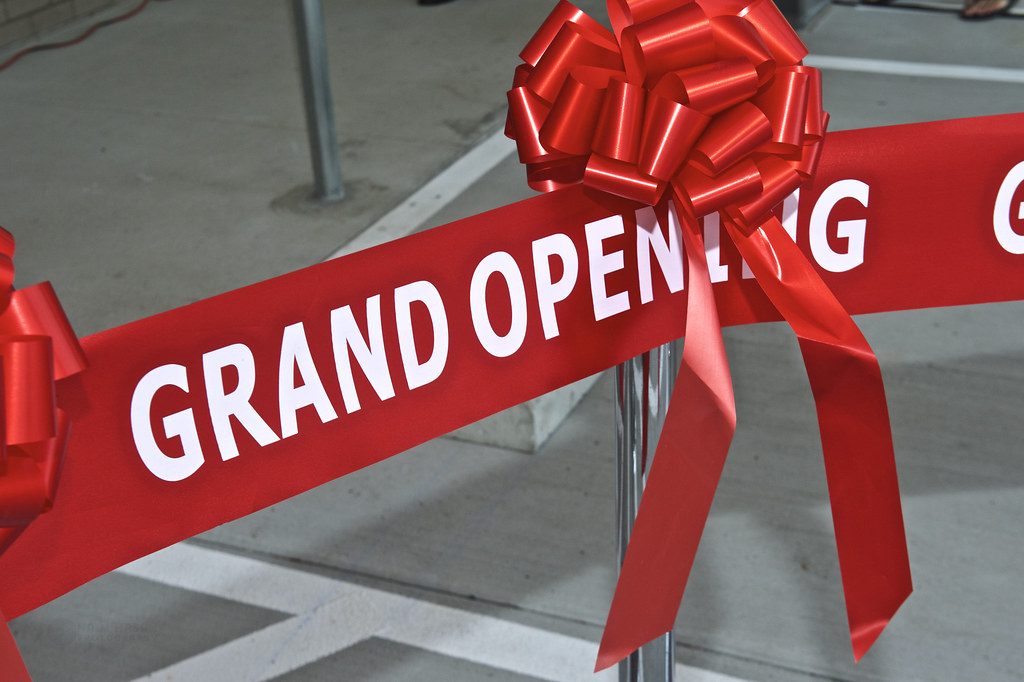 Two Dedications in One 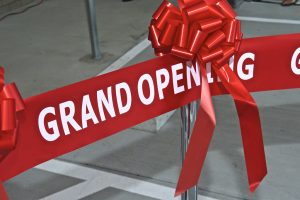 In this week’s Parashah, we read about the dedication of the Mishkan. As the opening verses describe, that event was characterized by sacrifices donated by Bnei Yisrael as a whole.

R’ Nosson Yehuda Leib Mintzberg z”l (1943-2018; rabbi and Rosh Yeshiva in Yerushalayim and Bet Shemesh, Israel) notes that the Mishkan’s dedication is described again in Parashat Naso, but there the focus is on the sacrifices offered by the Nesi’im / the leaders of the individual tribes. Similarly, R’ Mintzberg observes, when the census of Bnei Yisrael is described in Parashat Bemidbar, we find that the entire nation was counted as one and also that each tribe was counted separately. Likewise, when Yaakov Avinu blessed his sons before his death, as related in Parashat Va’yechi, he blessed each son separately and then blessed all his sons collectively.

R’ Mintzberg explains: The blessing that Yaakov gave each of his sons reflects each tribe’s unique nature and each tribe’s separate covenant with Hashem. On the one hand, our “wealth” as a nation comes from being made up of unique tribes. On the other hand, Yaakov had to bless his sons collectively so that each tribe would possess at least a bit of each other tribe’s nature, without which no tribe could be considered “complete.” Otherwise, we would be twelve separate tribes, not a nation.

Likewise, the two descriptions of the Mishkan’s dedication teach us that when Hashem rested his Shechinah / Divine Presence among us, He did so for two reasons: because of the qualities of the nation as a whole and because of the character of each tribe separately. (Ben Melech: Bereishit III p.383)

“Moshe said to Aharon and to his sons Elazar and Itamar, ‘Do not leave your heads unshorn and do not rend your garments that you not die and He will become wrathful with the entire assembly; and your brethren the entire House of Israel shall bewail the conflagration that Hashem ignited’.” (10:6)

R’ Yaakov Sakly z”l (Spain; 14th century) writes: From here we learn that one must mourn his dead. From the fact that Aharon and his sons were told not to tear their garments or grow their hair, we learn that other mourners should do those things. Likewise, one must bury his dead and honor the deceased in other ways. The Gemara (Megilah 3b) teaches that burying the dead supersedes even the Mitzvah of Torah study.

Yet, continues R’ Sakly, we seem to find a contrary attitude expressed elsewhere in the Torah–specifically, in the law that contact with a corpse causes the strictest form of Tum’ah / spiritual impurity. This seems to indicate that the Torah wishes to distance us from the deceased.

In reality, though, there is no contradiction. R’ Sakly explains: . . . The third reason why we honor the remains of the deceased is that doing so reinforces the common person’s belief in Techiyat Ha’meitim / Resurrection of the Dead, which is a foundation of the Torah. When they see that human remains are handled and buried respectfully, they believe that the soul will one day return to that body.

At the same time, one could mistakenly think that the final honor shown the deceased is the ultimate reward that a person receives. Therefore, the Torah decrees Tum’ah on the remains to remind us of the eternity of the pure soul, unlike the body. (Torat Ha’mincha)

“Speak to Bnei Yisrael, saying: These are the creatures that you may eat from among the animals that are upon the earth. Everything among the animals that has a split hoof, which is completely separated into double hooves, and that brings up its cud–that one you may eat. But this is what you shall not eat from among those that bring up their cud or that have split hooves: the camel . . . and the hyrax . . . and the hare, for it brings up its cud, but its hoof is not split–it is unclean to you. And the pig, for its hoof is split and its hoof is completely separated, but it does not chew its cud–it is unclean to you.” (11:2-7)

R’ Eliyahu z”l (1720-1797; the Vilna Gaon) writes: The Gemara (Chullin 59a) teaches that birds that hold their prey in their claws and lift it to their mouths are not kosher. The reason, commentaries explain, is that a person takes on the characteristics of what he eats. If a person would eat in this manner, it would suggest that he is in a panic to eat before his food is taken from him, meaning that he is not at peace with his situation; he is not satisfied with what he has. This shows a lack of Emunah / faith in Hashem.

In a four-legged animal, continues the Vilna Gaon, chewing the cud represents the trait of being satisfied with what one has. Likewise, having split hooves is a sign of an animal that does not lift its food; rather, it eats off the ground or from a trough, unlike a non-kosher bird. Therefore, these are the traits of kosher animals.

The Vilna Gaon adds: In our verses, an animal that chews its cud is referred to as “Ma’aleh gerah.” “Gerah” also is the name of a small coin, a twentieth of a Shekel (see Shmot 30:13). He explains: It is easy to be satisfied with what one has when one has a lot. In contrast, a Gerah is a relatively small amount–specifically, what a poor couple (husband and wife) would eat in a day. One who is satisfied even with that small amount deserves to be praised as someone who is satisfied with what he has. On the other hand, say our Sages, if one has enough food for today, and he worries about what he will eat tomorrow, he is considered to be lacking Emunah to some degree. (Beurei Aggadot: Savei D’vei Atuna)

R’ Shmuel Meltzen z”l (mid-19th century; Maggid in Slutsk, Belarus) writes, based on the foregoing commentary of the Vilna Gaon (including portions not quoted above): The root of all sins is the trait of Chemdah / the desire for tangible possessions. This is indicated by the fact that the Aseret Ha’dibrot / Ten Commandments culminate in “Lo Tachmod” (from the same root as “Chemdah”) / “You shall not desire . . .” The opposite of “Chemdah” is “Histapkut” / being satisfied with what one has. This is the foundation of the whole Torah. (Even Sheleimah 3:2)

This year, we will iy”H devote this space to discussing various aspects of our prayers. This week, we begin to examine the practice of “Shuckling” / swaying while praying or studying Torah.

Rabbi Abba said: I asked Rabbi Shimon bar Yochai: Why do Jewish People sway when they study Torah, even without being taught to do so? Indeed, they cannot be still!

Rabbi Shimon responded, “You have reminded me of a great thing that people do not know and do not pay attention to,” and he cried a little bit. Then he explained: It is written (Mishlei 20:27), “From the candle of Hashem is Man’s soul.” Just as the flame of a candle is not still for a moment, so the righteous should never cease to “remind” Hashem of the Jewish People’s suffering. And, just as the flame of a candle moves this way and that way, so, when one utters a word of Torah, his soul “catches fire” and he cannot be still. Therefore, he sways this way and that way like a candle flame. (Zohar, Pinchas 118b, as explained by Matok Mi’dvash)

The wise man responded: Some say it is because of “innate fervor” [see below]. However, I think it is because it allows many people–even ten–to share one book. For this same reason, our books are large. This allows one person to lean forward to read, then to move back so someone else can lean forward, and so on. Over time, this became habit. (Kuzari II 79-80)

R’ David Cohen z”l (1887-1972; a leading instructor at Yeshivat Merkaz Ha’Rav; known as the “Nazir”) suggests that R’ Yehuda Halevi felt his readers needed a rational explanation for the practice of swaying. Nevertheless, by referring to “innate fervor,” he alluded as well to the idea expressed in the above passage from the Zohar. (Ha’Kuzari Ha’mevo’ar)

R’ Moshe Sofer z”l (1762–1839; rabbi and Rosh Yeshiva in Pressburg, Hungary) writes: The prophet Achiyah Ha’shiloni cursed the people of Yisrael (i.e., the Ten Tribes that seceded from the Davidic dynasty): “For Hashem will smite Yisrael as a reed sways in the water” (Melachim I 14:15). The Gemara (Sanhedrin 105b-106a) observes, however, that there is a blessing concealed within this curse: Just as a reed regrows when it is cut, and it has strong roots such that all the winds in the world can make it sway but cannot uproot it–rather, when the winds cease, the reed is left standing as it was–so are the Jewish People when the Yetzer Ha’ra attempts to overcome them.

It seems to me, R’ Sofer continues, that this is why we sway when we study Torah and pray, while our feet remain firmly planted in one place: to indicate that all the forces in the world will not move us away from our holiness. (Torat Moshe: Bemidbar 24:14)