The Wisdom in Our Calendar 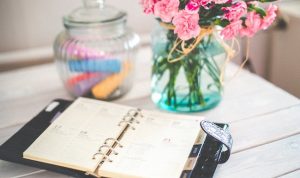 Sponsored by the
Dimont, Ginsburg and Neuman families
on the Shloshim of their son, husband, father and brother
Chayim ben Ha’rav Avraham Mordechai a”h

We read in this week’s Parashah (4:6), “You shall safeguard and perform them, for it is your wisdom and discernment in the eyes of the nations, who shall hear all these decrees and who shall say, ‘Surely a wise and discerning people is this great nation!’” The Gemara (Shabbat 75a) teaches that the wisdom and discernment referred to here are those involved in calculating the Jewish calendar.

What is so wise and discerning about the Jewish calendar? R’ Ben Zion Nesher shlita (one of the senior rabbis in Tel Aviv, Israel) explains:

Most of the world uses a calendar that is based on the sun (e.g., the Gregorian calendar) or the moon (e.g., the Muslim and Chinese calendars). This is symbolic of the belief held by much of mankind that man is subjugated to, and even controlled by, the forces of nature. The Jewish calendar, in contrast, combines elements of both the solar and lunar calendars, and we further adjust it to our needs by inserting an extra day in certain months and an extra month in certain years. By doing this, we demonstrate our belief that we are not subject to the laws of nature; rather, there is a Higher Authority.

This, writes R’ Nesher, is why sanctifying the new moon and calculating the calendar was the first Mitzvah given to Bnei Yisrael, shortly before the Exodus (see Shmot 12:2). As the long-awaited day of salvation neared, it was necessary to wean the Jewish People from the Egyptian spiritual environment. The Mitzvah of sanctifying the moon and creating a Jewish calendar was the first step in that process. (Haggadah Shel Pesach Shir Tziyon p.59)

“Let me now cross and see the good Land that is on the other side of the Jordan, this good mountain and the Lebanon.” (3:25)

The Gemara (Sotah 14a) relates that the sage Rabbi Simlai expounded: Why did Moshe Rabbeinu a”h yearn to enter the Land? Did he need to eat its fruits or satiate himself with its goodness? Rather, Moshe said as follows, “Yisrael was given many Mitzvot, and they can be performed only in Eretz Yisrael. Let me go into the Land so that they can be done by me.”

Hashem said to him, “You are only seeking their reward? I consider it as if you performed them.” [Until here from the Gemara]

R’ Chaim of Volozhin z”l (Belarus; 1749-1821) asks: This is wondrous! Surely Moshe desired the Mitzvot, not their reward! Does not Pirkei Avot (1:3) teach: “Do not be like a servant who serves his master in order to receive reward”?

R’ Chaim explains: There are two different levels of seeking reward. Some people think, “I will perform the Mitzvot so that I will enjoy their benefits.” That is what Pirkei Avot is teaching us not to do. However, if a person can genuinely say, “I want to receive the reward for Mitzvot because rewarding me will bring pleasure to Hashem,” that is a very lofty level. That is the level that the Gemara is attributing to Moshe Rabbeinu. (Ruach Chaim 1:3)

“Ascend the mountain, and look at the Land which I have given to the people of Yisrael.” (3:26)

For what purpose was Moshe commanded to “look” at Eretz Yisrael?

Sensing the man’s confusion, R’ Auerbach explained: “I know that the last few years have been difficult for you. You’ve had health problems, and some financial issues. The apartment you were in was too small for your family, and this too was causing much stress. Therefore, I wanted to bestow an ‘ayin tovah’ (literally, ‘a good eye’), an atmosphere of blessing on your new home.”

Similarly, by looking at the Land where Bnei Yisrael were destined to settle, Moshe Rabbeinu was able to bestow an ayin tovah on it. (A Parsha Message: Pinchas 5774)

R’ Yitzchak Arieli z”l (1896-1974; Mashgiach of Yeshivat Merkaz Harav; author of Enayim La’mishpat) writes: The verse states that the false gods Yisrael will serve in the lands of its exile “do not see, and do not hear, and do not eat, and do not smell.” It does not say that they do not speak!

R’ Arieli continues: R’ Eliyahu z”l (1720-1797; the Vilna Gaon) explains that the verse is alluding to the statute made by the Babylonian king Nevuchadnezar. Midrash Shir Ha’shirim relates that Nevuchadnezar inserted the Tzitz / headband of the Kohen Gadol into the idol’s mouth, and then it did indeed speak. This, says the Vilna Gaon, is what the next verse refers to when it says, “From there you will seek Hashem . . . and you will find,” i.e., you will find that an idol can speak with the help of Hashem’s Name that is engraved on the Tzitz.

R’ Arieli adds: Midrash Tehilim states that, in the future, Hashem will enable idols to speak to those who worship them, and to say, “How did you abandon eternal life, the Creator of heavens and earth, and bow down to something about which it is written (Tehilim 115:5), ‘They have mouths, but they do not speak’?” About this, says R’ Arieli, our verse says, “From there you will seek Hashem . . . and you will find.” The very idols that you worshiped will rebuke you and tell you to “find Him.”

R’ Arieli concludes: Even when the idols themselves rebuke Yisrael, there will be those who will not take heed. It will still be necessary to “seek Hashem” and to “find Him,” like something that is not out in the open. (Haggadah Shel Pesach Shirat Ha’geulah p.85)

“Or has any god ever miraculously come to take for himself a nation from amidst a nation. . .” (4:34)

Our Sages comment on the words “a nation from amidst a nation”–“As a shepherd births a sheep.” R’ Shlomo Zalman Auerbach z”l (1910-1995) observes:

We read in the Pesach Haggadah that the Exodus was brought about by G-d Himself, not by an angel. Why does that matter? Isn’t the important thing that we were freed?

In fact, R’ Auerbach explains, the Exodus was not about freedom, but about rebirth, a completely new beginning. That is something only G-d can bring about. (Quoted in Minchat Avot p.118)

Last week, we discussed “Pegi’ah,” which R’ Shimshon Dovid Pincus z”l (rabbi of Ofakim, Israel; died 2001) defines as stubbornly praying again and again, with single-minded focus, for something that one needs badly.

R’ Pincus continues: Extreme caution is needed when praying in this manner. Proof of this is the Gemara (Ta’anit 23a), which relates that after the sage Choni Ha’me’agel drew a circle on the ground and declared that he would not step out of it until Hashem answered his prayer for rain (which Hashem did), the sage Shimon ben Shetach told him, “If you were anyone but Choni, I would excommunicate you.” Apparently, what he had done borders on impropriety.

Why is praying in this manner disfavored? First, explains R’ Pincus, we must realize that we are very far from knowing what is best for us. Therefore, it is not in one’s best interests to stubbornly dwell on a single request–be it for wealth or, even, for wisdom. If we are honest with ourselves, we will acknowledge that there are things we have prayed for that turned out not to be good for us.

Instead, R’ Pincus writes, a person is better off praying generally for whatever Hashem knows is best for him or her. For example, when praying for a Shidduch, do not pray for a specific match. Rather, pray for the right match at the right time, and that one’s own sins not interfere.

Second, R’ Pincus adds, even when praying for things that our Sages told us are inherently good–for example, the ultimate Redemption–it needs to be done in a way that is respectful to Hashem. As the Gemara (Berachot 34a, in a different context) says, “Is Hashem your ‘colleague’?” This applies, as well, when we praise Hashem and thank Him. Hashem is not our “friend.” Rather, He is lofty beyond description, and it is only His humility that permits us to speak to Him at all. (She’arim B’tefilah p.72)