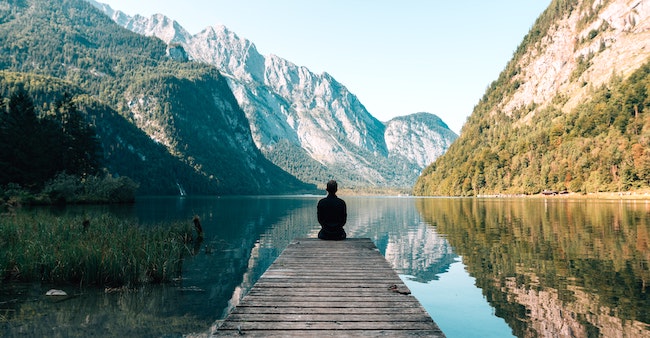 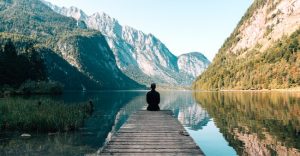 Chazal, cited by Rashi, find a hint of peaceful idyll in the Hebrew word for “dwelt” here. Yaakov, they say, wished for the turmoil of decades of his life to come to an end, so that he might live the next stage of his life in quiet tranquility. Hashem’s reaction was severe. “It does not suffice for tzadikim what is prepared for them in the World to Come? They want tranquility in this world as well?” Immediately G-d brought upon Yaakov the wrath of the disappearance and presumed death of Yosef.

The message seems clear. Yaakov was wrong for wanting to rid his life of turmoil.

This doesn’t sit so well. Why would he shy away from further tumult? The reaction of the righteous to pain and suffering is well-established. They thank Hashem for every which way that He treats them. They thank Him for what is pleasant, and thank him no less for what others would call unpleasant. They trust that everything that He does is a form of chesed, and nothing but good. Moreover, when they cannot find any other redeeming value in their pain, they receive it with joy, because it atones for their sins in this world, rather than in the next. So why then was Yaakov so desirous of a tranquil existence?

When we think of the mission and goals of great tzadikim we find that they deeply wish to bring the many to serve Hashem. That cannot be done so effectively by a person whose life seems to the observer to be in shambles. People gravitate to those who seem to be enveloped by a protective cloud of Divine favor and beneficence. Yaakov sought tranquility in order to be a more successful kiruv worker.

Hashem’s reaction was perfectly congruent with Yaakov’s wish. It is not sufficient for tzadikim that they merit the World to Come through perfecting themselves. They wish tranquility in this world in order to perfect others! Immediately Yaakov was presented with the wrath of Yosef’s disappearance, which led to the exile of the family to Egypt. The function of galus in general is to collect converts, introducing them to the true service of G-d.[3] In this case, you can draw a straight line between the exile of Yaakov’s family (where they were readied to receive the Torah) and the receipt of the formula that would ultimately prepare the entire world for the Hashem’s kingship. Yaakov got his wish.

There were some other important players in the unfolding of this drama – and one all-important Player. It is inconceivable to us that the holy shevatim could have been guilty of self-delusion that almost resulted in the death of their brother, and did result in his sale into bondage. The entire episode in completely inconsistent with their spiritual stature. We understand that there are times when Hashem sets people up to produce a particular reaction that suits His plans. The shevatim were not acting entirely on their own, and therefore were not culpable for kidnapping and attempted murder. They were used by HKBH to deliver Yosef to Egypt, where he would rise in rank and stature. Decades from the fateful encounter of the young Yosef with his brethren, they would stand before an all-powerful viceroy of Egypt who could avenge himself upon them without repercussion. No one would have objected had he had them all executed. He didn’t, however, but chose to forgive them.

When he did that, he created the antidote to the toxins that Esav would release for millennia to come. He sought to justify his murderous treatment of Yaakov and his descendants on his suffering at the hands of his brother. Our only self-defense was that when Yosef had the ability to avenge himself for his mistreatment by his brothers, he turned down the opportunity, and treated his brothers with love and brotherly devotion. Yosef would be, for all times, the antidote to Esav.

The shevatim, with the passage of time, came to realize the Hand of G-d in the sale of Yosef. They accepted it as the Divine will. When they later[4] expressed their fear that Yosef might take retribution against them, it was not their own lives and safety they feared, but that Yosef might miss the opportunity to create the counterpoint to Esav’s excuse to mistreat this brother.

This, then, is the proper way to understand Yaakov’s desire to live, worry-free. He wanted this only so that he might more effectively bring others closer to the truth, and to counter the effect of Esav’s descendant, Amalek. Hashem responded by immediately engineering the episode of Yosef’s sale, through which Yosef would become Amalek’s foil, and hasten Amalek’s defeat in the future.