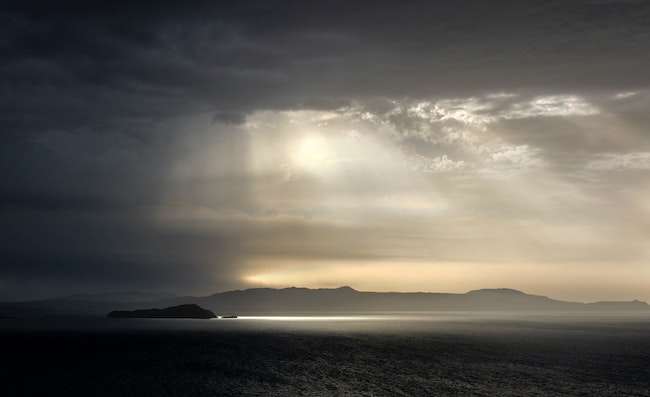 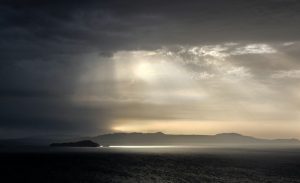 Our Parashah opens with Yitro, the father-in-law of Moshe Rabbeinu, hearing about the miracles of the Exodus and the Splitting of the Sea and coming to join Bnei Yisrael. The Parashah then relates that Hashem declares the Jewish People to be His “Am Segulah” / “Chosen, treasured people.” R’ Eliezer David Gruenwald z”l (1867-1928; Hungarian rabbi and Rosh Yeshiva) writes: Moshe prayed (Shmot 32:16), “Let I and Your people be made distinct from every people on the face of the earth!” Our Sages explain that he was requesting that Hashem rest His Shechinah only on the Jewish People. R’ Moshe Sofer z”l (1762–1839; rabbi and Rosh Yeshiva in Pressburg, Hungary, known as the “Chatam Sofer”) explains that Moshe did not do this because he begrudged other nations the opportunity to come close to Hashem. Rather, the Chatam Sofer writes, Moshe was afraid that another Avraham Avinu-like figure would exist in the future and that his descendants would replace Bnei Yisrael as Hashem’s people if the latter sinned.

R’ Gruenwald continues: Yitro recognized Hashem and abandoned idolatry on his own. But, what forced him to leave his home and join Bnei Yisrael? After all, Hashem is everywhere! The answer is that Yitro understood that Bnei Yisrael were the one and only Chosen People. He could convert and join them, as can any gentile, but there is no chosen people parallel to or instead of them. How did Yitro know this? Because Hashem split the Sea for Bnei Yisrael, a miracle that was not necessary in order to punish the Egyptians. It was purely an expression of love for Bnei Yisrael. (Keren L’David)

“Moshe told his father-in-law everything that Hashem had done to Pharaoh and Egypt for Yisrael’s sake — all the travail that had befallen them on the way — and that Hashem had rescued them.” (18:8)

R’ Meshulam Dovid Soloveitchik z”l (Rosh Yeshiva of Brisk-Yerushalayim; passed away this past Sunday at the age of 99) explains in the name of his father, R’ Yitzchak Ze’ev Soloveitchik z”l (1886-1959; the “Brisker Rav”): When one experiences a miracle, he is obligated to thank Hashem and also to tell others of Hashem’s kindness. (The Brisker Rav brought proofs to this from several verses in Tehilim.) Thus, we say in the second-to-last blessing of Shemoneh Esrei: “We will thank You and we will relate Your praises.”

Until now, continued the Brisker Rav, Moshe had no opportunities to speak to others of Hashem’s kindness, for all of Bnei Yisrael experienced the miracles along with him. Only when Yitro came, was there someone to whom he could relate the events. (R’ M.D. Soloveitchik adds: Though the opening verse of our Parashah says that Yitro had already heard what had happened, Moshe presumably filled in details that Yitro did not know.) (Shiurei Rabbeinu Meshulam Dovid Ha’Levi p.253)

“Now I know that Hashem is the greatest of all the gods, for in the very manner in which the Egyptians had conspired against them!” (18:11)

Rashi z”l writes: “Understand this as the Targum [Onkelos] does: For by that very thing with which the Egyptians thought to harm Yisrael they themselves were harmed.” [Until here from Rashi]

R’ Shmuel Yaakov Borenstein z”l (1946-2017; Rosh Yeshiva of Yeshivat Kiryat Melech in Bnei Brak, Israel) writes: A Russian nobleman once asked R’ Yitzchak of Volozhin z”l (Belarus; died 1849) to explain the verses (Tehilim 117:1-2), “Praise Hashem, all nations; praise Him, all the states! For his kindness has overwhelmed us . . .” “Because Hashem’s kindness has overwhelmed the Jewish People, the gentile nations should praise Him?” the nobleman asked.

R’ Yitzchak answered: “The Jewish People do not know what you are plotting against us in Petersburg [the Jewish name for the Russian capital at the time] because, before you have a chance to carry out your schemes, Hashem annuls your plans. Only you, the gentiles, know how kind Hashem is to the Jewish People!”

R’ Borenstein continues: The Gemara (Sotah 11a) relates that Yitro was an advisor to Pharaoh at the beginning of Bnei Yisrael’s subjugation, until he fled in protest. As such, Yitro knew of conspiracies against Bnei Yisrael of which Bnei Yisrael themselves were unaware, because Hashem foiled those plots before they were carried out. These other schemes are alluded to in the words (Shmot 1:10), “Come, let us outsmart [them],” and they were even worse than the plots that were successful. That is what Yitro was referring to when he said, “Now I know that Hashem is the greatest of all the gods, for [the Egyptians were punished] in the very manner in which the Egyptians had conspired against them!” (Haggadah Shel Pesach Zot L’Yaakov p.105)

Why did Hashem use the word “Anochi,” instead of the more common “Ani” (both of which mean “I”)?

R’ Mordechai Neugroschl shlita writes: The Hebrew word “Anach” means a plumb line or level. Thus, the first word of the Aseret Ha’dibrot is teaching us that the Torah is the tool by which we can tell if we are on a straight path. In contrast, if a person’s only “plumb line,” his only frame of reference, is his own sense of right and wrong, he will end up disoriented, like a pilot with vertigo. (Mi’darchei Ha’lev Ha’yehudi p.9)

“Moshe said to the people, ‘Do not fear, for in order to test you Elokim has come–so that awe of Him shall be upon your faces, so that you shall not sin’.” (20:16)

R’ Moshe ben Maimon z”l (Rambam; 1135-1204; Spain and Egypt) writes: Know, that any test referred to in the Torah is meant to inform people how they should act or what they should think. When the test involves performing a specific action, the goal is not the action itself, but rather to provide an example that others can follow . . .

He continues: When our verse says that Hashem appeared to Bnei Yisrael in order to test them, it is related to the verse (Devarim 13:4), “Do not hearken to the words of that [false] prophet or to that dreamer of a dream, for Hashem, your Elokim, is testing you to know whether you love Hashem, your Elokim, with all your heart and with all your soul.” In other words, the great revelation that you witnessed at Har Sinai was intended to fortify you with the truth, so that if Hashem will later test you with a false prophet who denies our beliefs, you will have the strength to stand firm. (Moreh Nevuchim 3:24)

R’ Chaim of Volozhin z”l (Belarus; 1749-1821) asks: Should not the verse have said, “In every place where you will mention My Name, I shall come to you and bless you”?

He explains: We read in Iyov (41:3), “Who came before me, that I should pay him?” In reality, it is Hashem who gives us the ability to study Torah and perform Mitzvot. Therefore, He has no obligation to reward us! Nevertheless, in His kindness, He does pay us for our Mitzvot. Similarly, when we pray to Hashem at the site of the Mizbe’ach (the subject of our verse), it is possible only because He enables us to do so; it is as if He is the one mentioning His Name. Nevertheless, He will come to us and bless us. (Ruach Chaim 3:6)

This year, we will iy”H devote this space to discussing various aspects of our prayers. We have been examining the structure of our daily prayers–in particular, the four parts of Shacharit / the morning prayer. Last week, we reached the third section: Kri’at Shema and its blessings.

R’ Elie Munk (1900-1981; rabbi in Ansbach, Germany and Paris, France) continues: The third section is devoted to “Olam Ha’Beriyah,” the world of the forces that dominate Creation. There are three kinds of forces: those of nature; the spiritual and moral ones; and finally, those of history and destiny. The three blessings surrounding Kri’at Shema relate to these three forces.

The first Berachah, “Yotzer Ohr,” reminds us of the powers active in nature: the “Divine Light” that brought about Creation and through which the world renews itself every day. Even darkness is not a destructive force, and it, too, takes its turn in the service of G-d.

The second Berachah, “Ahavah Rabbah,” expresses the idea that G-d is the ruler over the moral forces active in our world. Nevertheless, man is free to use his moral and spiritual powers at will, and he can only pray humbly for support from on High: “Enlighten our eyes through Your Torah; make our hearts cling to Your commandments,” so that we may come to proclaim with every fiber of our being the unity and mastery of G-d: “Shema Yisrael!”

The third Berachah, “Ga’al Yisrael,” flows from the first two. G-d alone rules over all the forces in the universe, natural and spiritual. He alone has the power to determine the world’s destiny. Evidence of this is the outstanding event in Jewish history–the Exodus, the main subject of the last Berachah.

R’ Munk concludes: It is this realization that G-d is the Source and the Master of all forces that guides us to the highest rung of the heavenly ladder, the “Olam Ha’Atzilut,” the world of pure spirit. The worshiper enters this world at the climactic moment of his prayer, at the Shemoneh Esrei. Now he stands in silent prayer in the presence of G-d. (The World of Prayer p.12-13)