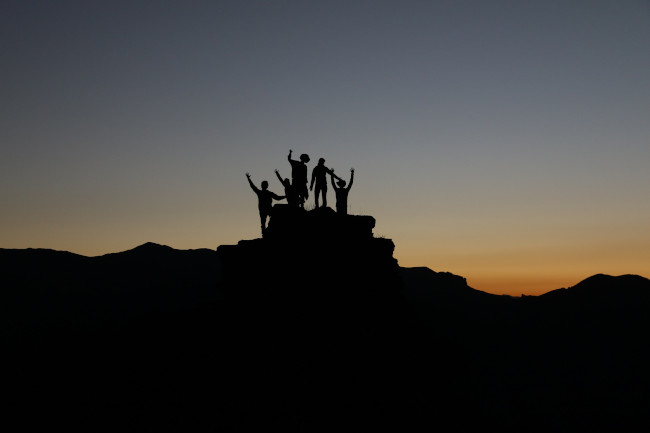 Be Jealous for Hashem 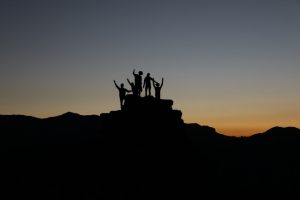 This week we read Parshas Pinchas. At the end of last week’s parsha, Bilaam, knowing that Hashem despises immorality, advised Moav to send their daughters to try to seduce Bnei Yisroel. Midyan and Moav successfully followed this advice which resulted in a plague that killed twenty four thousand members of Bnei Yisroel.

Pinchas acted courageously and zealously to stop the immorality that was going on around him and thus caused the cessation of the plague.

We are taught that tzedakah {charity} exemplified by the machatzis ha’shekel {half shekel coin donated toward the Tabernacle} saves from death. The Gaon of Vilna writes that the word ‘machatzis’ is spelled ‘mem’, ‘ches’, ‘tzaddi’, ‘yud’ and ‘suf’. The middle letter, ‘tzaddi’ represents tzedakah {charity}. The letters immediately before and after the ‘tzaddi’ are ‘ches’ and ‘yud’, spelling ‘chai’ {life}–the result of drawing close to tzedakah. The letters furthest from tzedakah are the first and fifth letters, ‘mem’ and ‘suf’ spelling ‘mais’ {death}–the result of distancing oneself from tzedakah.

Here Pinchas turned away ‘chamasi’ {Hashem’s anger}. Chamasi is spelled ‘ches’, ‘mem’, ‘suf’ and ‘yud’. Contrary to what we find by tzedakah, in Hashem’s state of anger ‘mem’ and ‘suf’ {‘mais’=death} are next to one another. The first and fourth letters, ‘ches’ and ‘yud’ {‘chai’=life} are distant from one another. Pinchas turned away that anger, causing the breakup of ‘mais’ and the subsequent cessation of the plague.

For this he was given a most astounding reward: “Hinnei nosain lo brisi shalom {Behold I will give him my covenant of peace.} [25:12]”

The Sforno explains that the covenant of peace was in fact peace from death itself. Pinchas was granted immunity from the malach ha’mavess {the angel of death}. This is born out by the opinion that the prophet Eliyahu {Elijah} is none other than Pinchas. Eliyahu, we are taught in the Navi {Prophets}, ascended to the heavens in a chariot of fire. With this covenant of peace he never died.

How was the vengeance that Pinchas avenged so unique and exemplary that he merited such an amazing reward?

The story is told (Around the Maggid’s Table – Rabbi Paysach Krohn) of a wealthy man, R’ Zev, known for his compassion for others. Although he was a tough businessman, he always found a place in his heart for the less fortunate than he who would often call upon him for help.

One day, Shimon, a man who had reneged on many obligations in the past, called to ask for a large loan. Knowing that no one else would lend him any money, R’ Zev decided to aid him. He hoped that Shimon would appreciate the fact that he had helped him when no one else would and show that appreciation by paying back the loan on time.

That unfortunately was not the case. The due date came and went without even a word from Shimon. After more than two years had passed, even R’ Zev’s inexhaustible patience finally reached its limit. He approached Shimon to ask for his money.

Needless to say, R’ Zev was completely shocked when Shimon denied ever having received any loan from him. “How dare you deny the loan! I helped you when no one else would! This is how you ‘repay’ me?” R’ Zev demanded angrily.

Shimon remained steadfast in his calm denial, leaving R’ Zev no recourse besides summoning Shimon to a Rabbinical court. The judges ruled that in the absence of any document or witnesses, Shimon had the option to swear that he hadn’t received any money from R’ Zev and could thus be exonerated.

R’ Zev was confident that even Shimon wouldn’t have the audacity to swear falsely but he once again miscalculated. Shimon calmly swore that he hadn’t borrowed any money. At this point R’ Zev lost it… “I don’t care about the money but how can you swear falsely! Don’t even the Ten Commandments mean anything to you? You are a disgrace to yourself and to all Jews!” With that, R’ Zev stormed out of the room.

For months R’ Zev was still furious. “I don’t care about the money but how could he swear falsely?” he would say time and time again.

Years passed and the incident was forgotten. Then one Shabbos afternoon, R’ Zev went to the front of the synagogue and made a startling announcement. “A number of years ago I had an incident with Shimon. After the ruling of the judges I criticized Shimon publicly in a very severe manner. Just as I defamed him publicly, I am now begging his forgiveness publicly.”

The congregants were stunned. Immediately after the prayers people ran to R’ Zev, curious to know what prompted this apology after so many years. He then told the following story.

“This past week I was traveling on business through a far away town. I had some free time so I decided to sit in on the Rabbinical court which was then convening. As I sat and listened I realized that they were judging an almost identical case to the one that I had brought against Shimon a few years ago. A man who had admitted to other people that he had borrowed money from a certain wealthy individual was now denying it. The judges ruled that he could swear and be free from any obligation. No one thought he would swear but he did. I watched it all happen and it didn’t faze me.”

“As I was traveling home a thought occurred to me. This man had also violated the same commandments that had upset me so much years ago but now it didn’t really bother me. Why had it upset me so much with Shimon but not at all with him? I realized that it really was my money that was infuriating me all along. I kept saying that it was the false swearing and the desecration of Hashem’s name but I now see that it really was simply the fact that it was my money. For that I had no right to speak so harshly against him.”

Pinchas, the passuk {verse} states, was “kan’o es kinasi.” He was avenging Hashem’s honor. There wasn’t even a smack of his own personal interests in mind. By doing that he rose above the confused mixture of good and evil that we are all comprised of. He didn’t need the normal life/death process that we all must endure in order to separate and be re-built in a purely tov’ {good} manner. He lived forever.

In order to pray for the redemption we must put aside our own personal considerations–the planned vacation, the IPO, etc.–and be troubled by the incredible desecration of Hashem’s name that results from the world continuing in its present state. We must be “kan’o es kinasi” be jealous for Hashem without involving our own petty dealings and concerns.

Once we reach that point, the news of the redemption will be brought by none other than Pinchas/Eliyahu. Informing us that his teachings have finally been learned and internalized as we dance together to greet the Moshiach who will finally teach the world about Hashem.