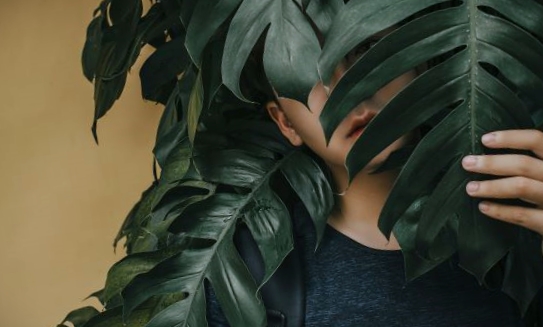 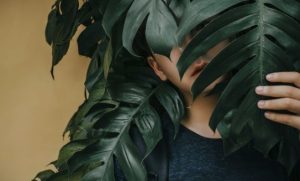 In this week’s Parashah, the Torah commands, “The land shall observe a Sabbath rest for Hashem. For six years, you may sow your field and for six years you may prune your vineyard, and you may gather in its crop. But the seventh year shall be a complete rest for the land, a Sabbath for Hashem; your field–you shall not sow and your vineyard–you shall not prune.” This is the Mitzvah of Shemittah.

R’ Aryeh Finkel z”l (1931-2016; Rosh Yeshiva of the Mir Yeshiva in Modi’in Ilit, Israel) writes: Early commentaries write that this Mitzvah teaches us Bitachon / trust that Hashem will provide our needs even if we do not work the land. One who does not observe Shemittah, effectively denies that Hashem created the world, for if He is the Creator, He certainly can provide.

R’ Finkel continues: Midrash Tanchuma applies to those who observe Shemittah the verse (Tehilim 103:20), “Bless Hashem, His angels; the Gibborim / strong warriors who do His bidding, to obey the voice of His word.” This verse, says the sage Rabbi Huna, refers to those who said, “Na’aseh ve’nishma” / “We will accept the Torah without knowing what it says.” The sage Rabbi Yitzhak Nafcha says: The verse refers to those who observe Shemittah, who have the strength to declare their crops ownerless and watch others collect them. [Until here from the Midrash]

Where does one acquire such strength? asks R’ Finkel. Certainly, human nature does not allow one to stand by silently while someone else enjoys his crops!

R’ Finkel answers: If one has Bitachon that Hashem will give him this strength, then Hashem will indeed do so. On the other hand, if one resigns himself to being a prisoner of his nature, he will remain a prisoner of that nature. This, continues R’ Finkel, is the secret that was revealed to Bnei Yisrael, which enabled them to say, “Na’aseh ve’nishma.” They did not worry that Hashem would give them a Mitzvah that was too difficult for them to observe. Instead, they trusted that, if it is Hashem’s will that we perform a given Mitzvah, nature cannot get in the way.

R’ Finkel adds: Our Sages say that, when Hashem offered the Torah to the gentile nations, they asked, “What does it say?” Ultimately, they did not accept the Torah because its commandments contradicted their inborn desires. When one sees nature, rather than Hashem’s will, as the reality, he cannot grasp that man can overpower his natural desires and change his nature for the better. (Har Yei’ra’eh)

R’ Avraham Saba z”l (1440-1508; Spain and Italy) writes: There are many deep secrets relating to the Mitzvot of Shemittah / the Sabbatical year and Yovel / the Jubilee Year. But, even on a revealed level, they are the foundation of the Torah and of the world.

He elaborates: The world could not exist without both poor people and rich people living side-by-side. [See Devarim 15:11–“For destitute people will not cease to exist within the Land.”] But, while the poor live in suffering and privation and, at all times, are looking Heavenward for their next meal, the rich live in happiness and comfort, oblivious to their poor brethren’s pains.

The Shemittah and Yovel make the poor and the rich equal. For one year–and, sometimes, for two consecutive years–the wealthy man also must look Heavenward for his sustenance. In this way, he feels the poor man’s pain, and he performs Chessed / acts of kindness, which is the foundation of the world, as we read (Tehilim 89:3), “The world will be built through Chessed.” (Tzror Ha’mor)

“The land shall not be sold in perpetuity, for the land is Mine; for you are sojourners and residents with Me.” (25:23)

Rabbeinu Nissim ben Reuven Gerondi z”l (Spain; 1320-1376) writes: Even if the buyer and seller would agree amongst themselves that the land being sold will not revert to the seller at the Yovel, their agreement would be void, for the Torah says, “For the land is Mine.” The very purposes of this Mitzvah are to remind us, first, of the holiness of Eretz Yisrael and, second, that everything we possess is Hashem’s, not ours. (Quoted in Perushei Ha’Ran Al Ha’Torah Ve’Nach)

“If your brother becomes impoverished and his means falter in proximity to you, you shall strengthen him–stranger and resident–so that he can live with you.” (25:35)

R’ Moshe Yehoshua Hager z”l (1916-2012; Vizhnitzer Rebbe) teaches: There are two kinds of poor people. One type of poor person lacks money, while the other type lacks Da’at–here referring to a person who lacks proper appreciation of Torah study and prayer. The latter type of pauper is more in need of our pity than the former, for a person who lacks money at least knows he is poor, while he person who lacks Da’at might not know he is missing anything. He may even attend Shul or Torah classes every day, yet it may be a meaningless routine to him.

This verse is instructing us to help both types of paupers. How does one help the person who lacks the type of Da’at describe here? The Vizhnitzer Rebbe answers: By having him experience a proper Shabbat, for we read (Shmot 31:13), “You shall observe My Sabbaths, for it is a sign between Me and you for your generations, La’da’at / to know (from the same root as “Da’at”) that I am Hashem, Who makes you holy.” This strategy is alluded to in our verse, as well: “Stranger and resident–so that he can live with you.” If he is distant like a stranger, make him a “Toshav,” which has the same Hebrew letters as “Ve’shabbat.” Invite him for Shabbat so that he will live with you, i.e., so that you can give him a feeling for a deeper spiritual life. (Yeshuot Moshe: Ma’adanei Ha’shulchan p.194)

We began last week to address the question: Does having Bitachon guarantee a “good” outcome, i.e., the outcome that I want? As discussed, R’ Avraham Yeshayahu Karelitz z”l (1878-1953; Bnei Brak, Israel; the “Chazon Ish”) describes that understanding of Bitachon as “an old misconception rooted in the hearts of many.” Understood correctly, he writes, Bitachon is the conviction that nothing happens by chance; rather, everything that occurs is decreed by Hashem. We noted that the Chazon Ish’s understanding of Bitachon is also the view of R’ Avraham ben Ha’Rambam z”l (son of Maimonides; Egypt; 1186-1237).

R’ Baruch Aryeh Halevi Fischer shlita (rabbi and educator in Brooklyn, N.Y.) counters: If the view the Chazon Ish rejects is “old” and “rooted in the hearts of many,” it is incumbent upon us to understand its origins and basis. Accordingly, among other sources, R’ Fisher offers the following:

We read (Shmot 15:23-24), “[Bnei Yisrael] came to Marah, but they could not drink the waters of Marah because they were bitter . . . The people complained against Moshe, saying, ‘What shall we drink?’” R’ Moshe Sofer z”l (1762-1839; rabbi and Rosh Yeshiva in Pressburg, Hungary; the “Chatam Sofer”) writes that this verse is a rebuke to those who earn money dishonestly when, if they would only be patient, they would earn the same money honestly. He explains: In this verse Bnei Yisrael asked Moshe: “A person who is parched can quench his thirst even with murky, foul tasting water. Should we drink this bitter water, or, if we are patient, will Hashem give us better water and we will regret having drunk the bad water?” Because of their insightfulness, Hashem sweetened the water. And, the Torah continues (verse 25), “There He established for [the nation] a decree and an ordinance,” i.e., He taught them that one who is patient is assured of finding wealth honestly. (Torat Moshe)

Not only were the waters sweetened, notes R’ Fisher, Bnei Yisrael found at their next stop in the desert (verse 27), “Twelve springs of water and seventy date-palms.” We see, R’ Fisher concludes, that every member of Bnei Yisrael, from the greatest to the simplest, was permitted to ignore the water that was readily available, even though it was adequate for their basic needs, and to wait, with Bitachon, for Hashem to give them what they wanted–in this case, better tasting water. This would be seem to be a source for the understanding of Bitachon that the Chazon Ish views as incorrect, i.e., that if I trust in Hashem, He will give me what I want–even something that is not a true need. (Lev Ha’ari p. 47)