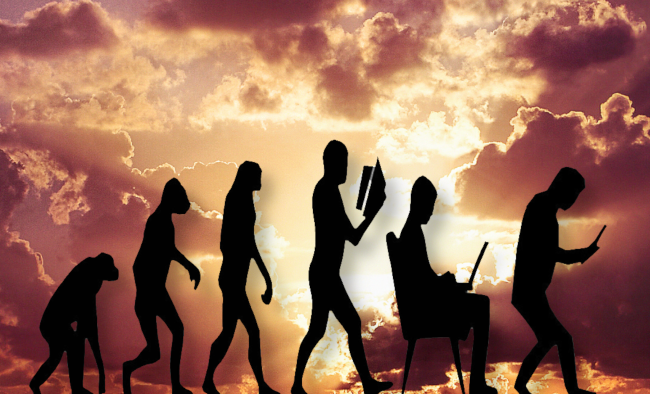 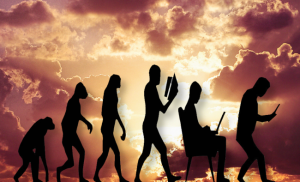 Pirkei Avos (Ethics of the Fathers) teaches that “Avraham Avinu (our Forefather Abraham) was tested with ten tests (one of which was “Lech Lecha”, leaving his birthplace for an unknown destination based on a Divine promise) and prevailed in all of them.” (Pirkei Avos 5:4) Rabbi Chaim Volozhiner (1) notes in his commentary on that mishna that the previous mishna also mentions Avraham but surprisingly omits the tribute “Avinu.” Based on the verse in Mishlei/Proverbs (20:7), “A tzadik (righteous individual) walks in righteousness, fortunate are his offspring after him,” Rabbi Chaim explains what could be described as the Theory of “Spiritual Lamarckism.” According to Lamarck, organisms altered their behavior in response to environmental change. Their changed behavior, in turn, modified their organs, and their offspring inherited those “improved” structures. For example, giraffes developed their elongated necks and front legs by generations of browsing on high tree leaves. The exercise of stretching up to the leaves altered the neck and legs, and their offspring inherited these acquired characteristics. Although this theory has long been disproved in the science of the physical world, it nonetheless remains completely true in the realm of the spirit. One who ascends the spiritual ladder and acquires levels of saintly achievement does indeed bequeath these acquisitions to their offspring.

The commentaries point out that the word for trial or tribulation, nisayon, derives from the word for flag, nays, because the purpose of life’s ordeals is to elevate the person, to raise him up like a flag, and to assist in the actualization of his potential.

Avraham was tested ten times because he was destined to become “Avinu,” the progenitor of the holy Jewish nation. By rising to the challenge of each of these ordeals, and prevailing in each instance, he was able to realize all of his latent potential which would then, through the process of “Spiritual Lamarckism,” become the inheritance of his offspring and part of the spiritual DNA of the Jewish People.

Rabbi Chaim Volozhiner uses this idea to explain how so many simple Jews over the centuries have proved willing to give up their lives, dying to sanctify the Divine name, dying as a Jew, in order to hold true to their religious beliefs. It is encoded in the spiritual genetics of a Jew to be able to do so as a result of Avraham’s willingness to be tossed into Nimrod’s fiery furnace at Ur Kasdim rather than to relinquish his monotheistic convictions. Likewise, Rabbi Chaim explains, the ability of the simple Jew to uproot himself and his family and trek large distances through horrible conditions in order to set foot in the Land of Israel results from Avraham’s success in his challenge to do the same upon hearing the command “Lech Lecha.”

As we strive in our own lives to grow in Torah and G-d consciousness and to ascend the ladder of spirituality, we should do so with the awareness and joy of knowing that our achievements and acquisitions will not only elevate us, but will become the spiritual inheritance of our offspring as well.

(1) 1749-1821; foremost disciple of the Vilna Gaon and founder of the famous Yeshiva in Volozhin in 1802; author of Nefesh HaChaim on Torah philosophy & outlook and Ruach HaChaim on Pirkei Avos