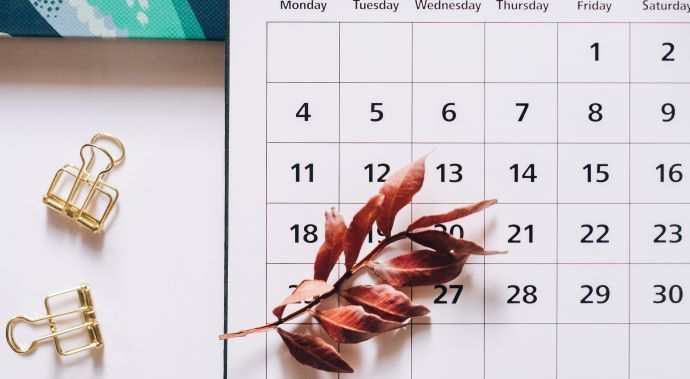 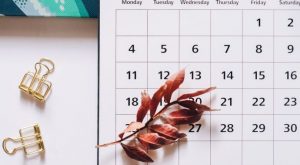 In this week’s Parashah, we read about the final Plagues that Hashem brought on Egypt and about the Exodus, and we also find the first Mitzvah that was given to the Jewish People as a whole. That Mitzvah is the commandment to sanctify the new moon each month, taught by the verses (12:1-2), “Hashem said to Moshe and Aharon in the land of Egypt, saying, ‘This month shall be for you the beginning of the months, it shall be for you the first of the months of the year’.”

This, continues Rabbeinu Nissim, is why the verse says, “For you.” Although Nissan is not the first month by any other standard, it deserves to be recognized as the first month for us because it is the month in which we were taken out of Egypt. All of our reckoning should be rooted in the Torah (for example, in the Exodus), not in natural events, for the existence of the Jewish People is not governed by the rules of nature. Rather, everything that happens to us is Hashem’s response to us–either a reward or a punishment for our deeds. (Derashot Ha’Ran No.3)

“So that you may relate in the ears of your son and your son’s son that I made a mockery of Egypt and My signs that I placed among them–that you may know that I am Hashem.” (10:2)

R’ Mordechai Goldstein z”l (1931-2016; founder and Rosh Yeshiva of the Diaspora Yeshiva in Yerushalayim) explains that part of the Egyptians’ punishment for their obstinance was that later generations would mock them for their fate. [This is appropriate Middah-K’negged-Middah because it was the Egyptians’ pride that prevented them from acknowledging Hashem’s upper hand over them.] Therefore, R’ Goldstein used to say, we are obligated to put on skits at the Pesach Seder in which we “paint” caricatures of the Egyptians reacting to the Ten Plagues, for only in this way can we transmit this part of the message to the next generation. (Quoted in Gedulat Mordechai p.502)

R’ Aharon Hakohen z”l (1580-1656; Dubrovnik, Croatia) explains Pharaoh’s statement as follows: All along, Moshe had been telling Pharaoh that Bnei Yisrael wanted to go out to the desert to serve Hashem. Tired of the plagues, Pharaoh asked Moshe (in verse 8) who would go. Moshe answered (verse 9), “With our youngsters and with our elders we shall go; with our sons and with our daughters . . .” To this Pharaoh responded (incorrectly): No! I don’t believe that Hashem desires the service of those who are too young to know Him. Serve Hashem, for that is what you seek, but true service of Hashem can only be by adults. Clearly, your interest is not in serving Hashem; rather, you are plotting an escape!” This explains why Pharaoh drove Moshe and Aharon out of his presence without waiting for their answer. (Zekan Aharon)

“They baked the dough that they took out of Egypt into unleavened cakes, for they could not be leavened, for they were driven from Egypt and they could not delay, nor had they made provisions for themselves.” (12:39)

In the Pesach Haggadah (in the paragraph, “Matzah zo she’anu . . .”), we cite the above verse as the reason for eating Matzah at the Seder, implying that Matzah recalls the Exodus, especially the aspect of Chipazon / the hastiness of our departure from Egypt. But, earlier in the Haggadah (in “Ha lachma anya”), we say that Matzah is the bread that our ancestors ate in Egypt, implying that Matzah recalls the slavery. These two statements seem to contradict each other!

R’ Shlomo Zarka z”l (Algeria; died 1876) and R’ Yehuda Chermon z”l (Algeria; 1812-1911) explain that these two reasons for eating Matzah are complementary. They write: Why was the Exodus Be’chipazon / with hastiness, as alluded to in our verse? The answer is that it exactly paralleled the Egyptians’ treatment of Bnei Yisrael in slavery. When our ancestors were slaves, the Egyptians fed them Matzah, which is digested slowly, so they would go longer between meals and work more. And, when Bnei Yisrael tried to bake bread at home, the Egyptians came and rushed them off to work, forcing them to bake their bread before it leavened. Middah K’negged Middah, when Hashem redeemed Bnei Yisrael, he rushed them out of Egypt, forcing them, once again, to eat Matzah. This time, however, it was eaten with a feeling of great joy, because it represented something different–freedom! (Haggadah Shel Pesach Rinah V’yeshuah p.101)

R’ Chaim Paltiel z”l (13th century; France) asks: Why does our verse say they baked Matzah because they had to rush out of Egypt? In fact, they already had been commanded (12:15), “For seven days you shall eat Matzot”!

Therefore, he answers, our verse should be read as follows: “They baked the dough that they took out of Egypt into unleavened cakes, for they could not be leavened [because of the Mitzvah to eat only Matzah. And, why did they bake their Matzah outside of Egypt?] For they were driven from Egypt and they could not delay, [and they had nothing else to eat] nor had they made provisions for themselves.”

If this is the case, however, how can we say in the Pesach Haggadah: “Why do we eat Matzah? Because their bread did not have time to rise, as is written (in our verse), ‘They baked the dough that they took out of Egypt into unleavened cakes . . . for they could not delay’”? In fact, we eat it because of Hashem’s command! Rather, R’ Chaim Paltiel concludes, the way to reconcile our verse with the earlier command to eat Matzah is to realize that Hashem knows the future. When He commanded us to eat Matzah, He already knew Bnei Yisrael would not have time to leaven their dough at the time of the Exodus. (Quoted in Haggadah Shel Pesach Torat Ha’Rishonim p.163)

R’ Avraham ben Ha’Rambam z”l (son of Maimonides; Egypt; 1186-1237) writes: We read (Tehilim 145:15), “The eyes of Kol / all look to you with hope.” It appears from this and similar verses that Bitachon is a natural instinct shared by all creatures, including all people. Why, then, is it necessary to encourage people to work on developing this trait? Moreover, why do we praise those who master this trait?

Moreover, continues R’ Avraham, there are different kinds of Bitachon: involuntary and voluntary, general and specific. Involuntary Bitachon is what occurs when a wealthy person suddenly loses his fortune, or a physically fit person suddenly becomes ill, and that person says, “Now I have no choice but to trust in Hashem.” Such a person is not clinging to Hashem of his own good will, but only because he can no longer rely on the flimsy reed in which he used to place his trust (paraphrasing Melachim II 18:20), i.e., his own effort to become wealth or stay healthy. This level of Bitachon is found even among idolaters, R’ Abraham writes. [Ed. Note: The Bitachon described here is reminiscent of the expression, “There are no atheists in a foxhole.”]

Voluntary Bitachon, continues R’ Abraham, is the trust practiced by the special few who attach themselves to the Torah and believe wholeheartedly that all success originates from Hashem; therefore, they place their trust in Him even if they are now healthy and wealthy.

As for “general” and “specific” Bitachon, R’ Avraham explains that “general” Bitachon refers to those who pay lip service to, or occasionally have thoughts of, trusting in Hashem. Those who practice this trait recognize Hashem’s Hand in events after the fact.