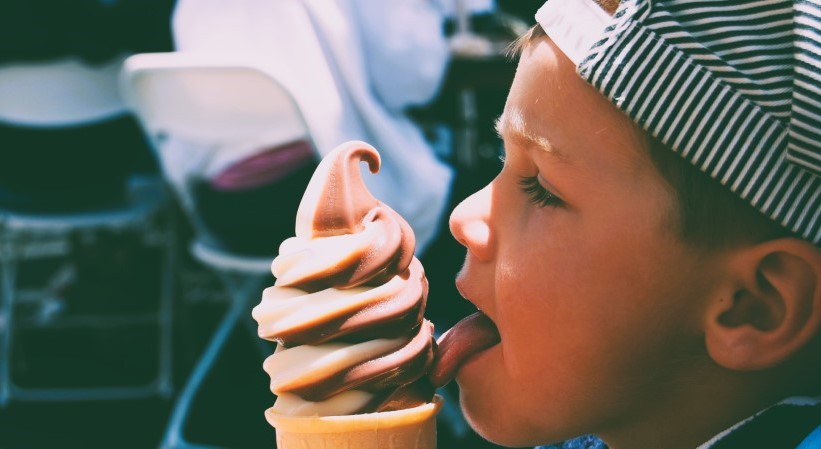 A Matter of Taste 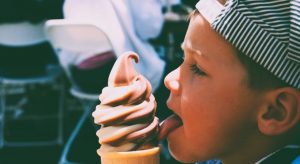 This week’s Parashah begins with the laws of the Parah Adumah / red heifer, the classic “Chukah” / decree, i.e., a Mitzvah whose reason we cannot understand. Regarding our understanding of the reasons for the Mitzvot, R’ Chaim Friedlander z”l (1923-1986; Mashgiach Ruchani of the Ponovezh Yeshiva) writes:

In the Pesach Haggadah, the “Wise Son” asks, “What are the Edot / testimonies and the Chukim / decrees and the Mishpatim / ordinances that Hashem, our Elokim, commanded you?” The Haggadah instructs us how to answer the Wise Son: “Also, you should tell him the laws of the Pesach offering: One may not eat desert after the final taste of the Pesach offering.” Commentaries ask: Why do we not give the Wise Son the answer that the Torah gives to his question (see Devarim 6:20-25), “We were slaves to Pharaoh in Egypt . . .” And, what is meant by “Also”?

R’ Friedlander explains that these questions answer each other. We should give the Wise Son the answer that the Torah gives, but we also should tell him: Even though we accept the yoke of Heaven upon ourselves as “slaves” to Hashem, we are meant to do so with love, and the Mitzvot are meant to leave a good Ta’am/ “taste” in our mouths.

R’ Friedlander continues: The Hebrew word “Ta’am” means both “taste” and “reason,” because understanding the reason for a Mitzvah gives it a good “taste.” But what of Chukim / Mitzvot whose reasons we do not understand? R’ Friedlander answers: When we have a proper appreciation for Mitzvot in general, then the mere fact that we are able to serve Hashem, even in ways we do not understand, will give us a good feeling and leave a good “taste.” (Siftei Chaim: Mo’adim II p.379)

“Then Moshe raised his arm and struck the rock with his staff twice; abundant water came forth and the assembly and their animals drank. Hashem said to Moshe and to Aharon, ‘Because you did not believe in Me to sanctify Me in the eyes of Bnei Yisrael, therefore you will not bring this congregation to the Land that I have given them’.” (20:11-12)

Rashi z”l explains Hashem’s meaning: “Had you spoken to the rock and it had given water, I would have been sanctified before the whole congregation, for they would have said, ‘If this rock, which cannot speak and cannot hear and needs no maintenance, fulfils the bidding of the Omnipresent Hashem, how much more should we do so!’”

R’ Meshulam Feish Segal Lowy z”l (the Tosher Rebbe in post-War Hungary and, from 1951, in Montreal, Canada) asks: Was Hashem’s Name not sanctified by the rock giving water on command–whether that happened through Moshe’s speaking to the rock or hitting it?

Also, we read later in the Parashah (21:17-18), “Then Yisrael sang this song, ‘Come up, O well, announce it; well that the princes dug, that the nobles of the people excavated, through a lawgiver, with their staff. A gift from the Wilderness’.” Why, asks the Tosher Rebbe, did Bnei Yisrael not sing in praise of the well when Moshe brought water out of the rock in our verse, or, better yet, when Moshe hit a rock and the well first appeared nearly forty years earlier (see Shmot 17:6)? Indeed, why was Moshe commanded to hit the rock forty years earlier, and now he was not permitted to do so?

The Tosher Rebbe explains: When Moshe hit the rock and it gave water on the earlier occasion (in Sefer Shmot), Bnei Yisrael did not sing praises of Hashem because they thought it must be a natural occurrence that rocks produce water when they are hit. That is why Hashem did not want Moshe to hit the rock again on this occasion. He wanted Moshe to speak to the rock so there would be no question that a miracle had occurred. That is what Hashem meant when he said: “Since you did not speak to the rock, My Name was not sanctified.”

Why did Bnei Yisrael sing in praise of the well later in our Parashah? Rashi explains that they sang when, through the waters of the well, they were informed of another miracle that had occurred, as the verse says, “O well, announce it.” (See below and Rashi to 21:15-16 for details.)

This teaches, continues the Tosher Rebbe, that the purpose of miracles is to make an impression on us, to raise our level of awe for Hashem. Indeed, the ultimate purpose of all of our efforts in this world should be to attain awe of Hashem–what is known as “Yir’at Ha’rommemut”/ “reverence for His loftiness.” This is our obligation no less than it was the obligation of our ancestors in the desert. (Avodat Avodah: Pitgamei Kodesh)

“The people spoke against Elokim and Moshe . . . Hashem sent the fiery serpents against the people and they bit the people. A large multitude of Yisrael died. The people came to Moshe and said, ‘We have sinned . . .’ Moshe prayed for the people. Hashem said to Moshe, ‘Make yourself a fiery [serpent] and place it on a pole, and it will be that anyone who was bitten will look at it and live’.” (21:5-8)

The Gemara (Avodah Zarah 44a) interprets: “Make yourself a fiery serpent”–from your own money. [Until here from the Gemara]

R’ Chaim Shalom Yisrael z”l (Rosh Yeshiva of Yeshiva Ner Shmuel in Yerushalayim; died 2002) writes: This is incredible! Bnei Yisrael speak against Moshe, Moshe prays for them, and then Hashem tells Moshe to spend his own money on a “cure”!

R’ Yisrael explains: Well-known Midrashim relate that both Moshe Rabbeinu and King David were shepherds in their earlier years, and they were chosen by Hashem as future leaders because of their extraordinary compassion for their flocks. Here, the Torah is teaching us how far-reaching are the obligations of the shepherd of Hashem’s nation. Even though Bnei Yisrael spoke against Moshe, Moshe was responsible for doing everything necessary to improve their situation. (Rachashei Lev)

What happened at the rivers of Arnon? The Gemara (Berachot 54a-b) explains: The Emorites planned to ambush Bnei Yisrael as they passed through a canyon along the Arnon River [identified with Wadi Mujib in present-day Jordan]. The Emorites did not realize, however, that the Aron Kodesh that traveled before the Camp of Yisrael flattened any mountains that were in Bnei Yisrael’s way. As a result, the Emorite ambushers were pulverized, their plan was foiled, and Bnei Yisrael passed by, completely unaware of the danger that had threatened them. Only when two Metzora’im / lepers trailing behind and outside the camp noticed a river of blood running through the wadi did the miracle come to light. [Until here paraphrased from the Gemara]

R’ Avraham Yitzchak Hakohen Kook z”l (1865-1935; Ashkenazic Chief Rabbi of Eretz Yisrael) writes: Everything that happened to our forefathers is a sign of what would/will happen to their children. In particular, what the Generation of the Desert experienced in a short time foreshadowed all of Jewish history.

R’ Kook continues: Besides its plain meaning, our verse and the above Gemara allude to a time in history when anti-Torah philosophies will lay in ambush for us, without our being aware of the spiritual danger we face. However, the Torah that we study–represented by the Aron Kodesh that carried the Luchot and flattened the mountains–will always be there to smooth the way for us, “crushing” foreign ideologies in its wake. Those who were always loyal to the Torah will be unaware at first what the Torah has done for them. However, those who were outside and experienced foreign ideologies will relate the danger we were in and how the Torah saved us. (Ain Ayah)

Malbim continues: Shabbat testifies that Hashem “rested” on the seventh day. Consistent with this, the Torah commands that our animals and our belongings rest on Shabbat. It would be fitting if our land also would rest and plants would not grow on the seventh day. However, the world operates according to consistent laws of nature, and, for whatever reason, Hashem made it that plants do continue to grow on Shabbat.

Therefore, Malbim writes, we have a Shemittah year, when the land rests for an entire year, once every seven years. This makes up the missing days of rest that accumulated during the prior six years. (Ha’Torah Ve’ha’mitzvah: Parashat Behar)

R’ Aharon Rotter shlita (Bnei Brak, Israel) explains the Malbim’s calculation: There are 354 days in a lunar year, of which one-seventh–approximately 50–are Shabbatot. In six years, there are approximately 300 Shabbatot [more precisely, 303]–the same number of weekdays that there are in a typical Shemittah year. (Sha’arei Aharon: Parashat Behar)