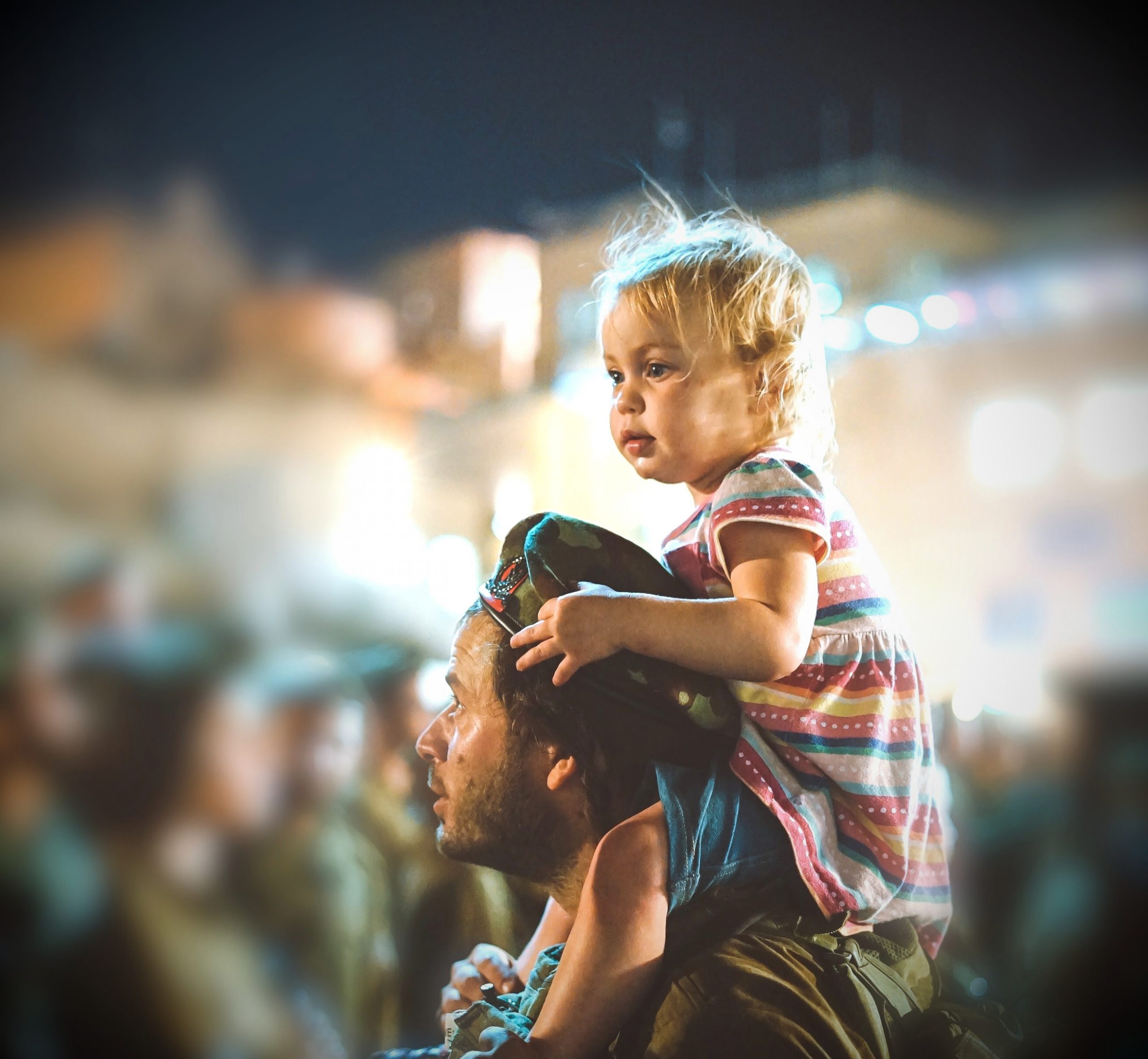 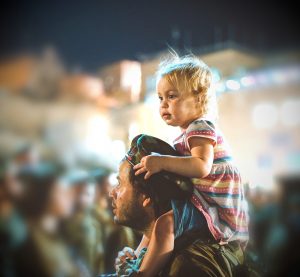 In this week’s Parashah, we read about Korach’s rebellion. Midrash Rabbah observes that Korach was “very wise, and one of those who carried the Aron / Holy Ark,” but he still rebelled.

R’ Aharon Lewin z”l Hy”d (the Reisher Rav; killed in the Holocaust) asks: Of what relevance is the fact that Korach carried the Aron? He answers:

The Gemara (Sotah 35b) relates that, miraculously, “the Aron carried those who carried it”–i.e., the Aron was weightless, and its bearers seemed to glide over the road as they traveled. What does this miracle represent? R’ Lewin explains: Laws that are man-made become a burden eventually. Times change, societies change, and circumstances change, and the laws need to change with them. It can be said that people “carry” man-made laws. Without man’s continuous support, they would collapse.

The Torah, in contrast, is given by G-d and is unchanging. In contrast to man-made laws, it can be said that the Torah carries us. If the Torah ever seems like a burden, the fault is with us; we must change, not the Torah, R’ Lewin writes.

As a wise man and one who carried the Aron, Korach should have understood this better than anyone. He, of all people, should have recognized the immutable truth of the Torah, which “carried him.” A corollary to the Torah’s truth is the immutable truth of the prophecy of Moshe Rabbeinu, the giver of the Torah. Even so, the Midrash is observing, Korach had the temerity to challenge Moshe. (Ha’drash Ve’ha’iyun)

The Mishnah (Avot ch.5) points to Korach’s dispute as the paradigm of a Machloket that was conducted She’lo L’shem Shamayim / not for the sake of Heaven. In contrast, the Mishnah points to the disagreements between the Sages Hillel and Shammai (and their Yeshivot, Bet Hillel and Bet Shammai) as the paradigms of Machloket L’shem Shamayim / disagreements for the sake of Heaven.

What defines a Machloket as L’shem Shamayim or not L’shem Shamayim? R’ Zachariah Gelley z”l (1933-2018; Rosh Yeshiva in Sunderland, England; later, rabbi of K’hal Adath Jeshurun / “Breuer’s” in New York) explains: Hillel and Shammai (and their students) had only one goal–to understand what is written in the Torah. Their relentless pursuit of the truth led them to sometimes disagree; however, if one side proved that its view was correct, the other side gave in (see, for example, Gittin 41b). That is what happens when the goal is discovering the truth. Korach, in contrast, was interested in what he wanted, not in the truth. He cared only about proving that his viewpoint was correct.

R’ Gelley adds: Midrash Rabbah relates that Korach refused to reply when Moshe addressed him. Korach knew that he could never best Moshe Rabbeinu in a debate, so he chose to keep silent. In contrast, King David writes (Tehilim 119:99), “I have learned from all who taught me.” One whose only interest is ascertaining the truth is not afraid to engage with, and learn from, everyone–even from his students (see Ta’anit 7a). (Quoted in Yeshurun Vol.40 p.644)

Why “in the morning?” R’ Yehuda Ze’ev Lebovitz z”l (1921-2010; Tel Aviv, Israel) explains: It is written in earlier works that Tzaddikim “wash”– i.e., purify–the souls of Bnei Yisrael while the latter sleep. Certainly, writes R’ Lebovitz, Moshe Rabbeinu must have known how to do this, and that is why he pushed Korach off until the morning.

Why, in fact, was Moshe not able to rehabilitate Korach’s soul overnight? We read (verse 19), “Korach gathered the entire assembly to the entrance of the Tent of Meeting,” and Rashi z”l comments that Korach spent the whole night circulating among all the tribes, trying to win them over with scoffing language. This means, writes R’ Lebovitz, that Korach did not sleep that night. As such, his soul did not ascend to the “place” where Moshe Rabbeinu could have cleansed it. (Ohr Levi)

R’ Yaakov Moshe Charlap z”l (rabbi of Yerushalayim’s Sha’arei Chessed neighborhood and Rosh Yeshiva of Yeshivat Merkaz Harav; died 1952) writes: G-d forbid that the entire assembly believed Korach. Nevertheless, it is one of the weaknesses of man that he is easily drawn into things unthinkingly. (Mei Marom: Nimukei Mikraot)

Midrash Rabbah asks: Korach was wise; what did he see that led him down his nonsensical path? The Midrash answers: He saw a great line descending from himself, including the prophet Shmuel, who is equated with Moshe and Aharon (see Tehilim 99:6), and he thought that he therefore deserved honor.

R’ Yosef Yozel Horowitz z”l (1847-1919; the Alter of Novardok) asks: Seemingly, the Midrash is not answering the question; it is making the question stronger! If Korach was so great that he could see the future, how did he err?

Had Korach been honest with himself, he would have reasoned: I am already great because a great person–Shmuel–will come from me. I do not need to enjoy that greatness now. Alternatively, he would have told himself that the Torah abhors those who exercise control over others; therefore, there is no reason to pursue greatness.

This is a very common behavior of man, the Alter continues. We justify actions that are contrary to the Torah’s will instead of recognizing that our justifications were developed after we already had the desire to perform the action in question. One who wants to can, however, be honest with himself. (Madregat Ha’adam: Beirur Ha’middot ch.8)

Rashi quotes the above Midrash, and concludes: Korach said to himself, “On Shmuel’s account, I shall escape the punishment.” [Until here from Rashi]

R’ Shaul Yisraeli z”l (1909-1995; rabbi of Kfar Ha’roeh, Israel and a Rosh Yeshiva in Yeshivat Merkaz Harav) comments: This is both amazing and frightening at the same time. Korach used Ruach Ha’kodesh / Divine inspiration to see that the prophet Shmuel would descend from him, and that very vision led him to instigate the fight that is considered the paradigmatic Machloket / quarrel (Avot ch.5). The lesson for us, writes R’ Yisraeli, is that sin is waiting for a person, and the greater a person is–as Korach was a great man–so will his challenges and tests be greater. (Siach Shaul)

R’ Tzaddok Hakohen Rabinowitz z”l (1823-1900; Chassidic Rebbe in Lublin, Poland) writes: One might have thought that Shemittah takes the place of Shabbat because the primary Mitzvah of Shabbat is to engage in Torah study without distractions on one day out of every seven days. During the six workdays, one person is busy with his olives and another one with his vineyard, but, on Shabbat, all are free to study Torah. If so, then during Shemittah, in an agricultural society, when no one is working and the poor and rich have equal access to food, one might think that there is no need for Shabbat.

R’ Tzaddok continues: The Torah teaches that one may not build the Mishkan or Bet Hamikdash on Shabbat. This is necessary because, similar to the argument above, one might think that there is no need for Shabbat when one is engaged all week long in bringing Hashem’s Shechinah into this world by building a place for it to reside.

Why, indeed, is there nevertheless an obligation to observe Shabbat during the Shemittah year? R’ Tzaddok explains: Even when one engages in Torah study all week long, there is added holiness to Shabbat and the Torah studied on that day, as we read (Shmot 31:13), “You must observe My Sabbaths, for it is a sign between Me and you for your generations, to know that I am Hashem, Who makes you holy.” (Pri Tzaddik: Shmot 6)