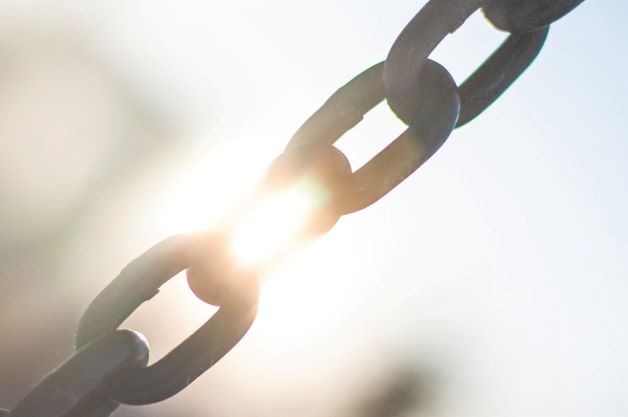 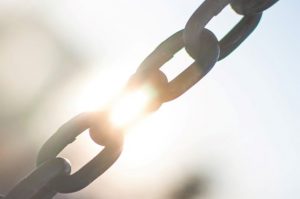 The Shabbat before Pesach is known as “Shabbat Ha’gadol” / “the Great Shabbat” because of the miracle that happened on that day. Before the Exodus, Hashem commanded (Shmot 12:3), “On the tenth of this month they shall take for themselves–each man–a lamb or kid for each father’s house, a lamb or kid for the household.” Midrashim relate that the 10th of Nissan that year fell on Shabbat. When the Egyptians saw Bnei Yisrael setting aside lambs, which the Egyptians venerated as gods, the Egyptians asked, “What are these for?” Bnei Yisrael answered, “On the 14th of Nissan, we will slaughter these lambs as offerings to Hashem.” The Egyptians wanted to object, but, miraculously, they were powerless to do so. That miracle, which occurred on the Shabbat before Pesach, is commemorated on Shabbat Ha’gadol.

Shabbat Ha’gadol is marked by a special Haftarah. R’ Gedaliah Nadel z”l (1923-2004; farmer, construction contractor, Rosh Kollel, and one of the leading Halachic authorities in Bnei Brak, Israel) explains that the connection between that Haftarah and the occasion is in the verses (Malachi 3:23-24), “Behold! I send you Eliyah the prophet, before the great and awesome day of Hashem. He shall restore the heart of fathers to [their] children and the heart of children to their fathers . . .” Before the Exodus could occur, Bnei Yisrael needed to be redeemed from their spiritual subjugation to the Egyptians, so they were commanded to take lambs–Egyptian gods–as Korbanot in plain sight of their former masters. Likewise, we are subjugated spiritually to the cultures of the nations in whose midst we live. Before we can experience the Final Redemption, Eliyahu Ha’navi will come to awaken our hearts so that parents and children, all generations together, will be prepared to accept the lifestyle and culture that Hashem intends for us to have. Only then can we be redeemed. (B’torato Shel R’ Gedaliah p.196)

One of the elements of the Metzora’s sacrifice described in our Parashah is an Ezov, a type of grass. Our Sages teach that it must be a plain Ezov, not an “Ezov Romi,” nor an “Ezov Kuchli,” and not any other type of Ezov that has an adjective modifying its name.

R’ Moshe Sternbuch Shlita explains that the lowly grass represents humility. True humility is “plain,” with no conditions (i.e., the adjectives). It is not “Romi” (“high”), i.e., a false humility. It is not “Kuchli” (“makeup”–from “Kechol,” a type of eye shadow), i.e., something that one “puts on” for others to see. (Ta’am Vada’at)

Why? R’ Gershon Shaul Yom Tov Lipmann Heller z”l (Central Europe; 1579-1654) explains in his Mishnah commentary: Only the Kohen has the Halachic standing to make a binding determination that a house has Tzara’at. Since the owner’s statement that the house has Tzara’at would have no consequence, why should he make such a statement, when he could, instead, imitate the fine character trait of saying, “I don’t know”? Alternatively, he writes, the owner should not declare that his house has a Nega so that the Kohen will not rush to judgment and declare the house Tamei. (Tosefot Yom Tov)

R’ Chaim Zaichyk z”l (1906-1989; Rosh Yeshiva of Yeshivat Bet Yosef-Novardok in Buchach, Poland; later in Israel) observes: The fear expressed by the Tosefot Yom Tov that the Kohen will be influenced by a homeowner saying, “A Nega has appeared in my home,” rather than, “Something like a Nega has appeared in my home,” reflects how much a person is influenced by the views of his friends, by his surroundings, and by popular opinion. Popular opinion puts tremendous pressure on a person’s thoughts, and he is not easily or often liberated from that pressure. There are people with very refined natures [which would have influenced them to act a certain way], but who don’t have the strength to go against the stream. There also are people who are simply afraid: “What will people say?”

R’ Zaichyk continues: This is exactly why the Metzora is required to sit in seclusion outside of the camp or city. His sin of Lashon Ha’ra resulted from succumbing to the pressures that society places upon a person–i.e., competition, jealousy, and the desire for honor. Therefore, he is given an extended period to reflect on, and shake off, these negative impacts that his community has had on him.

Hashem said, “You sold Yosef as a slave! I swear by your lives that you will recite every year, ‘We were slaves to Pharaoh in Egypt’.” (Midrash Tehilim)

R’ Shlomo Kluger z”l (1785-1869; rabbi of Brody, Galicia) asks: If the Midrash is teaching that our ancestors were enslaved in Egypt as a punishment for Yosef’s brothers selling him, let the Midrash say so! Why does the Midrash focus on our annual recitation of “We were slaves to Pharaoh in Egypt”?

R’ Kluger explains: The Gemara (Nedarim 32a) teaches that slavery was decreed on Avraham’s descendants either because Avraham questioned Hashem’s promise to give Eretz Yisrael to Avraham’s descendants, or because Avraham impressed Torah scholars into service to fight the Four Kings. Nevertheless, the commentator, R’ Moshe Alsheich z”l (1508–1593; Tzefat, Eretz Yisrael), attributes our ancestors’ slavery to the sale of Yosef.

It would appear, writes R’ Kluger, that both factors contributed to our enslavement. The decree that Avraham’s descendants would be enslaved was due to one or the other of Avraham’s errors that the Gemara identifies. However, there is still a technical problem to be resolved, i.e., that the Torah does not recognize a gentile’s ownership of a Jewish slave. How, then, could the Egyptians own Bnei Yisrael and enslave them?

R’ Kluger answers: Commentaries write that Yosef and his brothers disagreed about whether they–living, as they did, before the Torah was given–were Jews or gentiles: Yosef claimed they were not Jewish, while his brothers claimed that they were Jewish. [The practical Halachic impact of this difference of opinions is beyond the scope of this space.] But, observes R’ Kluger, if Yosef’s brothers held that they were Jewish, how could they sell Yosef–who also was Jewish according to them–to gentiles as a slave? Only if Yosef was a gentile could he be enslaved by a gentile! Thus, by selling Yosef, his brothers acknowledged that they were not yet Jewish, and that their descendants, Bnei Yisrael, also could be enslaved by gentiles before the Torah was given. Therefore, says Hashem: Because you sold Yosef as a slave, you will have to admit that you were slaves to Pharaoh in Egypt. (Haggadah Shel Pesach Ma’asei Yedei Yotzer p.84)

Another benefit is that a person will have less heartache because of business matters. For example, if there is a delay in a transaction or he is unable to collect a debt or he becomes ill, he will not worry because he knows that Hashem takes care of his affairs better than he could do himself. Likewise, Hashem makes better choices for a person than he is capable of making for himself. Thus, we read in Tehilim (62:6), “My soul! Wait quietly for Elokim alone, for my hope comes from Him.”

The final benefit is being happy no matter where life leads a person, even if it leads him somewhere that is against his nature. This happiness comes from trusting that Hashem does only what is best for a person–as a mother bathes, diapers, bundles, and unbundles her child against his will. In this vein, King David said (Tehilim 131:2), “I swear that I stilled and silenced my soul, like a nursing child at his mother’s side, like the nursing child is my soul”–cared for by Hashem.

[Rabbeinu Bachya concludes his introduction by laying out a roadmap for the rest of his work–beginning with an answer to the question: “What is Bitachon?” We will tackle that question in our next issue, which will appear after Pesach iy”H.] (Chovot Ha’levavot: Sha’ar Ha’bitachon, Introduction)