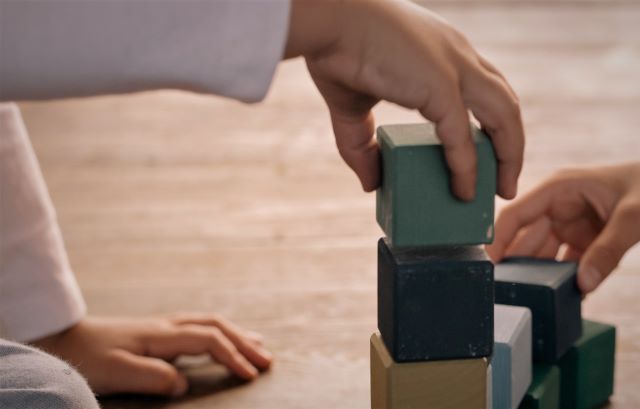 Everyone Has a Part 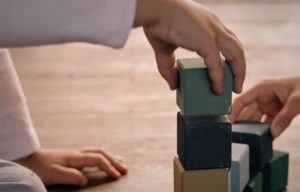 Sponsored by
Rochelle Dimont
on the yahrzeit of her mother
Mrs. Chaya Tarshish a”h (7 Adar II)

In our Parashah, Bnei Yisrael put the finishing touches on the Mishkan / Tabernacle. Midrash Rabbah teaches: Hashem said, “You angered Me by saying about the Golden Calf (Shmot 32:4), ‘Eileh / These are your gods, Yisrael.’ So, too, you have appeased Me with (the opening words of our Parashah), ‘Eileh/ These are the accountings of the Mishkan’.” [Until here from the Midrash]

R’ Avraham Dov Auerbach z”l (Chief Rabbi of Teveryah, Israel; died 2021) asks: In the case of the Golden Calf, the word “Eileh” was part of a sinful declaration! Here, the word “Eileh” is simply an introductory word to the Parashah. How can the Midrash compare the two uses of the word?

R’ Auerbach explains: The purpose of the accounting in our Parashah was not simply to prove that nothing was embezzled by those building the Mishkan–though our Sages say that that was one of the purposes of the accounting, since a person should go out of his way to shown others he is “clean.” The accounting also was made to elevate each and every member of Bnei Yisrael by confirming that every person’s contribution was used somewhere in the construction. The words, “Eileh / These are the accountings,” are not simply the Torah’s introductory words to our Parashah. They were spoken by Moshe when he pointed out how each of the donations was utilized.

R’ Auerbach adds: The Midrash refers to Moshe as a “trustworthy, loyal” person. In light of the above, we may explain that the Midrash is not referring to Moshe’s trustworthiness in not embezzling funds–which is not a particularly high praise. Rather, it refers to his loyalty to Bnei Yisrael in trying to highlight their contributions to the Mishkan, rather than his own. (Pitchei Avraham)

Rashi z”l comments: “The Mishkan was a testimony to Yisrael that Hashem had forgiven them for the sin of the Golden Calf.”

R’ Avraham Mordechai Alter z”l (1866-1948; Gerrer Rebbe, known as the “Imrei Emes”) answers: The holiday of Chanukah commemorates the fact that one day’s supply of oil burned for eight days, the length of time it took the Kohanim to acquire oil that was not Tamei / ritually impure. Why was this miracle necessary? According to Halachah, the Temple service may be performed in a state of Tum’ah when it is impossible or even impractical to perform it in a state of Taharah / ritual purity. [For example, if a majority of Kohanim are Temei’im, the Korban Tamid / daily burnt offering may be offered by a Kohen who is Tamei.] If the only oil available was Tamei, why couldn’t the Chashmona’im have used that oil?

The Gerrer Rebbe answers: Performing the Temple service in a less than ideal fashion, i.e., in a state of Tum’ah, is acceptable for routine Temple service. However, the Chashmona’im were re-dedicating the Temple; indeed, the word “Chanukah” means “dedication.” When a dedication is taking place, when a mitzvah is being inaugurated, we cannot settle for second best. Thus, only Tahor oil was acceptable for the dedication.

Similarly, it is true that Hashem dwells among Bnei Yisrael amidst their Tum’ah. However, the inauguration of the Mishkan could not have taken place unless Bnei Yisrael had been cleansed of the sin of the Golden Calf. (Quoted in Pardes Yosef: Chanukah p.107)

Rashi z”l writes: The word “Mishkan” is mentioned twice in our verse to allude to the Bet Hamikdash, which was taken as a Mashkon / pledge, so-to-speak, by being twice destroyed for the Jewish People’s sins. [Until here from Rashi]

R’ Shlomo Wolbe z”l (1914-2005) notes that a Mashkon is the property of its original owner even when it is in the possession of the creditor. It follows that the Bet Hamikdash still belongs to the Jewish People–i.e., we still have a connection to it–even though we do not possess it. (Shiurei Chumash)

R’ Shlomo Kluger z”l (1785-1869; rabbi of Brody, Galicia) notes that our verse contains two verbs (“took” and “placed”) while the verses relating to the other implements of the Mishkan have only one verb. (For example, verse 22 states: “He put the Table in the Ohel Mo’ed.”) Why?

R’ Kluger explains: The Gemara (Kiddushin 7a) teaches that when A gives a gift to B, who is a distinguished person, and B accepts the gift, A is considered to be a recipient because he is receiving a favor from B in that B honored A by accepting his gift. This is why the Torah says earlier (Shmot 25:2), “Take a donation for Me,” rather than, “Give a donation to Me,” because a person who is fortunate enough to give a gift to Hashem actually is receiving a favor from Hashem.

Similarly, it was an honor for Moshe to be able to put the Luchot into the Aron. Thus, when he “placed” them, he also “took” something for himself. (Imrei Shefer)

“For the cloud of Hashem would be on the Mishkan by day, and fire would be on it at night, before the eyes of all of Bnei Yisrael throughout their journeys.” (40:38)

R’ Meir Eliyahu shlita (Yerushalayim) writes: When a person is undergoing challenges, he can be confident that Hashem is with him during these challenges more than at other times. The reason for this is that Hashem is closer to us when we are humbled.

R’ Eliyahu writes that this is alluded to in our verse: “For the cloud of Hashem”–the Shechinah / Presence of Hashem–“would be on the Mishkan”–literally, “the home,” i.e., the body, which is the home of the soul–“by day”–when life is bright. But, “and fire”–a stronger revelation of the Shechinah–“would be on it at night”–when life is dark. This is “before the eyes of all of Bnei Yisrael”–a person who retrospects will see that, indeed, Hashem’s Presence was with him during his darkest hours even more than when things were going well. Hashem is there “throughout [our] journeys.” (Merkevet Argaman)

R’ Yitzchak Weiss z”l Hy”d (rabbi of Verbau, Czechoslovakia; killed in the Holocaust in 1942) writes: The Mishkan, where the Luchot were housed, alludes to a Torah scholar. If a Torah scholar publicizes himself, as the day is public, Hashem will bring a cloud of obscurity over him. However, if a Torah scholar conceals himself like an object concealed at night, Hashem will spread his fame as a fire is seen from a distance. (Siach Yitzchak)

One of the benefits of Bitachon relates to a person’s observance of the Torah. A person with Bitachon who is well-off will hurry to fulfill his obligations to G-d and man willingly and with a generous spirit. A person with Bitachon who lacks money will see his poverty as a kindness from Hashem, for he does not need to worry about whether he is fulfilling his financial obligations to G-d and man adequately. (Chovot Ha’levavot: Sha’ar Ha’bitachon, Introduction)

R’ Chaim Avraham Katz z”l (Mogilev, Belarus; died 1804) writes: Examples of obligations to G-d that may be expensive to fulfill include Tefilin and Oneg Shabbat. Examples of a rich person’s obligations to his fellow man include feeding and clothing the poor. (Pat Lechem)

R’ Shlomo Moshe Amar shlita (former Sefardi Chief Rabbi of Israel, now Sefardi Chief Rabbi of Yerushalayim) writes: It is very difficult for a person of means to be certain that he is giving charity at the level that Heaven expects of him. The Gemara (Ketubot 66b) tells of a man named Nakdimon ben Gurion who lived at the end of the Second Temple period. Using his fabulous wealth as collateral, this Nakdimon single-handedly provided water for all the inhabitants of Yerushalayim when it was under Roman siege. Even so, says the Gemara, Heaven found his level of charitable giving to be inadequate for a person of his means, and he ultimately lost everything. A less well-off person does not have such worries, writes R’ Amar; therefore, if he has Bitachon, he is grateful for his lack of wealth. (Be’chasdecha Batachti)