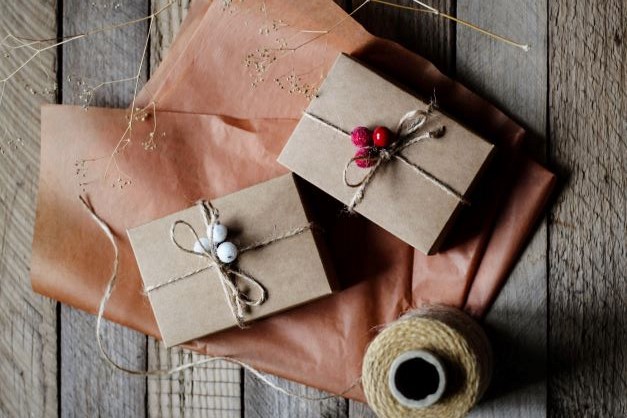 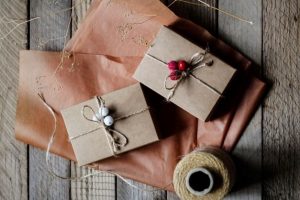 Our Parashah opens: “Now you shall command Bnei Yisrael . . .” R’ Yitzchak Dov Koppelman z”l (1906-2011; Rosh Yeshiva in Antwerp, Belgium; New York; and Lucerne, Switzerland) writes: In last week’s Parashah, the focus was on voluntary donations, as we read (25:2), “From every man whose heart motivates him you shall take . . .” In this week’s Parashah, in contrast, Bnei Yisrael are commanded to give.

He explains: Hashem wanted the Mishkan / Tabernacle to be built from voluntary donations, reflecting Bnei Yisrael’s love of Hashem and their desire for closeness to Him, because it is those feelings that create a dwelling place for the Shechinah in this world. At the same time, the Gemara (Kiddushin 31a) teaches: “One who performs an act that he is commanded to do is greater than one who performs an act that he is not commanded to do.” Although responding to a command does not demonstrate the same love of G-d as a voluntary act, it does demonstrate a recognition that fulfilling Hashem’s will is man’s highest calling. This, explains R’ Koppelman, is why it was not sufficient that Bnei Yisrael volunteered, “Na’aseh ve’nishma” / “We will do and we will hear.” Rather, the Gemara (Shabbat 88a) teaches that Hashem held the mountain over their head and coerced them to accept the Torah.

R’ Koppelman adds that there are two ways to serve Hashem: “Ahavah” / love and “Yir’ah” / reverence. While Ahavah surely is the higher form, we need to know that we cannot serve Him without Yir’ah as well. (Siach Yitzchak)

Commentaries note that this Parashah does not begin, as most others do, “And Hashem spoke to Moshe. . .” Many attribute this to Moshe’s saying (Shmot 32:32), “Now if You would but forgive their sin! — but if not, erase me now from Your book that You have written.” Since Moshe suggested that Hashem erase his name from the Torah, one Parashah does not contain Moshe’s name.

Even so, asks R’ Yaakov Aharon Yanovsky z”l (rabbi of several towns in Poland; died 1869), the Parashah could have opened, “And Hashem spoke to him . . . ,” without mentioning Moshe’s name. Moreover, why should Moshe be punished for offering to sacrifice his entire legacy for the sake of the Jewish People?

R’ Yanovsky explains: Moshe is not being punished. Rather, in our Parashah, and, likewise, in much of last week’s Parashah, the instructions regarding the construction of the Mishkan and its implements are introduced with, “You shall speak . . . , ” “You shall place . . . ,” or “You shall make . . . ,” to inform us that the entire Mishkan was possible only in the merit of Moshe‘s holiness. The Torah relates that the craftsmen who built it were blessed with wisdom and Ruach Hakodesh / Divine Inspiration, but that too flowed through Moshe to the craftsmen. (Bet Yaakov)

“They shall take for you pure, pressed olive oil for illumination, to kindle the lamp continually.” (27:20)

R’ Shaul Arieli shlita (rabbi in Queens, New York) asks: Why does the Torah interrupt its instructions for constructing the Mishkan and its implements to discuss the oil for the Menorah? Similar items used in offerings, such as the Ketoret / incense, are not discussed until later!

He answers: The Yetzer Ha’ra fights very hard to spoil the most holy occasions. Thus, for example, the Yetzer Ha’ra enticed Adam to sin before he could observe the first Shabbat in history, when, say our Sages, the world would have reached its ultimate perfection. Likewise, the Yetzer Ha’ra enticed Nadav and Avihu to sin by bringing an unauthorized offering on the day of the Mishkan’s dedication, a day whose joy was equal to that of the time of Creation. Nadav and Avihu’s sin led to their death, which dampened that day’s joy.

Oil, writes R’ Arieli, is a symbol of purity, as we read (Yirmiyah 11:16), “Hashem has called your name, ‘A leafy olive tree, beautiful with shapely fruit’.” Why, asks Midrash Rabbah, are the Jewish People likened to oil? Because, just as oil does not mix with water, so the Jewish People do not mix with other nations. The Torah is warning us, concludes R’ Arieli, of the purity of thought and action needed to complete the Mishkan successfully. (Mishnat Ariel)

“And you shall speak to all the wise-hearted people . . . These are the vestments that they shall make . . . for Aharon your brother and his sons, to minister to Me. They shall take the gold, the turquoise, purple, and scarlet wool, and the linen.” (28:3-5)

R’ Moshe Cheifetz z”l (Italy; 1664-1711) asks: Why did Hashem need to say, “They shall take the gold . . .”? Is it not obvious that the people making the Kohen’s vestments need to take the appropriate materials? It also is noteworthy, R’ Cheifetz writes, that silver and copper are not listed here, though they are listed among the materials collected in last week’s Parashah!

He explains: In Parashat Pekudei, when the construction of the Mishkan is completed, Moshe is called upon to account for the silver and copper that he used to construct portions of the Mishkan. Those materials were not given to the artisans and craftsmen. In contrast, the other materials were given to those workers. Therefore, Hashem tells Moshe: You will not be asked to account for those materials. “They shall take” the materials, and they will be responsible for them.

(In fact, we do not find that the craftsmen were ever called upon to account for any materials. R’ Cheifetz explains that because there were two of them–Betzalel and Ohaliav–and they were not related to each other, they were assumed to be trustworthy. This is why the Torah reminds us at the Mishkan’s completion (Shmot 38:22-23), that they were “Betzalel . . . of the tribe of Yehuda . . . And with him was Oholiav . . . of the tribe of Dan.” In contrast, since Moshe worked alone, he, in his humility, gave an accounting.) (Cheifetz Hashem)

“Tell the House of Yisrael of the Temple, and let them be ashamed of their sins and measure the design.” (Yechezkel 43:1–from the Haftarah)

R’ Shlomo Kluger z”l (1785-1869; rabbi of Brody, Galicia) explains: If not for the sin of the Golden Calf, no Mishkan would have been necessary; Hashem would have interacted with us as He did at Har Sinai, with no preparation on our part. After the sin of the Golden Calf, however, we need the Mishkan (and, later, the Bet Hamikdash) to prepare ourselves for a relationship with Hashem.

Therefore, says the prophet, we should feel shame when we hear of the Temple, for it is a reminder of our sins. What is meant by: “and measure the design”? R’ Kluger explains further:

The Mitzvah to build an altar was given immediately after the Giving of the Torah (Shmot 20:21), and there is no mention there of building a “house” for Hashem. An altar is all that Hashem “wanted,” not a house. This is corroborated, says the prophet, by reflecting on the design of the Temple, where the altar was 32 Amot square, and the Holy of Holies was only 20 Amot square, proving the latter’s lesser importance. (Shaima Shlomo)

We noted last week that Rabbeinu Bachya ibn Pekudah z”l (Saragossa, Spain; early 11th century) describes Bitachon as “what a servant of Hashem needs above all things.” He then lists ten benefits of Bitachon, the first being “peace of mind in reliance on Hashem.”

R’ Baruch Aryeh Halevi Fischer shlita (rabbi and educator in Brooklyn, N.Y.) writes: R’ Bachya lists this benefit first because a person can readily recognize this feeling and can easily understand that it is the result of having Bitachon. However, that is not the true purpose of Bitachon, for our Sages teach that Mitzvot were not given to us to benefit from in this world. The Mitzvah of Bitachon is not intended to give a person peace of mind; rather, having peace of mind is the definition and, possibly, a measure of one’s Bitachon.

Why “possibly”? R’ Fischer explains: A person could have peace of mind without having Bitachon. This is true of a happy-go-lucky person who ignores his responsibilities. Such a person does not have a care in the world, but that is not praiseworthy. In contrast, a person with Bitachon has many burdens, but he knows that he can place those burdens on Hashem’s “shoulders” so-to-speak. A person with Bitachon does not worry because He is constantly thinking of Hashem. (Lev Ha’ari p.3)

R’ Shlomo Moshe Amar shlita (former Sefardi Chief Rabbi of Israel, now Sefardi Chief Rabbi of Yerushalayim) writes that R’ Bachya’s two statements quoted in the introduction above actually express one thought: Bitachon is peace of mind that is essential to being a servant of Hashem, for without it one would not have the time or energy to focus on his spiritual obligations. (Be’chasdechah Batachti p.22)