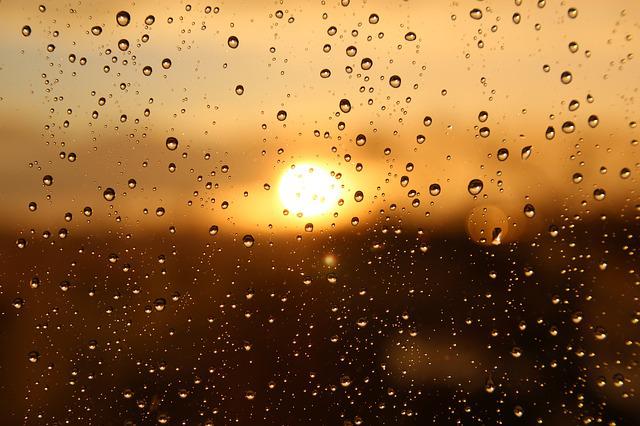 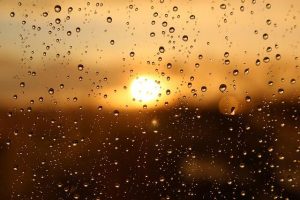 This Shabbat, and in the weeks that follow, we read the “Shiv’ah D’nechemta” / “Seven [Haftarot] of Consolation.” These selections from the Book of Yeshayah console us after Tisha B’Av by speaking of the ultimate redemption.

But why? asks R’ Mordechai Menashe Zilber shlita (Toldos Yehuda – Stutchiner Rebbe in Brooklyn, N.Y.). Why is consolation appropriate when Mashiach still has not come? Perhaps we should mourn even more when Tisha B’Av ends and we have not yet been redeemed!

He explains: On Tisha B’Av, we are not mourning for what was, for a world that existed and is no longer. Rather, on Tisha B’Av, we are pining for a world that is yet to come. Indeed, R’ Zilber writes, if one were to sink into despair on Tisha B’Av over the losses of the past, it would border on heresy, for it would imply that he does not believe in the ultimate redemption. [This idea is supported by the fact that many of the Kinnot end on an “upbeat” note, expressing our hope and confidence for the future.]

The Gemara (Bava Batra 60b) teaches: “One who mourns for Yerushalayim will merit to see its joy.” R’ Shlomo Hakohen Rabinowitz z”l (rabbi and Chassidic Rebbe of Radomsko, Poland; died 1866) writes that this is not speaking of joy at some time in the distant future. Rather, one who properly mourns for Yerushalayim will immediately experience the joy of the approaching redemption. Thus, concludes R’ Zilber, consolation is in order now. (Kuntreis Divrei Torah: Bein Ha’meitzarim p.55)

R’ Avraham Saba z”l (1440-1508; Spain and Italy) writes: At the end of last week’s Parashah, Moshe commanded his designated successor, Yehoshua, regarding conquering Eretz Yisrael. Seemingly, Moshe was acknowledging that he would not enter the Land. Nevertheless, Moshe prayed that he be allowed to enter Eretz Yisrael in fulfillment of the teaching of the Gemara (Berachot 10b), “Even if one has a sharp sword against his throat, he should not hold himself back from praying.” (Tzror Ha’mor)

R’ Moshe Yitzchak Ashkenazi z”l (1821-1898; Trieste, Italy) writes: This Mitzvah is the foundation of a civilized society. Therefore, the promised reward is that “your days will be lengthened . . . upon the land that Hashem, your Elokim, gives you.” This is not referring to long life for the individual, but rather long-term existence for the Jewish Nation on its Land. Of course, R’ Ashkenazi writes, a person who honors his parents may be rewarded with long life so that, Middah-K’negged-Middah, he can enjoy the same pleasure from his descendants that he gave to his parents. However, we see that it does not always work out that way, so the verse must have another meaning as well. Indeed, the primary purpose for which this Mitzvah was included among the Ten Commandments is to teach us that a nation cannot endure without Mussar / a solid ethical grounding, and the foundation of all Mussar is honoring parents. (Simchat Ha’regel: Drush 6)

R’ Dov Kook shlita (Teveryah, Israel) writes: When a person loves something, he does not feel that he is losing out by giving up other things to obtain what he loves. If his love for something is great enough, he will give up everything he has in order to get it. In this verse, the Torah is teaching us how much we should love Hashem–so much that we gladly would give up our hearts (i.e., everything else that we love), our souls (i.e., our lives), and all our resources (i.e., our money).

R’ Kook continues: Why does a person love money? Because he attaches importance to this world, and money allows him to realize his this-worldly goals. People do not feel bad when they have to spend money on what they love. Yet, when they have to spend money on serving Hashem, they feel as if something has been taken from them. Our obligation, this verse teaches, is to change that balance–to love Hashem more than we love money and the things it buys.

The same thing applies to “Mesirut Nefesh” / giving one’s soul, either literally or figuratively (i.e., by going out of his comfort zone for a Mitzvah). Man naturally loves life in this world more than he loves Hashem. Thus, if he has to give up his life, or even a physical comfort, to serve Hashem, he views it as a loss. Yet, people generally do not object to giving up something they love for their children’s sake. We see, therefore, that whether or not one views a tradeoff as a difficult “sacrifice” depends on what one loves more. This verse is instructing us to love Hashem more than we love what this world has to offer. (It’aluta p.19-21)

In the quoted verse, the word “heart” (in the phrase, “With all your heart”) is written “Levavcha,” instead of the simpler “Libcha.” The Mishnah (Berachot 9:5) states that the doubled letter “Bet” is hinting: “Love Hashem with both your inclinations–your Yetzer Ha’tov / good inclination and your Yetzer Ha’ra / evil inclination.”

It is a nearly universal custom among the Jewish people to recite Kabbalat Shabbat on Friday night, consisting of Psalms 95-99, 29, 92, and 93, and the 16th century poem, Lecha Dodi. It is notable, writes R’ Zvi Yisrael Thau shlita (founder of Yeshivat Har Ha’mor in Yerushalayim), that Kabbalat Shabbat is much more about anticipating the ultimate redemption than it is about Shabbat. Why is the ultimate redemption our focus as Shabbat begins?

R’ Thau explains: R’ Avraham Yitzchak Hakoken Kook z”l (1865-1935; first Ashkenazic Chief Rabbi of Eretz Yisrael) writes that a Jew’s Neshamah/ soul is inherently holy, but that that holiness is subdued and concealed by the material pursuits, the “rat race,” and competition that characterize the workweek. There are two ways that the workweek impedes the soul’s holiness from revealing itself, R’ Kook writes: First, it causes man to forget that the world of the Neshamah, not the material world, is the “real world,” the world for which we were created. Second, it causes man to think that the Neshamah is not even relevant to this world, that it has nothing to offer the material world; rather, the workweek makes us think, the holiness of the Neshamah is merely a concept that exists in some utopian fantasy.

Therefore, R’ Kook writes, we were given Shabbat as a time when the distractions of the workweek are stripped away and the Neshamah can shine. We are meant to take away from Shabbat a recognition of what is the “real world,” and to have that knowledge impact our workweek. (R’ Kook adds that the “reality check” that Shabbat offers the individual once every seven days, is given to the entire nation by the Shemittah once every seven years.)