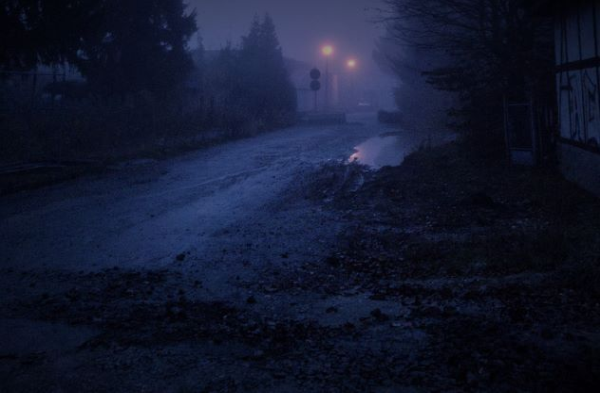 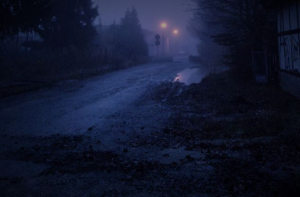 In this week’s Parashah, we begin to learn the laws of the Korbanot / sacrificial offerings. R’ Moshe ben Maimon z”l (Rambam; 1135-1204; Spain and Egypt) writes that the Korbanot are among the Chukim / decrees whose reasons we cannot comprehend.

R’ Yosef Shalom Elyashiv z”l (1910-2012; Yerushalayim) asks: The Gemara (Yoma 67b) teaches that the term “Chukim” applies to Mitzvot that gentiles mock because they seem irrational–for example, the prohibition against wearing Sha’atnez / a mixture of wool and linen. How can this term refer to Korbanot when gentiles themselves brought such offerings? Indeed, Adam, Kayin, Hevel, and Noach brought Korbanot! And, when Moshe Rabbeinu told Pharaoh that Bnei Yisrael would travel into the desert to bring Korbanot, Pharaoh did not mock this idea!

R’ Elyashiv explains: It is a natural human instinct to give gifts that express our gratitude, even when we know that the recipient has no need for our gift. That is why we bring a Korban Todah / thanksgiving offering. We read in Shir Ha’shirim (2:14), “For your voice is sweet and your countenance is pleasing.” Midrash Rabbah comments: “For your voice is sweet” refers to the songs of the Levi’im in the Bet Hamikdash; “and your countenance is pleasing” refers to the Korbanot. The Midrash is teaching, writes R’ Elyashiv, that just as the song of the Levi’im is merely an expression of our thanksgiving, but it gives Hashem nothing, so it is with the Korbanot.

Because it is a natural instinct, Adam, Noach, and their gentile descendants also brought thanksgiving offerings, just as we bring a Korban Todah and, in the absence of the Bet Hamikdash, recite Birkat Ha’gomel. However, writes R’ Elyashiv, a new aspect was added to the Korbanot when the Torah was given: the idea that we are offering an animal in place of ourselves, and that Hashem views that as if we have offered ourselves. That aspect of a sacrificial offering is unique to the Jewish People and is certainly a Chok, something that we cannot explain rationally. (Divrei Aggadah)

At the end of last week’s Parashah, we read (Shmot 40:35), “Moshe could not enter the Ohel Mo’ed, for the cloud rested upon it, and the glory of Hashem filled the Mishkan/ Tabernacle.”

R’ Shlomo Kluger z”l (1785-1869; rabbi of Brody, Galicia) asks: What was the purpose of placing the cloud over the Mishkan preventing Moshe from entering, only to then call Moshe into the cloud? If Hashem had not blocked entry into the Mishkan with a cloud, He would not have needed to invite Moshe inside!

R’ Kluger explains: Hashem did this because Moshe felt bad that he had not donated anything to the Mishkan. By blocking entry to the Mishkan and then allowing only Moshe inside, Hashem demonstrated how beloved Moshe was to Him. This explains, also, why our verse notes that Hashem spoke to Moshe “from the Ohel Mo’ed.” Hashem spoke to Moshe because of Moshe’s feelings about the Ohel Mo’ed. (Chochmat Ha’Torah: Vayikra p.84)

R’ Chaim Vital z”l (Tzefat and Damascus; 1542-1620) writes: This verse illustrates our Sages’ teaching that Hashem elevates a person who humbles himself. We read at the end of last week’s parashah, “Moshe could not enter the Ohel Mo’ed, for the cloud rested upon it, and the glory of Hashem filled the Mishkan.” This does not mean that Moshe Rabbeinu was physically unable to enter the Ohel Mo’ed; after all, he had stood on Har Sinai in the presence of Hashem’s Glory. Rather, he humbled himself and did not enter “Hashem’s house” until he was invited, as our verse says, “He called to Moshe.” And what does our verse say next? “Hashem spoke to him from the Ohel Mo’ed, saying.” Hashem told him: the purpose of this structure is to be a Tent of Meeting in which to speak to you. (Etz Ha’da’at Tov)

R’ Yosef Yitzchak Schneerson z”l (1880-1950; Lubavitcher Rebbe) writes: If the Torah’s intention is merely to teach the laws of the sacrifices, the verse should have said, “When a man among you brings an offering to Hashem . . . ,” i.e., with the phrase “among you” placed earlier. Why does the verse say, “When a man brings an offering to Hashem from among you”? [Ed. note: Many popular Chumashim do, in fact, translate our verse as if “among you” is placed earlier, but that is not a literal translation.]

The Lubavitcher Rebbe explains: The word “Korban” shares a root with the word that means “close.” The Torah is teaching: When you want to bring a Korban, to come close, to Hashem, it is within you to do so. It is up to you to offer your talents, abilities, and feelings in the service of Hashem. (Ma’amar Bati Le’gani ch.2)

“Speak to Bnei Yisrael and say to them, ‘When a man among you brings an offering to Hashem — from animals, from the cattle or from the flock shall you bring your offering.” (1:2)

Among four-legged animals, only the cow, sheep and goat families are fit for sacrificial offerings. Why were these species chosen?

(1) By their natures, temperaments, and diets, these are the finest of all four-legged animals.

(2) These are the most widely-available of all animals. [The two preceding explanations are offered by R’ Abarbanel in the name of R’ Levi ben Gershon z”l (Ralbag; 1288-1344; Provence, France)].

(4) The Jewish People are compared to these three species in many verses, including: “For Yisrael has strayed like a wayward cow” (Hoshea 4:16); “Yisrael is like scattered sheep” (Yirmiyah 50:17); and “I will put an end to the pride of the mighty / ‘Azim’ [same spelling as ‘Izim’ / goats]” (Yechezkel 7:24). When we offer animals of these three species, Hashem views it as if we have sacrificed ourselves to Him. (Peirush Al Ha’Torah: Hakdamah L’Vayikra)

The Gemara (Nedarim 9b) relates that the Sage Hillel would not consecrate an animal for a sacrifice until he was already inside the Temple courtyard. That way, it was offered immediately, and no one ever had an opportunity to misuse his sanctified animal.

R’ Ben Zion Nesher shlita (one of the senior rabbis in Tel Aviv, Israel) observes that this practice is alluded to in Tehilim (116:18–part of Hallel), “I will pay my vows to Hashem.” Where? “In the courtyards of the house of Hashem.” (Haggadah Shel Pesach Shir Tziyon p.100)

A person who trusts in Hashem will never be tempted to trust in his wealth instead, for he views his wealth as a Pikadon / something that was entrusted to him as a caretaker for a limited amount of time. Such a person will not mention his own kindness nor demand gratitude or thanks from those he helps with his money; rather, he will thank Hashem for giving him the opportunity to be Hashem’s agent to do good. If he loses his money, he will not worry or mourn; he will give thanks to Hashem no differently than when he had the Pikadon. (Chovot Ha’levavot: Sha’ar Ha’gemul, Introduction)

R’ Chaim Avraham Katz z”l (Mogilev, Belarus; died 1804) explains: A person with Bitachon not only will not demand gratitude or thanks from those he helps with his money, he will not even “remember” it, i.e., he will not pat himself on the back and tell himself what a fine person he his. (Pat Lechem)

R’ Baruch Aryeh Halevi Fischer shlita (rabbi and educator in Brooklyn, N.Y.) writes: There is an entire section of the Shulchan Aruch / Code of Laws that emphasizes that private property is just that–private property. Even so, a person with Bitachon understands that his property was given to him by Hashem to use in a certain way. (Lev Ha’ari)