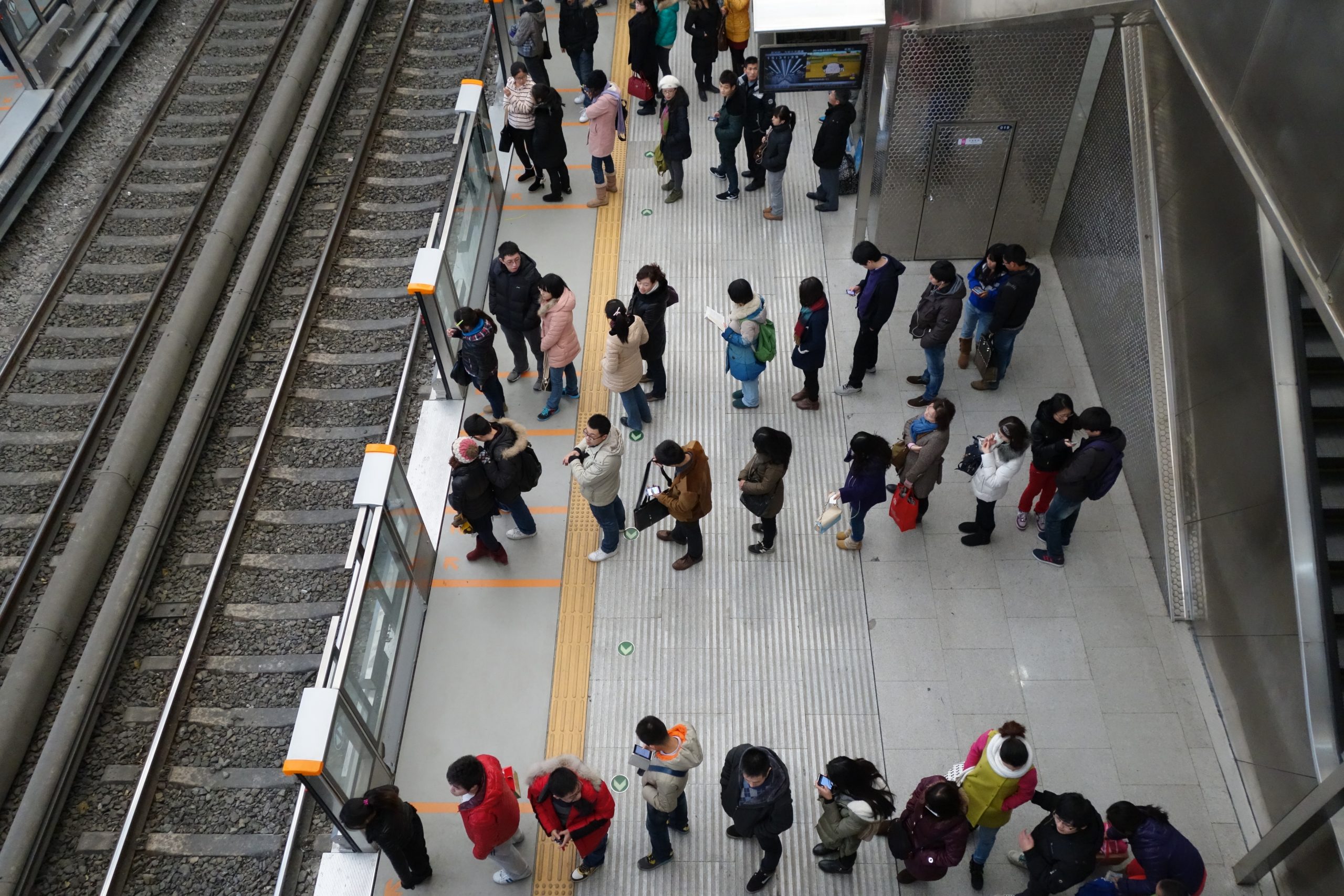 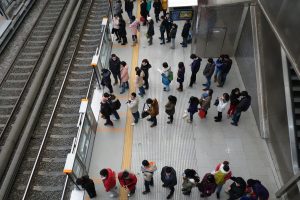 This week’s Parashah describes how Yaakov Avinu married and established a family–the beginning of the Jewish People. R’ Aharon Kotler z”l (1891–1962; Rosh Yeshiva in Kletsk, Belarus and Lakewood, N.J.; one of the most influential leaders of American Orthodox Jewry in the mid-20th century) alerts us to how easily one could misinterpret this “story”–and, similarly, other events in the Torah–if one thinks of the individuals described in the Torah as people like ourselves. Rather, we must recognize the vast gulf between the purity of their motivations and actions and our own.

We read: “Rachel was beautiful of form and beautiful of appearance. And Yaakov loved Rachel . . .” Superficially, one could misinterpret this as a story of romance. But, that would make no sense. Yaakov said to Rachel’s father, Lavan, “I will work for you seven years, for Rachel, your younger daughter.” Lavan did not ask for this service, R’ Kotler notes; Yaakov volunteered. But, one who is “in love” does not voluntarily wait seven years to marry his beloved. Moreover, we read, “Yaakov worked seven years for Rachel, and they seemed to him like a few days because of his love for her.” If this were a “story,” the seven years would have seemed like decades, not like a few days! Clearly, something deeper is happening.

R’ Kotler explains: Our Parashah is relating the pains that Yaakov took to guarantee the formation of a holy nation. Yaakov was already 77 years old at this time, yet he sensed that he was not yet ready for the holy task that lay before him.

Yaakov felt that he needed more time, and that he needed to complete additional challenges, to refine himself before marrying and fathering the family that would form the core of the Jewish Nation. Therefore, he offered to delay marriage for seven years. And, when Lavan substituted Leah for Rachel, Yaakov understood that he was not yet ready to marry Rachel, who was to be the primary Matriarch of the Jewish People–a status that even Leah’s descendants acknowledged eventually (see Ruth 4:11). Therefore, he agreed to wait longer.

At the end of the Parashah, Yaakov describes the dedication with which he watched Lavan’s flocks: “By day, scorching heat consumed me, and frost by night; my sleep drifted from my eyes.” This is well beyond what Halachah expects of a shepherd, R’ Kotler writes. For Yaakov, however, it was, somehow, part of the process of preparing himself for his mission.

Yaakov’s love for Rachel was born solely out of his recognition that she would be the mother of the Jewish People. And, the seven years of work seemed like only a few days because Yaakov viewed each day of those years as another step in accomplishing his mission, not as a roadblock to be overcome on the way to marrying.

What we should take away from these events, R’ Kotler writes, is proper reverence for the “stories” of the Torah. (Mishnat Rabbi Aharon III p.176)

“Then Yaakov took a vow, saying, ‘If Elokim will be with me, will guard me on this way that I am going, will give me bread to eat and clothes to wear, and I return in peace to my father’s house, and Hashem will be an Elokim to me’.” (28:20-21)

R’ Azariah Figo z”l (1579-1647; Italy) asks: Hashem already promised Yaakov (verse 15), “Behold, I am with you. I will guard you wherever you go, and I will return you to this soil, for I will not forsake you until I will have done what I have spoken about you.” How could Yaakov say, “If Elokim will be with me . . .”? Additionally, was Yaakov implying that he will accept Hashem as his Elokim only if Hashem’s promises are fulfilled?

R’ Figo explains: Hashem promised Yaakov three things, all of them relating to his physical existence. “I will guard you wherever you go”–you will not suffer physical harm. “I will return you to this soil”–you will not be enslaved. “I will not forsake you”–you will not be impoverished. Yaakov, however, had a fourth request: Yes, please do all those things for me (“Guard me . . . , give me bread to eat and clothes to wear, and I return in peace to my father’s house”), but also “be an Elokim to me”–ensure my spiritual survival.

These four items parallel the Four Cups that we drink at the Pesach Seder, R’ Figo notes. The first cup accompanies Kiddush, where we acknowledge that Hashem chose us as His nation and He is our Elokim. The second cup accompanies the recitation of the Haggadah, which describes how we were enslaved and then redeemed. The third cup accompanies Birkat Ha’mazon, in which we thank Hashem for our material bounty. Finally, the fourth cup accompanies Hallel, which begins with “Shefoch Chamatchah,” a prayer that asks Hashem to avenge Himself on those who harmed us. (Binah L’ittim: Drush Le’yom Rishon Shel Pesach)

“He said, ‘Look, the day is still long; it is not yet time to bring in the livestock. Water the flock and go on grazing.’

“But they said, ‘We will be unable to, until all the flocks have gathered and they will roll the stone off the mouth of the well. We will then water the flock’.” (29:7-8)

R’ Moshe ben Nachman z”l (Ramban; 1194-1270; Spain and Eretz Yisrael) explains that Yaakov felt the need to rebuke the shepherds because it was abhorrent to him that they were standing around at the well, thereby depriving the sheep of grazing time and their employers of their honest services.

But, why, asks R’ Yosef Shlomo Kahaneman (1886-1969; the “Ponovezher Rav”), did the shepherds apparently accept Yaakov’s rebuke– as suggested by the fact that they responded appropriately instead of telling Yaakov to mind his own business. The answer, says R’ Kahaneman, is found a few verses earlier (29:4): “Yaakov said to them, ‘My brothers, where are you from?’” When one senses that he is being rebuked with a feeling of brotherhood, he will accept that rebuke. (Quoted in Savta Kook p.99)

“Reuven went out in the days of the wheat harvest; he found Duda’im in the field and brought them to Leah, his mother.” (30:14)

R’ Ovadiah Seforno z”l (1470-1550; Italy) writes: Reuven saw that his mother was disappointed that she had stopped having children, so he brought her Duda’im, a flower whose smell promotes fertility.

R’ Uri Weisblum shlita (Mashgiach Ruchani of Yeshivat Nachalat Ha’levi’im in Haifa, Israel) observes: Reuven was all of four or five years old at the time, yet he was already capable of feeling another’s pain. This is the same trait that Reuven exhibited years later, when he saved Yosef’s life, intending to return Yosef to his father (Bereishit 37:21-22). Midrash Rabbah teaches that in the merit of Reuven’s concern for Yosef’s life, the first life-saving Ir Miklat / City of Refuge, where accidental murderers were protected from avenging relatives, was established in Reuven’s territory.

R’ Weisblum adds: The Midrash teaches that the Duda’im were pictured on flag of the tribe of Reuven. This was not merely a historical reference; rather, it was a constant reminder to Reuven’s descendants of the care for others that their progenitor exemplified. (He’arat Ha’derech p.157)

“A psalm, a song for the Sabbath day. It is good to thank Hashem and to sing praise to Your Name, Exalted One.” (Tehilim 92:1-2)

R’ Aharon Walden z”l (1835-1912; Poland) writes in the name of earlier commentaries: Obviously, it is good to thank Hashem and to sing praises to Him! What is this verse teaching?

He answers: “It” should be understood as referring back to Shabbat–i.e., what is good about Shabbat is that it is a time for thanking Hashem and praising Him, as the next verse says, “To relate Your kindness in the morning, and Your faith in the nights.” This refers to Kiddush on Shabbat morning (“in the morning”–singular), and Kiddush on Friday night and Havdalah on Saturday night (“in the nights”–plural). It is not the food and drink that we enjoy on Shabbat that makes that day “good.” (Mikdash Me’at)

“For You have gladdened me, Hashem, with Your deeds; at the works of Your hands, I sing glad song. How great are Your deeds, Hashem; exceedingly profound are Your thoughts.” (Tehilim 92:5-6)

Moshe Rabbeinu composed this song to encourage those suffering in exile. By reminding the reader of Creation (“Hashem’s deeds”), the author reminds the reader as well that Hashem supervises the world, and rewards and punishes us for our good and bad deeds, respectively. This psalm was designated as the song for Shabbat because Shabbat was given to us to remind us of Creation and, thereby, of the related beliefs just mentioned. True, the world appears to run according to the laws of nature, but that is only because Hashem hides His control so that we have space to exercise our free will. (If Hashem’s control were obvious, we would have no free will.) Even so, as this psalm reminds us, Hashem is in control.