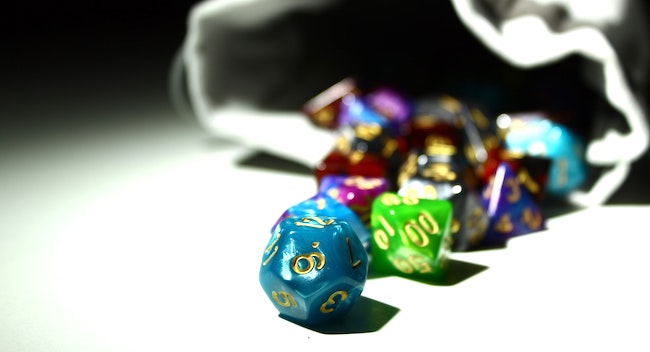 Things Do Not Occur at Random 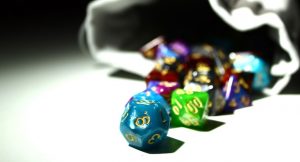 These divrei Torah were adapted from the hashkafa portion of Rabbi Yissocher Frand’s Commuter Chavrusah Series on the weekly portion: #1179 Walking Your Guest to the Door, To the Car – Do You Do That? Good Shabbos!

Things Do Not Occur at Random

Parshas VaYera contains the pasuk, “I will fetch a morsel of bread that you may sustain yourselves, then go on, inasmuch as you have passed your servant’s way. They said, ‘Do so, just as you have said.'” [Bereshis 18:5] One of the amazing things about Chumash is that you can learn the Parshas haShavua for sixty, seventy, or eighty years, or you can read the same pasuk over and over again hundreds of times, and then you read it once more and you say to yourself: “I never thought of this question!” Chumash study is as deep as the ocean.

In this pasuk Avraham tells the Angels, “Okay, eat something, for that is why you have passed your servant’s way.” Rashi comments: “I make this request of you after you have passed my way.” It seems like Avraham is saying, “Since you came, I am asking you to do this” (eat something). What does this mean? Why not just offer them food? And what do the Malachim say? “Do as you have said.” – You know what? – Give us food!

Have you ever invited someone for Shabbos lunch—or any meal for that matter—and received such a reaction? You tell them – “Why don’t you stop by my house and have a meal?” And they respond, “You are right. I should have a meal by you!” That is in effect what the Angels are saying here. What is this dialog all about?

The truth of the matter is that Avraham is telling the Malachim something much deeper than it appears on the surface. He is saying: Listen here, there is no such thing as pure ‘chance’ (mikreh) in this world. We do not experience random events in our lives. That which happens in this world happens because the Ribono shel Olam deems it to happen. Life is full of Hashgocha Pratis (personal Divine Providence). People should seek out those Divine Messages and act upon them.

Avraham thinks to himself: “Here I am – it is hot as blazes outside! Nobody is walking around. Suddenly, you happen to come to my house? This is not an accident! This is not something that ‘just happened.’ It happened because the Ribono shel Olam wanted it to happen. And He wants me to serve you, and therefore you must eat by me. That is G-d’s Will.” This is what Avraham is telling the Malachim.

The Angels answer: “You are right! If we are here now and you happened to see us, and you are inviting us because you understand that this is G-d’s Will, because it is not an accident that all this happened, then we indeed must eat by you! We too are bound to carry out G-d’s Will as expressed by His Hashgocha.”

Things don’t happen for no reason at all and if something lands in your lap, it is because G-d wants it to be in your lap, and you must take that as a sign from Heaven!

This theme is one of the central ideas of Megillas Esther. (I know this is not the time of year to focus on Purim, but this idea happens to be a key theme of that entire story.) What does Mordechai tell Esther? “Listen, Esther, you need to do this. You need to go into King Achashverosh, even though you have not been invited, even though that violates his policy and risks your life.”

I saw a Medrash this week that Esther had to pass through six or seven chambers to get to the throne room of Achashverosh. When she reached the third chamber, the king saw her coming and yelled out, “Vashti never did this! What a chutzpah! She is coming uninvited?” Esther knew she was taking her life in her hands by approaching the king uninvited, but Mordechai told her, “Esther, you need to do this! Do you know how I know that you need to do this? Because why on earth, out of all the women in the kingdom, were you chosen to be the queen? Obviously, it is because the Ribono shel Olam wants you in the palace in that role!” That is the Hashgocha, and a person cannot hide from the Hashgocha. A person cannot hide from G-d’s calling!

Avraham was faced with the same situation: He recognized, “If I have these Malachim standing here now, it is because G-d wants me to invite them in.

I read about the following incident many years ago, and I read about it again recently: In Poland, before the war, there was a custom among Ger Chassidim that if someone could not pay his rent and was about to be evicted, the entire Ger community would come to the fellow’s aid and pay the rent so that he should not be evicted. The community made a collection to pay the landlord for the Chassid’s rent so he should not wind up on the street.

An incident once happened in Lodz, Poland. One Gerer Chassid rented his apartment from another Gerer Chassid. The renter could not pay his rent. The landlord wanted to evict his tenant and went to the Gerer Rebbe, the Imrei Emes and explained the situation to him. “Listen, this fellow is not paying me his rent. I need to make a living. I have my own expenses. If he does not pay, I want to evict him.”

The Rebbe told him – “Heaven forbid! You cannot throw another Gerer Chassid on the street.” The landlord then said to the Rebbe, “Okay, then let’s have everyone chip in and pay the fellow’s rent, as is the custom among Ger Chassidim.” The Rebbe said, “No! You need to sustain the whole thing yourself.” The landlord asked, “Why me? It is not fair! When a non Ger Chassid is the landlord, everyone chips in and pays the landlord the rent of the Ger tenant. Just because I am a Ger Chassid, I need to sustain the whole cost of a bankrupt renter myself? I do not get it!”

The Rebbe reaffirmed his original ruling: “That is indeed the case. If the Ribono shel Olam puts you in the situation that you are the landlord and this bankrupt Chassid is the tenant, the Ribono shel Olam is giving you this mitzvah of Tzedaka, and you cannot run away from it. That is why you are there. You are there because He wants you there. This is your challenge. This is your nisayon, your mitzvah, and therefore you are expected to fulfill it yourself.”

This is the message Avraham Avinu gave to the Malachim: “For this reason you passed by your servant. Therefore, you need to eat here.” And it was to this logic that they Angels concurred: “Yes. We must do as you said.”

Three Interpretations of a Most Difficult Medrash

I would like to share a difficult Medrash which I came across recently, but I am not going to be able to give a definitive interpretation of it. I am going to offer three interpretations.

The pasuk by the Akeida says: “Then Yitzchak spoke to Avraham his father and said, ‘Father…'” [Bereshis 22:7] This seems a bit redundant. The word ‘father’ appears two times in the same pasuk! The Medrash states that Samael (same as the Angel of Death and the same as the Satan) did not want to let the Akeida happen. He understood that this would become a seminal event in Jewish history which would always cause the Almighty to remember His children with Mercy. To sabotage the incident, Samael went to Avraham Avinu and told him “Are you out of your mind, Avraham? You waited a hundred years for this son to be born, and now you are going to slaughter him?” Avraham replied “I know what I am doing. The Ribono shel Olam asked me to do it. I am going to do it!”

Samael tried another couple of tracks with Avraham Avinu, but nothing worked. When Samael came to the conclusion that Avraham was not budging, he attempted to preempt the Akeidah by speaking with Yitzchak. He came to Yitzchak and said, “Yitzchak, do you know what is going to happen? Your father is going to slaughter you!” Yitzchak repeated his father’s determination: “I know that. I am going to go through with it anyway.” Samael then asked Yitzchak, “What is going to be with your poor mother? She waited all these years to have a child. She will be devastated by this incident.” Yitzchak maintained his steadfastness.

Samael then persisted, “But Yitzchak, all those beautiful clothes that your mother made for you – Yishmael is going to inherit them. You will have nothing.” The Midrash writes that this argument gave Yitzchak pause and he then cried out “Father, father…” so that his father would have mercy upon him. This explains why the pasuk has the term father twice.

This is a wondrous Medrash! The Satan tells Yitzchak “you are going to die” and it does not faze him. He tells him “your mother is going to be devastated” and it does not faze him. But when he tells Yitzchak that Yishmael will inherit his nice clothing – suddenly, he cries out to his father for mercy. What could this Medrash possibly be telling us?

It is hard for me to accept this approach. I find it difficult to accept the idea that Yitzchak Avinu, who was an Olah Temima (a pure burnt offering) should be subject to the moral frailty of Kinah (jealousy).

The Maharal of Prague writes that the first nation of the Nations of the World to recognize Moshiach will be Yishmael. So, when the Satan tells Yitzchak “Yishmael is going to get your clothes” he does not look at this as merely clothes and something about which to be jealous. Yitzchak is concerned: Yishmael will win the epic battle? He will be around at the End of Days and I will not? Now we are talking about the future of the Jewish people! Yitzchak says “I am willing to die. I am willing to cause my mother pain. But there is one thing I am not willing to do. I am not giving up on the future of Klal Yisrael.” That far he was unwilling to accept: “Father, father, please have mercy.”

These interpretations and the Medrash itself warrant further thought and discussion. It is something to think about at your Shabbos tables.