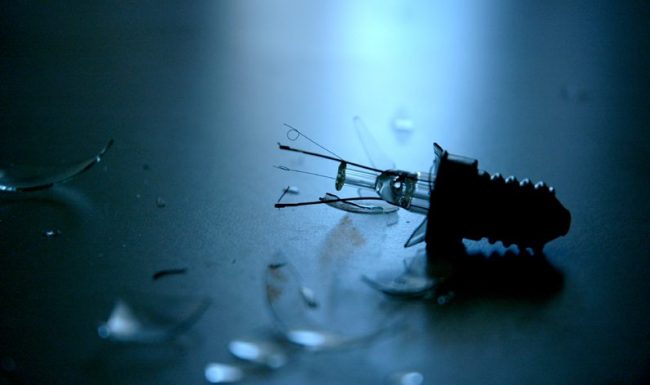 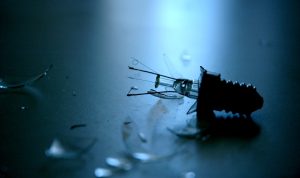 When G-d asked Moshe to assume the mantle of leadership of the Jewish nation, Moshe demurred. “Please, my Lord, I am not a man of words, not since yesterday, nor since the day before yesterday, nor since You first spoke to Your servant, for I am heavy of mouth and heavy of speech.” (Shemos/Exodus 4:10) G-d responded, “Who makes a mouth for a man…is it not I, G-d? So now go! I shall be with your mouth and teach you what you should say.” (ibid 11-12) Moshe, nevertheless, objected and, in His “wrath”, G-d appointed his brother Aaron as Moshe’s interpreter. In the Talmudic analysis of this exchange (Zevachim 102a) Rabbi Yehoshua ben Karcha said that any time the Torah expresses G-d’s “wrath” there is a punishment that befalls the subject of the wrath. But no punishment is mentioned. Rabbi Yosi explains the punishment is alluded to in G-d’s response, “Is there not Aaron your brother the Levite? I know that he will surely speak…” (ibid 14) Aaron was destined to be a simple Levite and Moshe was to be the patriarch of the Kohanim (priests); because of Moshe’s resistance, Aaron “the Levite” was elevated to Kohen in his place. But G-d’s punishment is always “measure for measure”, corresponding directly to the offense. Why, for refusing to speak directly to Pharaoh, did Moshe lose the holy merit of serving as the first Kohen Gadol (High Priest) and fathering the Kehunah (priesthood)?

The primary issue – the understanding of which will shed light on the question above – is why G-d insisted on having Moshe, WITH his speech defect, as the spokesman of the Jewish people. Ran (acronym of Rabbeinu Nissim of Gerona, Spain; c.1290-c.1375; famous for his Talmudic commentary) explains in his Drashos HaRan (Discourses of the Ran) that Egyptian society accepted witchcraft as the supernatural force with which the naturally impossible became possible. In G-d’s mission of revealing Himself to the Jews, the Egyptians and the entire world, He strove to have every detail of every facet of the Jewish redemption speak to the fact that G-d and G-d alone is the force that controls everything – natural and supernatural – that exists. Had G-d sent Aaron, a gifted, persuasive orator, to speak to Pharaoh, some would claim that the Jews and the Pharaoh were simply seduced by the lies of a powerful speaker and that this leader was the true liberator of the Jews. Thus, G-d specifically wanted Moshe to have impaired speech and as such to serve as the agent for deliverance. One could only conclude that a great, powerful force was really behind the events, none other than G-d Himself.

Parshas Tetzaveh describes the manufacture of all of the priestly garb, clothes that are created “for glory and splendor” (ibid 28:2) Sforno (classic commentary on Pentateuch by Rabbi Ovadiah Sforno of Rome and Bologna, Italy; 1470-1550) expounds that these vestments were worn to glorify G-d. Thus, one of the functions of the Kohen Gadol is to bring the glory and splendor of G-d to our world of the mundane. In contrast, Moshe’s refusal to address Pharaoh directly, which would have brought great honor and splendor to the Divine Name, indicated a lack of preparedness to capitalize on this opportunity. Therefore, Moshe, who in some small measure was unwilling to honor G-d by serving as His spokesman, was punished with losing a lifetime and legacy of glorifying Him.

The role of every Jew is to bring the glory of G-d into this world through our mitzvos (fulfillment of Divine commands) and incorporation of G-dliness into our daily conduct of business and interpersonal interaction. Let us heed the lesson that our every action is an opportunity to bring glory to the Divine Name and let us rise to the occasion.