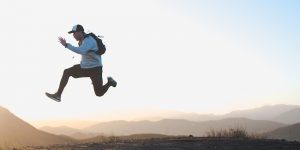 “And [Shechem] became deeply attached to Dina, daughter of Yaakov (Jacob); he loved the maiden and appealed to the maiden’s emotions.Chamor spoke with [Yaakov and his sons] saying, ‘Shechem, my son, longs deeply for your daughter; please give her to him for a wife.’.[Shechem] did not delay doing the [circumcision, a precondition to marriage] for he wanted Yaakov’s daughter; now he was the most respected of all his father’s household.” (Beraishis/Genesis 34:3, 19) The Medrash (Beraishis Raba 80, 7) expounds that G-d’s love for the Children of Israel is expressed in the same three terms as the love of this evil man: deep attachment, deep longing and wanting. Maharzu explains that initially the Torah simply stated that Shechem saw her and took her, like a bird that snatches a piece of unguarded flesh. But once he contemplated who she was and whose daughter she was, he was inspired to have a deep attachment to her, aside from his physical lust. He was deeply attached to Dina because she was the daughter of Yaakov, because he sensed within Yaakov an attachment to G-d.

After Shechem had violated Dina, he suddenly had a desire to cleave to her because of her holiness and G-d connectedness, a feeling so pure and genuine that it was akin to the love of G-d Himself for His Chosen Nation. And this wave of emotion had such a profound transformative impact as to motivate him to perform the very painful procedure of circumcision. How is it that Shechem – who lived an evil life, immersed in self indulgent gratification; who kidnapped and desecrated Dina because he saw her as nothing more than a “piece of flesh” for his own self fulfillment; who was one of the most immoral men on the face of the earth – had any desire to attach himself to Dina’s inherent holiness?

Chidushei HaLev (1) concludes that Shechem’s profound personal investment into life’s profanities did not completely eradicate the refinement of his heart and the purity of his soul. He, like any human, was created in G-d’s image and, thus, maintained the capability to not only recognize, but even to desire and pursue holiness. And if the source of that holiness is the woman whom he just violated, he was capable of completely eliminating his initial perspective of her and pursuing that holiness, such that his love for her contested G-d’s for the Jewish Nation.

In the pursuit of spirituality, it is easy to reserve the quest for the righteous and to write-off those who appear to fail more than they succeed. Sad, for if one so spiritually pathetic as Shechem could tap into his greatness of person and purity of soul, then spiritual growth and achievement is indeed accessible to all. Further, we witness the importance of connecting to Torah personalities and mentors, for if the lowly Shechem was so profoundly impacted by Dina’s casual interaction, imagine what we, the spiritually striving, can gain!

Have a Good Shabbos