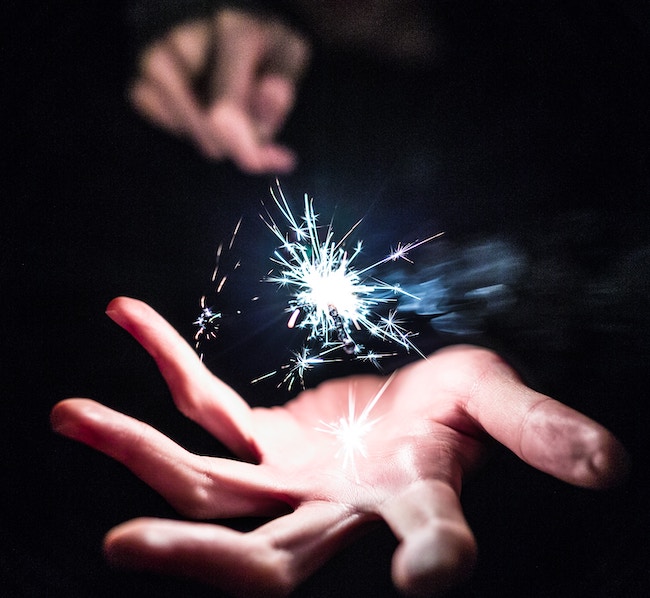 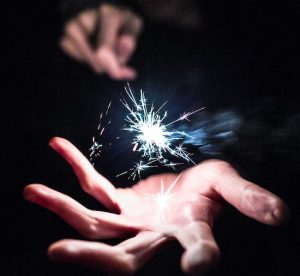 These divrei Torah were adapted from the hashkafa portion of Rabbi Yissocher Frand’s Commuter Chavrusah Tapes on the weekly portion: #1053 – The Younger Brother Who Says “I’m Getting Married First.” Good Shabbos!

The Gemara [Bava Basra 123a] says that when Yaakov asked Rochel to marry him, she responded in the affirmative, but she warned that her father was a swindler and that he would not allow Yaakov to marry her before her older sister Leah was first married.  According to the Gemara, Yaakov’s response was “I am his brother (i.e., his equal) when it comes to trickery!”  This is how the Gemara interprets the pasuk “And Yaakov told Rochel that he was her father’s brother” (ki achi aviha hu) [Bereishis 29:12].  At face value, the pasuk is difficult because Lavan was actually Yaakov’s uncle, not his brother.  The Gemara thus interprets that Yaakov meant, “I can take him on as an equal when it comes to practicing trickery.

An obvious question needs to be asked here.  In last week’s parsha we learned: “And Yaakov was a simple man (ish tam) who dwelt in tents.” [Bereishis 25:27]  Rashi interprets the words “ish tam” as follows:  “Someone who is not ‘sharp’ to engage in deceit is called ‘tam.'”  In other words, a person unwise in the ways of trickery, conniving, and of making “fast deals” is called a ‘tam.’

Having introduced this principle, we can now cite the following incident:

A Jew came to the Rebbe, Reb Bunim.  His problem was that he was too generous.  How can anyone be “too generous?”  The answer is that whenever anyone came to him with a charity request, he literally gave them the shirt off his back.  This person did not have a life.  He did not have money, a shirt, or shoes.  Every time someone came to him with a sob story he gave them whatever he had.

The Rebbe Reb Bunim related to him in the name of the Chozeh m’Lublin the very question we asked before: In Parshas Toldos, Yaakov is referred to as “ish tam, yoshev ohalim” [a simple man who dwelt in tents] and in Parshas Vayetzei Yaakov claims he is the equal to Rochel’s father when it comes to trickery.  The Chozeh m’Lublin answered this question.  It does not say in Parshas Toldos that “Yaakov tam” [Yaakov was simple] it says he was an “ISH tam” – he was a MAN who had control over his midos [character traits] and control over his Temimus [manifestation of simplicity].  Yaakov’s default manifestation was perhaps the character trait of simplicity, but he was not a simple man.  He was an ISH tam!  He was in charge and by default he acted as a tam; but he was nobody’s fool and if necessary could act with shrewdness, and even trickery.

That is what the Rebbe Reb Bunim told this Jew: You cannot always give away the shirt off your back.  All that says about you is that you are not in control of your dispensation of charity.  It is very noble and nice to act this way.  It is better to be overly generous than to be overly stingy.  However, someone who is not able to take care of himself and is not able to control his giving is not in charge.  At the end of the day, we need to be in charge of ourselves.

This person had a great affliction – he was a Rachaman [merciful by nature].  However, just like the Gemara says that when someone is a Rachaman towards cruel people (having compassion when it is inappropriate) it leads to very negative results, so too here.  To some extent, this was the error of Shaul HaMelech (who listened to the people and disregarded the words of Shmuel HaNavi).  Shaul should have been more assertive.  He should have said “No.  I do not care what the people say.”  He was very humble, but sometimes too much humility is also not good.

This can help us resolve a contradiction of the Mishna in Pirkei Avos: In the second chapter of Pirkei Avos [2:5] we learn “The Bayshan [one embarrassed to ask questions] cannot learn.”  A person cannot be timid in class, but must have the courage to raise his hand and tell the teacher “I do not understand.  What does this mean?”  On the other hand, in the fifth chapter of Avos [5:20] we learn “A brazen person goes to Gehinnom and a person who is easily shamed (boshes panim) goes to Gan Eden.”  Do these two Mishnaic statements not conflict with one another?  Furthermore, is not that the attribute of being a “bayshan” one of the three praiseworthy midos which uniquely define the Jewish people (Rachmanim, Bayshanim, and Gomlei Chasadim – Merciful, Bashful, and Purveyors of Kindness [Yevamos 79a])?

The resolution to this contradiction is as follows:  A “Bayshan” (as referenced in Chapter 2 of Pirkei Avos) is a person who is defined by his bashfulness.  He cannot escape it.  Boshes Panim (as referenced in Chapter 5 of Pirkei Avos) means the shame shows up on his face, but that is only one aspect of his personality.  This one aspect does not control the person — it does not totally encompass him.  If someone’s attribute of busha so controls him that he cannot even ask a question, it is not a good attribute to have, because he is not in charge of himself.  He is not a “Baal Midos.”  On the other hand, “Boshes Panim” – when only the face reflects embarrassment, can be positive.

With this preface, we can appreciate a beautiful interpretation of a pasuk in Megilas Esther.  Mordechai tells Esther, “If you keep silent at this time, salvation will rise up for the Jews from another place, but you and your father’s house will be destroyed.” [Esther 4:14].  Mordechai is saying “Listen, this is your moment in history, Esther.  You will either seize the moment and save the Jews, or everything is going to be lost.”  Why, however, was it necessary to emphasize “If you keep silent at this time”?  The answer is that the Medrash says that Esther came from a long lineage of people who kept silent.  She descended from Rochel, Binyomin, and Shaul – each of whom manifested the attribute of silence during key moments of their lives.  Rochel kept quiet and did not ruin her father’s scheme to switch her sister at the wedding.  Binyomin was quiet and didn’t tell his father that Yosef was sold by his brothers.  Shaul kept quiet.  Normally, this is a good attribute and Esther inherited that character trait.  Mordechai therefore had to emphasize to her…”Fine, you have a wonderful character trait – that of staying silent.  But now is not the time for this.  If you stay silent now, calamity will befall your entire father’s household!”  “B’Es haZos” — At this moment, you have to put the attribute of silence away.

Finally, Chazal say that in the Choshen Mishpat, where there was a stone for each of the Shevatim [Tribes], the stone of the Tribe of Binyomin was “Yashfay.”  Chazal say that this is an allusion (remez) to the words “Yesh Peh” [there is a mouth].  This means that Binyomin had a mouth, but he kept quiet.  When did he keep quiet?  He was sworn not to tell his father that the brothers sold Yosef and that Yosef might still be alive.

The Chidushei HaRim asks based on this allusion, the stone of Binyomin should not be “Yesh Peh” [there is a mouth], but rather it should be “Ayn Peh” [there is not a mouth].  He answers beautifully.  “Yesh Peh” – he did have a mouth – he was very capable of speaking.  But he chose not to.  He found himself in a situation in which it was necessary to stay silent, and he was able to overcome his natural tendency to speak and instead, not utilize his mouth.  This was his praiseworthy characteristic.  Yesh Peh – but when the situation demands silence, I am silent.

On the other hand, Esther also came from a lineage of silent people.  It was very natural for her to remain silent “Esther did not reveal her background” [Esther 2:10].  However now, if you will be silent b’Es haZos – that will be very problematic.  Now is not the time to keep quiet. Now is the time to go to Achashverosh and to rescue the Jewish people.

The true Baal Midos is not controlled by his Midos, but rather he is in charge of them – he knows where and when to use each of his personality traits appropriately.