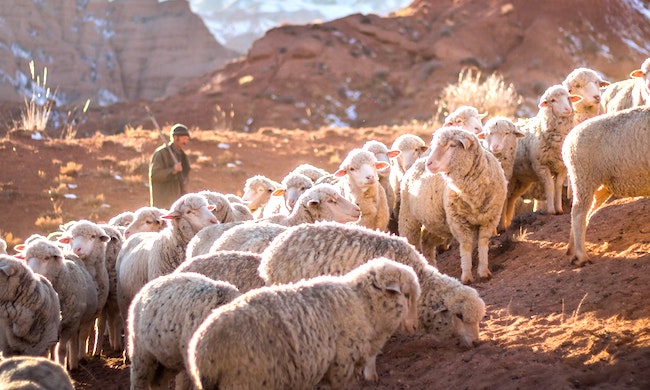 How To Win Friends and Influence Future Generations 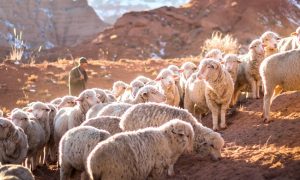 Moshe caused Yisrael to journey from the Sea of Reeds, and they went out to the Shur wilderness.[2]

When his students asked R. Elazar ben Shamua[3] how he attained his longevity, they did not necessarily inquire about his having lived for many years. In the final analysis, however many years a person lives, his life in this world comes to an end, and passes into nothingness. The longevity that a Tzadik seeks is in the impact he makes. He seeks to leave an impression that endures long after he leaves his physical existence. That impression is his true longevity.

Such was the question his students posed to R. Elazar. They saw that he had excited and inspired so many people in his lifetime, that there was no question that his importance would not change with his death. To the contrary, it was obvious that he generated such love and respect, that his teaching would endure for innumerable generations. And they were correct.

R. Elazar’s had no problem identifying the recipe for his success. “I never used a synagogue as a short cut. I never stepped over the heads of the people (who were sitting on the ground as I passed by) of the holy nation. I never raised my hands to offer the Birkas Kohanim without a bracha.” What could he have meant by these three items?

Perhaps we should look more deeply into his words to see what he said about successful leadership.

To influence the many, you must first convince them that your concern is their well-being, and not your own honor or power. They must firmly believe that you are not using your position as a short cut to fame and authority. Those who lead shuls as a step along the way to personal goal will not succeed in impacting the people.

R. Elazar ben Shamua explained that he succeeded because he never treated the congregation as an opportunity for personal advancement.

To influence the many, you need to relate to them on their level. It is more convenient, sometimes, to speak from the ivory tower. Those who do will have limited effect. You need to act like the angels in Yaakov’s dream – ascending the ladder to lofty heights, there to be enlightened and elevated. The stay there, however, needs to be temporary. It must lead to a descent of the ladder in order to fully share the insight with the people, doing so according to their abilities and understanding.

R. Elazar ben Shamua told his students that he never stepped over the heads of the people. He did not speak condescendingly from his lofty position, using terms and concepts they could not understand. He came down from his perch to share Torah on the level of his audience.

To influence the many, you must serve a community that knows peace rather then conflict. Where peace does not reign, any effort you make on behalf of some people will be erased by others. What one builds, another will destroy. Therefore, before the kohanim begin their blessing of the people, they recite a bracha invoking Aharon ha-kohen, the exemplar of love and pursuit of peace. They could conceivably offer all kinds of blessings – money, health, children – but none has any permanence and stability without an environment of peace. By reciting the bracha that they do as a preliminary, they remind themselves that the keystone of the arch of blessings is peace between Jews.

No one left a deeper, permanent impression upon our people than Moshe. For him as well, it was no simple matter to win the commitment of the masses.

People with limited comprehension and a downtrodden spirit make good followers. A clever, charismatic leader can unite them under his banner without too much difficulty. Thus, it was important and impressive that Moshe inspired a group of bedraggled slaves to follow him out of Egypt. It was important – but it was not his greatest accomplishment.

A week later, these same people were in a completely different place after crossing the Reed Sea. They rose to the level of prophecy, each one treated to visions of the Merkavah beyond what Yechezkel saw. People with depth and profound comprehension are bound to be tenacious and opinionated. Uniting them was much more difficult. They marched with heads held high, as free men. And they marched along twelve different paths.

Still, Moshe succeeded. He molded them into one nation. This is what Chazal mean[4] when they say that the spoils of the Reed Sea were greater than the spoils of Egypt. The unity he instilled in them after the crossing was far more significant than the common purpose at the time of the Exodus.

Commenting on our pasuk, Chazal[5] point to a verse in Tehillim:[6] “He caused his nation to move like sheep.” Sheep, they say, tend to drift off in different directions, until brought together by their shepherd. The new-found confidence of the people could have left them hopelessly divided. To his credit, Moshe gathered them all together.