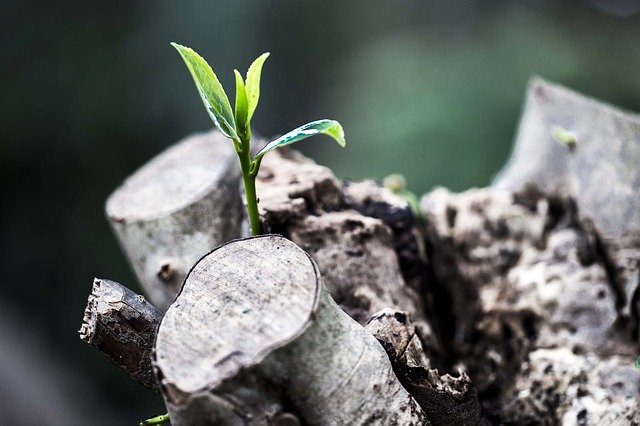 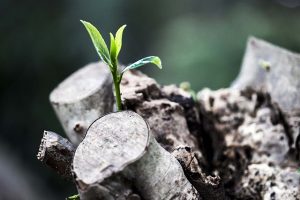 God said, “Let My spirit not quarrel forever concerning man, because he is also flesh, and his days shall be a hundred and twenty years.” (Bereishis 6:3)

HERE WE GO again, another cycle, b”H. There should be a “Shehechiyanu” for a new round of Torah readings, because it is definitely something to celebrate. When it comes to other forms of education, review is just that, only review. But when it comes to Torah, it is an opportunity to learn the same thing on a whole different level, as if it is a new work altogether. It would be a wasted opportunity to just review the parsha on the same level as previous years.

The following is probably something that most people have not come across over the years, and adds an additional dimension to the parsha. It’s from Sha’ar HaPesukim, the Arizal’s commentary on the Torah.

As the Torah explains, mankind abused their long lives, so they were shortened to 120 years. That may still sound like a lot of time for us, but for people who once lived hundreds of years, some even more than 1,000 years, it was quite the reduction.

The question is, when did the decree actually take effect?

It would seem that since Shais was able to live [long] like his father to 930 years, this was said regarding Moshe Rabbeinu who lived until 120 years.

In other words, even after God decided that the average person no longer deserved to live such a long life, He did not impose the new lifespan on the generation that warranted it. The whole generation anyhow survived because of the kindness of God, since there was no Torah to counteract the evil, so it seems that chesed extended to continuing to grant the period of long life all the way to Moshe Rabbeinu’s time, 712 years after the Flood.

It is the number of permutations of [the Name] “Elokim” [spanning the worlds of Beriyah, Yetzirah, and Asiyah]. As known, there are 120 permutations.

Why 120 years specifically? It’s Kabbalistic. God has different Names, many of which are permutations of the same Name. For example, the Name Elokim has 120 permutations, and since it is a Name that also denotes Divine judgment, the years were reduced to that number.

Also, four times “Elokim” is 344, and with the kollel it is 345, the gematria of “Moshe.” Thus the 120 permutations mentioned are 30 permutations of each Elokim, of which there are four Elohims, totaling 120.

According to Kabbalah, the 120 permutations break up into four groups of 30 each. The gematria of Elokim is 86, and times four 86 is 344. If you add one for the kollel, another well-known form of gematria, the total becomes 345, the gematria of “Moshe.” This is an allusion to the fact that Moshe Rabbeinu would be the first one to be impacted by the decree of 120 years. Even his brother, Aharon HaKohen, lived to 123 years.

The connection to this week’s parsha goes even deeper than this. The Arizal revealed:

Noach was Moshe [in his generation], and didn’t want to pray for his generation, as Chazal say on the verse, “For this is to Me [as] the waters of Noach” (Yeshayah 54:9). [It’s as if] he “caused” the Flood [by not praying], so it is named after him. However, even though he did not pray for them, it was nevertheless in his merit that it (the Flood) was held back for 120 years in the event they might repent [during the 120 years] like the years of Moshe Rabbeinu, a”h.

As it turns out, the soul of Hevel, after going to Shais and eventually to Moshe Rabbeinu, passed through Noach on the way. The Arizal, in Sha’ar HaGilgulim, says that after Moshe successfully fought for the survival of the Jewish people after the sin of the calf, he made requests from God. He tells God, “if I have found in chayn in your eyes…” and it is a reference to the fact that Noach reincarnated into him. Chayn is the letters of Noach in reverse.

The Talmud asked where there is an allusion to “Moshe” in the Torah (Chullin 139b). The question is difficult to understand since Moshe is mentioned so many different places in the Torah. The Pri Tzaddik has a nice explanation for this, especially since the Talmud bypasses all of the obvious references to Moshe for this obscure one. But, a reference to Moshe it is, and for a very specific reason:

Moshe therefore rectified the flaw of Noach, and prayed for them, saying, “If not, erase me…” (Shemos 32:32). The word “m’cheini—erase me” is understood to be like “mechui—blotted out,” mentioned with respect to the Flood, “And it [the Flood] blotted out —vayimach—all beings, etc.” (Bereishis 7: 23). All of his life he prayed for his generation to rectify what had been wrong in the beginning.

Who, but the Arizal, could make such a connection? We know about Noach’s failing, and we have read about Moshe’s heroic act of selflessness. But who would have thought the two are connected across so much time, and in such a meaningful way? One never knows what their present mesiras Nefesh might be rectifying from the past! We may not be able to know what, but it doesn’t hurt to think about more than the present when weighing difficult decisions.

For example, Rav Chaim Vital, the foremost student of the Arizal, was the gilgul of Rav Vidal, who was known as the “Maggid Mishnah” on the Rambam. Rav Vidal lived in Spain and in a time when Kabbalah was not so accepted, and shunned it. His world was that of the revealed Torah and Jewish law.

Rav Chaim Vital, living hundreds of years later and in Tzfas, was surrounded by world-renown kabbalists, of which he was one. The Arizal told him that it was his tikun for his life as Rav Vidal, who didn’t want to learn Kabbalah. That is primarily what Rav Chaim Vital learned throughout his lifetime. We may only be aware of our present life and course, but that doesn’t mean that history isn’t aware of a lot more. It’s worth considering, especially after figuring out what drives you, and what doesn’t.

Therefore, it says with respect to the generation of the Flood, “God sat at the Flood” (Tehillim 29:10), “sat” meaning that He held back from bringing the Flood for 120 years. It was in the merit of Moshe, who was Hevel, [the latter being] hinted to by the end-letters of [the Hebrew words] “sat at the Flood” [which are Heh, Lamed, and Bais]. [The verse concludes,] “God sat as King forever,” that is, when He later brought the Flood, it was with the Name “Elohim,” and without mercy. It was the Name Hovayah that “sat” and held back [the Flood], but it would act this way forever since it is mercy, but with the trait of judgment.

Again, who would have thought that the 120 years God gave Noach to build the ark had anything to do with Moshe, who hadn’t even lived yet?! Granted it was to give the generation time to inquire about the ark and maybe consider repenting, like the people of Nineveh did in Yonah’s time. But in the merit of Moshe Rabbeinu, who was Noach at the time?

Wow. There is a verse in Tehillim about the Flood. It happens to have words whose roshei-teivos—head-letters happen to spell one of the 72 three-letter Names of God, that just happened to be used by Moshe to elevate the coffin of Yosef from the bottom of the Nile river. Yosef was also compared to an ox, as we learn from Ya’akov’s blessing of him.

After doing so, Michah somehow got his hands on the plate with the engraving and later used it to produce the golden calf. Somehow this used energy from the second constellation of an unholy purpose, and blemished it.

All of this history and information, and we haven’t even left Parashas Bereishis yet.