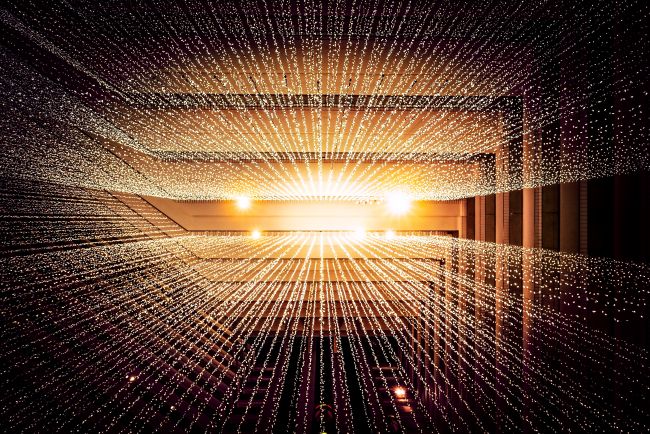 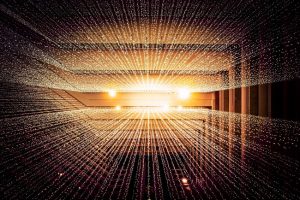 What is the worst calamity that can befall a person? What agonies are the most difficult to endure? To find the answer, we need only look at the plagues that afflicted the Egyptians when they refuse to let the Jewish people out of bondage.

The Ten Plagues were designed to break down the stubborn resistance of Pharaoh and the Egyptians. Each successive plague turned up the pressure another notch or two higher, until Pharaoh, no longer bear the pain, finally capitulated. The final and most crushing blow was the death of the firstborn. The runner-up in sheer torture was the ninth plague, which enveloped Egypt in such a dense, palpable darkness that all the people were completely immobilized. The agony of a prisoner in solitary confinement does not compare to the living death that gripped the benighted Egyptians.

While all the Egyptians were trapped in the darkness, life for the Jewish people continued as usual. As with all the other plagues, they were completely impervious to the effects of the catastrophes to which Egypt was being subjected. And yet, the Torah tells us that during the plague of darkness “the Jewish people had light in all their dwelling places.” Why was it necessary to tell us that the Jewish people were unaffected by the darkness? Furthermore, what is the significance of their having light in “their dwelling places”? Surely, they enjoyed light wherever they were.

Earlier in Genesis (28:10), we read that “Jacob departed from Beersheba and went to Harran.” The Midrash observes that the Torah finds it appropriate to mention his point of departure in addition to his destination point. This teaches us that “when a righteous person is in a city he represents its glory, light and beauty, and when he departs, its glory, light and beauty are removed.” What is the significance of this redundant language?

The commentators explain that all too often we do not appreciate what we have until we lose it. When do people realize that the righteous person is the glory of his city? When he departs and the glory is removed.

In Egypt as well, the Jewish people did not appreciate fully the wonderful gift of light until the plague of darkness struck Egypt. Watching the Egyptians immobilized by the darkness, they were suddenly extremely grateful that they had light to illuminate their lives.

On a more mystical level, the commentators see darkness and light as metaphors for the Egyptian and Jewish cultures. Egyptian society, steeped in superstition, magic and idolatry, was blind to the Presence of the Creator in the world. It was a place of darkness. The plague of darkness tapped into the Egyptian way of life and produced a physical manifestation of the spiritual darkness. And the severity of the plague was clear proof of the extent to which the spiritual light had been extinguished in Egypt. The absence of spirituality immobilizes a person and prevents him from moving forward.

When the Jewish people perceived the spiritual blight of the Egyptians, they recognized the Presence of the Creator in every grain of sand, every blade of grass, and this profound faith illuminated their world. The purity of life in “the Jewish dwellings,” therefore, shone with a transcendent light that reflected the inner spirituality of the Jewish people.

A young student was sitting in the back of the classroom and daydreaming. At the front of the room, the teacher was explaining the intricacies of a difficult subject, but the student paid no attention. He was lost in the faraway world of his imagination.

Suddenly, he heard another student speaking louldly and disrupting the class. The teacher asked the troublemaker to be quiet, but to no avail.

The daydreamer’s interest was piqued. He ears perked up, attuned to every word that transpired in the classroom. He listened to the teacher trying to convey important ideas, and he listened with revulsion as the troublemaker blotted out the teacher’s words with his disrespectful noise.

How foolish I’ve been, thought the daydreamer. My teacher is telling us such important things, and I wasn’t paying attention. Unfortunately, it took the troublemaker’s antics to make me aware of what I was missing.

In our own lives, we sometimes become so caught up in the hustlke and bustle of daily life that we lose sight of the deeper truths of life, of a sense of which things that are important and which are not. But then when we see the extreme degradation of the society in which we live, we are snapped back to reality and regain our innate appreciation for Jewish values and ideals. It is better, of course, never to lose sight in the first place, not to wait for the darkness of others to inspire us to choose light. Text Copyright © 2007 by Rabbi Naftali Reich and Torah.org.