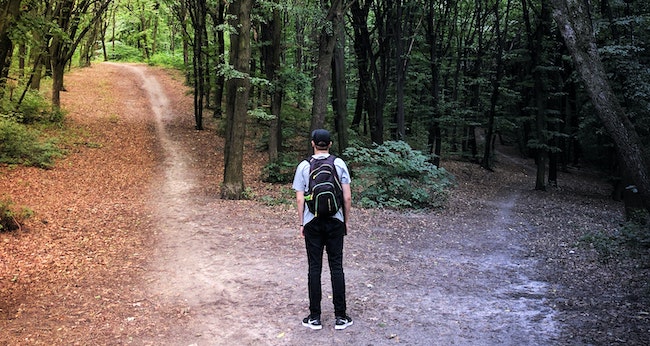 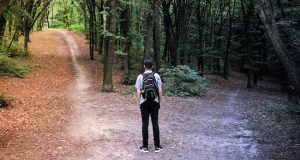 The vast Jewish encampment stands at the edge of the desert on the threshold of Canaan. It is a time of incredible excitement. After centuries of bondage in Egypt, the Jewish people are finally returning as a nation to their ancestral homeland. They know that Hashem has promised them the land, but they also know they will have to fight a war of conquest. They choose twelve outstanding men, one from each tribe, and send them off to reconnoiter the land before they invade. The results of this ill-fated expedition are disastrous, to say the least.

The spies deliberately slant their reconnaissance reports to sow fear and despair among the people. The generation of the Exodus loses its chance to enter the Holy Land and is doomed to remain in the desert for forty years. Moreover, as our Sages tells us, because of the perfidy and sedition of the Meraglim, the night of their return, the ninth of Av, becomes an occasion of national mourning for all time.

How could such a thing happen? Was it a mistake to send the spies?

The Torah tells us that the Jewish people asked Moses to send the spies, and as always, Moses presented the question to Hashem.

What did Hashem mean by “send for yourself”? Rashi explains that, in effect, Hashem was saying, “You decide. Send them if you so choose, but I am not instructing you to send them. I leave it completely to your discretion.”

Many questions immediately come to mind: Why did Hashem refrain from giving Moses specific instructions regarding how to proceed? Why didn’t Hashem spare the Jewish people all this grief by simply instructing Moses not to send the spies?

Furthermore, since Hashem specifically declined to endorse the reconnaissance plan, why did Moses choose to go ahead with it anyway? Why didn’t he let the whole thing go, just to be on the safe side?

The answers to these perplexing questions derive from one of the fundamental aspects of Judaism. We all know how difficult it is to cope with the temptations and challenges of life, and it would certainly be easy to deal with it by withdrawing into a monastic life of sheltered meditation. But that is not what we are meant to do. The Torah teaches us to live spiritually at the very center of civilization. It teaches us not to run away but to face the issues squarely and make the hard choices.

As long as the Jewish people were in the desert, they lived in a spiritual cocoon, shielded from the choices of everyday existence. Their food, water and clothing were miraculously provided, nor did they engage in commerce or agriculture. But all this was part of the process of preparation for their entry into the real world where they would face the hard choices. In the desert, the bread falling from heaven conditioned to the concepts of faith and trust in Hashem, but the ultimate goal was to carry this faith forward to a time when bread would grow from the ground. This was their national destiny.

As they stood on the threshold of Canaan, this time had come. Soon they would inherit the land and begin the daunting task of building a functioning society built on faith in Heaven and Torah values and ideals. It was time to begin making the hard choices.

When Hashem told him to decide on his own if he should send spies to Canaan, Moses realized that Hashem, far from expressing divine disapproval, was actually presenting the Jewish people with their first opportunity to make their own choice. From the point of their very entry, Hashem was telling them, would already be allowed to choose. Moses chose to send the spies. But now the choice shifted to the spies themselves, and tragically, almost all of them chose poorly.

In our own lives, we are bombarded with myriad choices. The media and technology bring the temptations and blandishments of contemporary culture into the innermost privacy of our homes, making every day a never-ending struggle to maintain our sanity and morals. How can we preserve our ideals and values for ourselves and our children in such an environment? It can only be done if we see beyond the glitter and hype that surrounds us, if we reach into our reservoirs of faith and recognize the hand of Hashem guiding us – as it always has and as it always will. Text Copyright © 2007 by Rabbi Naftali Reich and Torah.org.