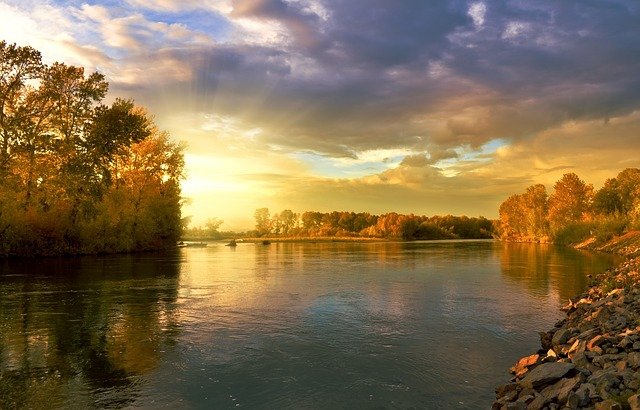 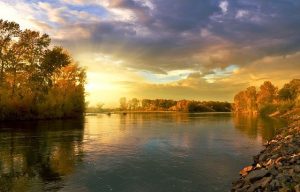 From earliest childhood, we are taught to express our gratitude for anything we receive. Think back. What were the first things your parents taught you? “Say please” and “Say thank you.” Appreciation and gratitude seem to be fundamental universal values. Why is this so? Is it only to give our benefactors a good feeling? Or is there some deeper purpose? What exactly do these words mean?

In this week’s Torah portion, we find a rather strange form of gratitude. As the story unfolds, Pharaoh defiantly refuses to release the Jewish people from bondage. The Ten Plagues begin. First, the Nile River turns to blood. Pharaoh persists in his stubborn refusal, and the river spawns and disgorges myriad frogs that swarm over all of Egyptian. Pharaoh still resists, and the very dust of the earth is transformed into lice. But this, too, does not convince Pharaoh to release the Jewish people, and as the plagues continue, Egypt is overrun with beasts of prey. And so it continues until Pharaoh finally lets the Jewish people go.

The Sages tell us that for Moses to strike the river and turn it into blood or to generate a plague of frogs from its bowels would have been an act of ingratitude. During the decree of infanticide, Moses had been concealed among the bulrushes of the Nile, and in effect, the river had saved his life. How could he now afflict it with plagues? Furthermore, Moses had struck down an Egyptian taskmaster who had been tormenting a Jewish laborer and buried the body in the soil. Therefore, it would have been an act of ingratitude for him to transform the soil into lice.

But wait! What sort of gratitude was Hashem demanding from Moses? What is the point of being grateful to inanimate entities such as the river and the soil?

Clearly, the primary purpose of gratitude is for our own benefit. People sometimes have a tendency to avoid expressing their gratitude, because somehow doing so makes them feel diminished. Their egos do not allow them to acknowledge that they are beholden to others. In order to counteract this tendency, the Torah repeatedly emphasizes the importance of expressing thanks. Indeed, the Hebrew word for gratitude is hakaras hatov, acknowledgment of the favor. Acknowledgment is the key, regardless of whether the benefactor is another person or an inanimate river.

The tendency to ingratitude, the commentators explain, is one of the major obstacles to a close relationship with the Creator. A person whose ego does not allow him to acknowledge his own limitations and needs will not recognize the limitless presence of the Creator in the world. Only by becoming conditioned to express gratitude at every appropriate occasion, to acknowledge dependency on others, can a person break out of the ego- driven illusions of self-sufficiency and gain a clear vision of the world. This knowledge and humble acceptance is the first step towards connecting with the Master of the Universe.

A great sage was having dinner with one of his young disciples in a hotel dining room.

“The owner of this hotel is a fine person,” remarked the sage. “Look at this dinner he prepared for us. And the service!”

“Well, what do you expect?” said the young disciple. “He is getting paid very well for it.”

“Naturally, he has to get paid,” said the sage. “He has expenses, you know. That’s the only reason he takes our money. But he is such a considerate, wonderful host.”

“He takes more than to cover expenses,” the young man persisted. “He make quite a tidy profit here.”

“Of course, he makes a profit,” said the sage. “Otherwise, how is he to support his family? Nonetheless, he is such a warm host. But you, my young friend, have thought of every which way to avoid being grateful to him. Do you why? Because you are afraid that acknowledging the good in others may make you indebted to them and thereby diminished. But the opposite is true. Recognizing the good in others makes you a better person.”

In our own lives, we must never underestimate the importance of expressing gratitude and appreciation to others. We must recognize every good turn that is done for us, and we must declare our acknowledgement in no uncertain terms. We owe it not only to our benefactors but to ourselves even more. A person wise enough to thank the doorman for opening the door is exalted enough to be in touch with eternity. Text Copyright © 2008 by Rabbi Naftali Reich and Torah.org.