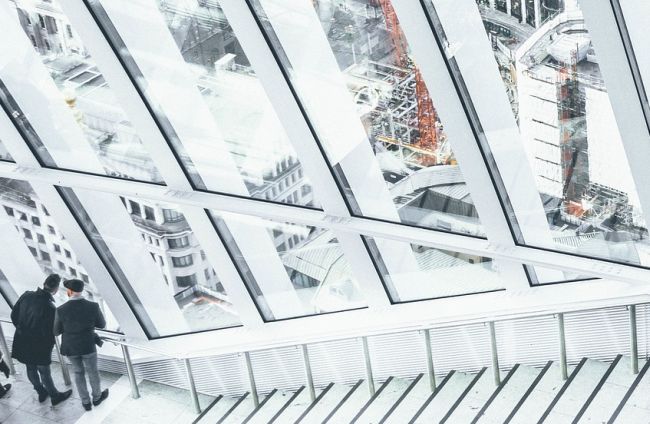 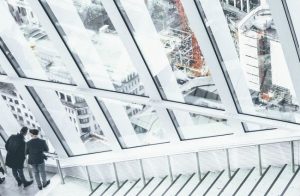 This week we read the parsha of Pinchas. Bil’am, upon seeing that he was unable to harm Bnei Yisroel (the Children of Israel) through cursing, suggested a different option to Moav. Bil’am knew that Hashem despises immorality — it causes Him to distance Himself from Bnei Yisroel. He told Moav to send their daughters to Bnei Yisroel to try to seduce them. The nation of Midian joined Moav and sent their own daughters to also try to seduce Bnei Yisroel. The successful implementation of this advice caused a heavenly plague which left twenty four thousand of Bnei Yisroel dead.

Pinchas had acted courageously and zealously to stop the immorality that was going on around him. This caused the cessation of the plague. Hashem therefore rewarded him with Kehunah — priesthood.

“And Hashem spoke to Moshe saying: Harass the Midianites and kill them [25:17]”, to avenge that which they did to you.

Why was Moshe commanded to avenge Midian and not to avenge Moav? Rashi [31:2] explains that the Moavites had a legitimate fear — Bnei Yisroel would be traveling right through their land. Midian, however, involved themselves in a battle that wasn’t theirs. The Bnei Yisroel wouldn’t have been traveling through their land and they had nothing to fear. Moshe was, therefore, commanded to battle against them.

“Vayishlach o’som Moshe… v’es Pinchas ben Elazar (And Moshe sent them… and Pinchas, the son of Elazar) [31:6]”, to wage battle against Midian.

The Tosafos ask: ‘If Hashem commanded Moshe to avenge, how could Moshe shun this responsibility and send Pinchas?’

He offers an amazing explanation: ‘Since Moshe had spent many years in Midian when he had fled from Paroah, he felt it was improper for him to personally wage a war against a nation that had helped him. As the expression goes: Don’t throw earth into a well that you drank from.’

The Ohr Yahel pursues this point further. Hashem told Moshe to avenge the Midianites! How could Moshe disobey Hashem’s command, even if Midian had helped him?!

He explains that Moshe understood that, since he had grown up in Midian and had benefited while there, Hashem’s command to avenge Midian couldn’t have been for him personally to do it. Moshe had been commanded on Sinai: “V’ha’lachta bid’ra’chav”, to follow in the ways of Hashem! His personally avenging Midian would be acting contrary to the ways of Hashem! Don’t throw earth into a well that you drank from…

It was clear to Moshe that the way to fulfill the command of Hashem was to have Midian avenged through someone else. Through someone who didn’t owe them a debt of gratitude. He sent Pinchas. Pinchas who had begun the mitzvah of defeating Midian was summoned to complete that task.

This midah (attribute) of ‘hakaras ha’tov’ — recognizing and appreciating what others have done for you and giving back in return — is a midah of Hashem. Everything in this world is accounted for. Sometimes we get a glimpse of that accounting and other times we blindly miss or ignore it. But the account is always settled…

Rav Paysach Krohn (In the Footsteps of the Maggid) tells of Rav Yosef Reichner and his wife, Faigela, who lived with their eleven children in Pressburg, Hungary in the mid-1800’s. Eight of the children were boys and were privileged to have been taught by an exceptional Rebbe, Rabbi Lazer HaKohen Katz, known as the tzadik of Pressburg. His impact on the boys was extraordinary and they endeavored to emulate him and his ways.

Years went by and Rav Lazer became weak and frail. Unable to continue teaching, he spent his days alone in his apartment, subsisting on a meager stipend given to him by a chessed (charitable) organization.

Mrs. Reichner, however, didn’t forget the wonderful impact that Rav Lazer had on her sons. Every day she’d send a package of food for lunch to Rav Lazer’s small apartment on a street known as Z’idvoska Ulitza (Jewish Street). This package also contained enough for supper. Additionally, before every Yom Tov (holiday) she would place some money in the package allowing Rav Lazer to purchase something extra for the holiday. This went on for more than twenty years!

Shortly after Pressburg became part of Czechoslovakia in 1925, Rav Lazer passed away. A few years later, Rav Yosef Reichner and his wife, Faigela, also passed away.

A generation later, on the night after Yom Kippur, 1944, the Nazis were furiously raiding every Jewish house in Pressburg, searching for Jews to deport to the concentration camps. All Jews that were found, regardless of the passports they carried, were dragged off to meet their bitter fate.

Two Nazis burst into the home of Ashi Reichner, one of Mrs. Faigela Reichner’s eight sons. As they ordered him and his wife outside, Ashi turned to them.

“You should be ashamed of yourselves disturbing elderly people in their homes”, he said with dignity. “What good can an old man like me be in a labor camp?!”

Outside, the Nazis suddenly disappeared. Ashi and his wife, Miriam, could not figure out where they had gone but they knew that they must take advantage of this unexpected chance for freedom. He said that Jews were being hidden in a bunker somewhere on the left side of the city. She argued that there was a safer place on the right side of the city. Terrified, they argued in which direction they should run.

Ashi, in keeping with the Talmudic teaching that a woman is imbued with an extra sense of insight, listened to his wife. They ran as fast as they could to the right side of the city to the building where she had heard that the Jews had found shelter.

They came to Z’idvoska Ulitza, ran up to the second floor of the building and knocked violently on the door. A gentile woman, known as Aunt Anna, recognized them as Jews and ushered them in. This noble woman risked her life daily for eight months until the Russians came and liberated Czechoslovakia. She would purchase enough food from the grocer to sustain all of the people she was hiding in the apartment. She’d then cover the food with either wool or coal so as not to arouse the suspicion of the Nazis she’d pass in the street.

The Reichners were introduced to the other twelve people hiding in two rooms behind a large closet. Remarkably, they found amongst them other Reichner family members: their daughter, son-in-law and grandchild who had also secretly made their way there.

How did the Reichners merit to have so many family members saved in this one apartment?

This apartment, many years before, had belonged to Rav Lazer… The same apartment to which Mrs. Reichner had sent so many care packages to keep the tzadik of Pressburg alive was now sheltering her children, grandchildren and great-grandchild.

Everything in this world is accounted for. Sometimes we get a glimpse of that accounting and other times we blindly miss or ignore it. But the account is always settled…