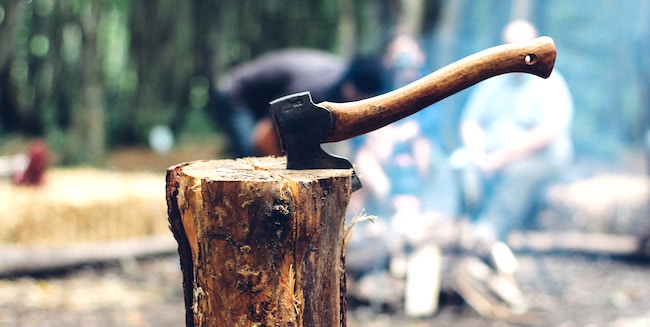 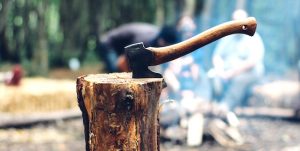 So what does the Torah tell us about such a man? How are the courts to deal with him? Should we just shake their heads sadly and move on? Or should he have to suffer consequences?

The Torah tells us that such an accidental “murderer” is to be banished for life to one of the six Cities of Refuge, specifically designated safe havens that protect him from reprisals by his victim’s relatives. Only if the Kohein Gadol, the High Priest, should pass away during the period of his confinement may he go free.

How are we to understand this law? After all, what did this hapless fellow do already? He had not intended to kill anyone. He had not even known that anyone was in the vicinity. He had just swung the axe with perfectly innocent intentions, and the blade had flown off and killed someone. Should his whole life be ruined for such a small thing? Does he deserve to be banished for the rest of his days?

Furthermore, why should his banishment depend on the survival of the High Priest? Why should he be put in a position that almost forces him to pray for the death of the blameless High Priest?

The commentators explain that the human mind is extremely intricate and complex. People often do or say things for reasons they themselves cannot even fathom. Deep in their subconscious, they may harbor long forgotten resentments or insensitivities that still trigger negative actions and behaviors.

The Torah expects us to root out these hidden malignant tendencies. The Torah expects us to probe, purify and cleanse our souls. If a person can wield a defective lethal weapon in the open, there is something wrong with him. Somewhere deep inside, he has a callous disregard the safety of human life and limb. For if he really cared, he would have lifted that axe as if it were a flaming torch. He would have inspected it carefully and looked around to make sure the coast was clear before swinging it.

That is why the Torah describes him as a “murderer.” In a sense, he really is a murderer. That is also why the Torah makes his confinement dependent on the survival of the High Priest. When this “murderer” finds himself praying for the death of the High Priest, the epitome of innocence, he will finally come face to face with his dark side. He will realize that he really does have homicidal tendencies. Only then can the process of self-appraisal, introspection and rehabilitation begin.

A student came into his dormitory late at night. He closed the door behind him, and the door slammed shut with a loud bang. The student turned around, and there stood the headmaster glaring at him with disapproval.

“How can you slam doors in the dormitory so late at night?” he asked. “Doesn’t it mean anything to you that people are fast asleep? Don’t you care about other people?”

“Of course I do, sir. I certainly didn’t want to slam the door and make noise. I just closed the door, and it slammed shut. It wasn’t my fault.”

“Tell me, my young friend,” said the headmaster, “if your ailing father had been sleeping in one of this rooms, do you think the door would have slammed shut?”

The student fidgeted. “I don’t think so,” he admitted.

“I don’t think so either,” said the headmaster. “When you really care, the door closes gently.”

In our own lives, we are driven by so many complex and varied motives. The lesson of the accidental murderer teaches us to probe and examine even our seemingly altruistic actions and seek the hidden motives. If we discover that the motives are indeed pure, we can be sure that the actions are worthwhile. Text Copyright © 2010 by Rabbi Naftali Reich and Torah.org.