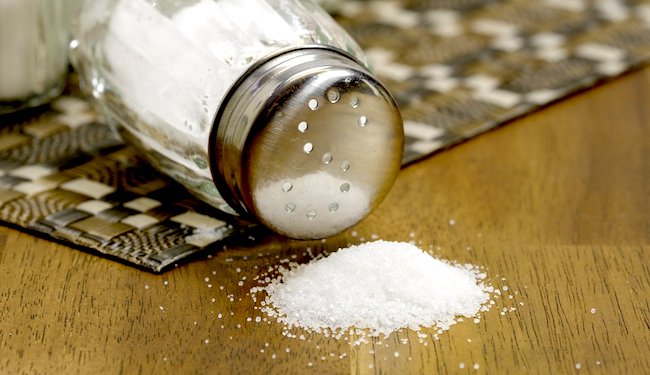 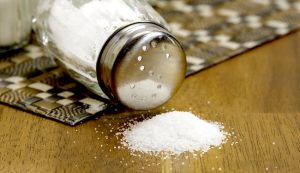 What do all the sacrificial offerings that comprised the Temple service have in common? Each class of offering had its own specialized set of detailed instructions, calling for a certain species and gender of animal or bird, for various kinds of cakes, for libations, spices or condiments of a particular sort, and so on. No two sacrifices were identical, and no requirement was universal. Except for one. Every sacrifice required salt. Furthermore, the requirement of salt was not simply a minor instruction. There is a specific positive commandment in the Torah mandating the addition of salt to all sacrifices, and to add emphasis to emphasis, there is also a specific prohibition forbidding the omission of salt from any sacrifice. Clearly, the addition of salt is critical. Why salt?

The Talmud sheds light on this puzzling question. At the time of creation, the Talmud explains, the Creator parted the lower world from the firmament, separating the waters of the heavens from the waters of the seas. The seas were mortified. “Master of the Universe!” they cried out. “We want to be close to Your heavenly throne. Why have You placed us off in the distance?” In order to reassure the seas that they had not been abandoned or rejected, the Creator granted them the privilege of providing salt for all sacrifices brought in the Temple.

But the questions still remain. How could a minuscule drop of salt added to a sacrifice appease the overwhelming desire of the sea to be closer to Hashem? How was that adequate compensation for being distant from Hashem?

The commentators explain that we are often all too dependent on our environment for our level of spirituality. If only we could live in more sheltered surroundings, we tell ourselves, we would be such spiritual people. If only we could isolate ourselves from the hubbub of the mundane world we could draw closer to the Creator and the fulfillment of the transcendent aspirations of our inner souls. In the meantime, however, we resign ourselves to the reality of our existence and the futility of aspiring to high levels of spirituality.

But this is not what Hashem expects of us. He does not want us to make our spiritual growth dependent on what we consider ideal conditions. In any setting, no matter how distant, no matter how difficult, He wants us to yearn to connect with Him. Moreover, it is this very yearning which will bring us closer to Him and forge that powerful spiritual connection. The aching desire in our hearts spans any chasms of time and space and brings us right into Hashem’s enfolding embrace.

In this light we can understand Hashem’s words of consolation to the waters of the seas. True, they would have to remain in the lower world while the waters of the heavens rose to the upper world. But this did not necessarily mean that they would be estranged from Hashem. The solution was in the salt.

Salt is the sublimation of all the elements dissolved in the water. It is the very essence of the entire sea reduced to a tiny pinch. By providing salt for the sacrifices, the sea would be reaching with all its being out across the vast distances to the center of spirituality, and this reaching out itself would bring it close to Hashem.

A king had two sons. One of them lived in the palace and served as the chief minister of the kingdom. He met with his father daily and conferred with him on a wide variety of state and other matters. The second son served as the king’s ambassador to an important but very distant kingdom. Every other year, he returned to the palace for a short visit, but for all the rest of the time he remained in the faraway land.

After a number of years, the king grew old and feeble, He decided to address the question of the succession to the throne. He called in his ministers and informed them that he had chosen a successor.

The ministers nodded sagely. It was as they expected. The chief minister would make a good king.

“Send for my son right away,” the king continued. “He must travel a great distance to come back here to the palace.”

The ministers were baffled. “But you just said that you had chosen the closer son, your majesty!”

“Indeed I have,” said the king. “The chief minister is a good, loyal son, but he is with me all the time. He is not excited when he comes to see me. The ambassador, however, may live far away, but he yearns to see me with all his heart. No distance can affect our closeness.”

In our own lives, we can all reach deep within ourselves for that pinch of salt that represents our very being and identity. If we dedicate that salt to our relationship with our creator, we can gain untold spiritual riches no matter where we find ourselves. Text Copyright © 2010 by Rabbi Naftali Reich and Torah.org.