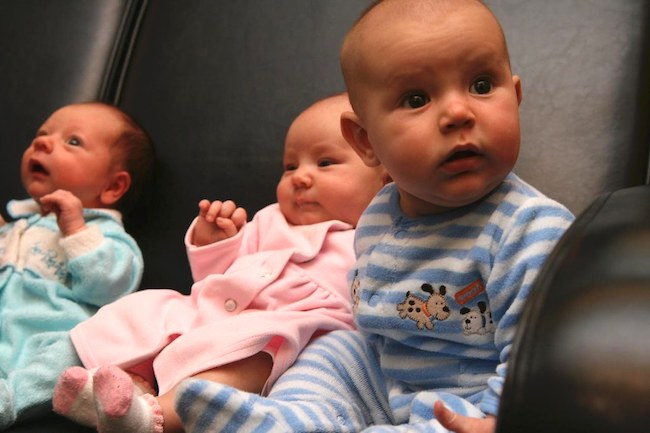 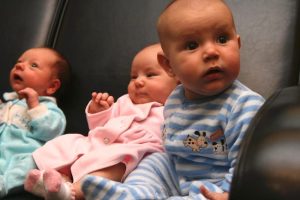 This class is dedicated by Ephraim Sobol in loving memory of his father, Shlomo Mordechai ben Yaakov a”h.

“Every living thing from single cells to plants and animals reproduce.”

Sit back for a moment and let this statement sink in. Now isn’t that incredible? Within the myriads of G-d’s creatures, there is an inbuilt biological function for organisms not only to survive but also to preserve and propagate the species.

What is strange, however, is how the act of human procreation is anything but instinctive. On the contrary, this is canonized as a mitzvah whose profound spiritual character is underscored in its position: the first of the 613 commandments to appear in the Torah.

Procreation is associated with blessing. Immediately after the creation of Adam and Eve, G-d blessed the couple to “be fruitful and multiply, fill the earth and subdue it”(Genesis 1:28). And in the aftermath of the Deluge – that almost wiped out mankind – Noah and the remnants of the animal kingdom were commanded by G-d: “let them teem on the earth and be fruitful and multiply on the earth” (Genesis 8:17).

Yet if procreation is, indeed, innate to the animal kingdom, why then should it assume the guise of a mitzvah? And in what way is this “a blessing”?

The answer has to do with the sacrosanct nature of human life.

For man, life – the foundation of his existence – is truly the greatest of blessings. Every child is a unique individual, not just another member of mankind. Thus the importance of a child’s birth is precisely because he stands as a microcosm for the creation of the world. (See Talmud Bavli, Sanhedrin 37a- “Whoever saves one soul, it is as if he has saves the whole world).

Of the three parties contributing to human life, the father and mother give the child its physical form. Yet life only begins in earnest once G-d implants within the body a divine spark, its soul (See Talmud Bavli, Kiddushin 30b). It is specifically in this endeavor of “creation”, that man transcends the animal kingdom by entering a partnership with G-d. Just as he is fashioned “in the image of G-d” (Genesis 1:27), procreation sees man emulate the Master of the Universe; how like his Creator, he too, is one who “creates worlds”.

The magnificent creation of the universe is itself associated with “goodness” and “blessing” (“G-d saw all that He had made [in creation] and behold it was very good.G-d blessed the seventh day” – Genesis 1:31, 2:3). The reason is because blessing – as with all acts of kindness and charity- overflows from the good of the benefactor. All resources at his disposal are altruistically directed, going beyond himself, to benefit others. Of course, this analogy accurately expresses the essence of G-d’s Creation exclusively for mankind’s benefit as His Infinite blessing and abundance showered down onto His creatures.

It lies within the confines of man’s finite lifespan on earth to “create” worlds – i.e. to invest holiness (the spiritual component, soul) to reside and find expression within the physical forms on Earth (body). In the same way that a Jew is instructed to be fruitful in having children, he must equally focus on the spiritual fruits of his labors. Indeed, from the statement “These are the offspring of Noah – Noah was a righteous man” (Genesis 6:9), our sages conclude that the primary offspring of the righteous are, in fact, their good deeds, their mitzvos classified as their spiritual “children” (Rashi ad loc).

Only by realization that life itself is man’s most precious asset can he weather the tide and surmount the hardships and difficulties of living. The world was “blessed”; it was created to be populated, for life to grow and thrive. And the mitzvah of procreation is the means how man mirrors and partners G-d in the creation of life.

The sanctity of life is so important that it calls for the suspension of all the precepts (save for the three cardinal sins) to preserve even one human life! Furiously clinging onto life throughout the millennia, the Jew has preserved. He has persistently strived to involve himself in the creation of children that will continue his legacy of creating goodness and blessing in all of his actions; so that, like him, future generations would also dedicate their whole existence to serving G-d. Text Copyright &copy 2005 by Rabbi Osher Chaim Levene and Torah.org.