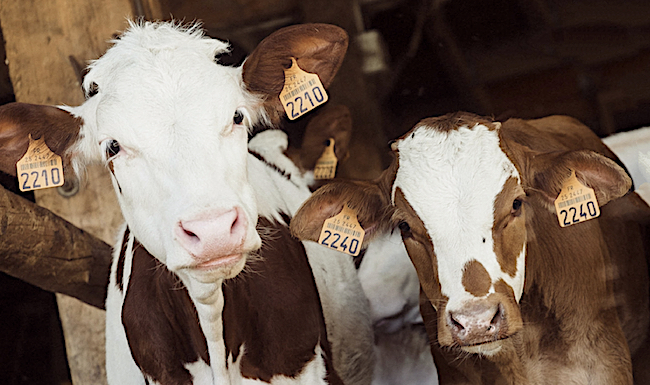 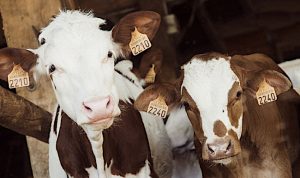 The Mitzvah: In response to finding a corpse in the Land of Israel, the elders of the closest town would decapitate a calf, an Eglah Arufah that was a communal atonement for this crime proclaiming that the townsfolk did not shed his blood (Deuteronomy 21:1-9).

Escorting his son on his journey, Yaakov taught Yosef the mitzvah of Eglah Arufah, the calf whose neck was axed by the elders of the nearest town upon the discovery of a murdered corpse. They exonerated themselves declared that they were not remiss in their duties to feed and escort the victim on his journey. When Yosef finally revealed himself to his brothers and they conveyed this joyous information to his elderly father, Yaakov’s spirit was revived upon seeing the Agolos, wagons sent by Yosef to transport Yaakov’s household to Egypt (Genesis 45:27).

The Midrash notes the similarity of the words “Eglah”, heifer and “Agalah”, a wagon. The wagons sent by Yosef hinted to the last Torah topic exchanged between father and son before Yosef departed – the mitzvah of Eglah Arufah. Yosef allayed Yaakov’s fears that although alive his spiritual identity may have been compromised in Egypt.

How is this mitzvah relevant to Yosef’s life and to his survival?

One of the three integral components of kindness is the act of escorting (the other two are food and drink). Kindness demands a person of a generous disposition, a “tov ayin”, literally, “of a good eye”, namely a person whose genuine desire is to selflessly assist and to see the success of others. Conversely, there is only emptiness and death as the Eglah Arufah came due to “those that are confiners of the eyes” – a reference to withholding of hospitality by misers that failed to fortify the wayfarer to stand up to his assassin (Talmud, Sotah 38b).

Instead of life, benevolence and blessing, there is only death, judgment and negativity. The Eglah Arufah sees “a one year old calf that has not fathered any fruit (offspring) that should be axed in a desolate valley, the place barren of fruit, to atone for the deceased who was not left alive to make fruit i.e. to perform mitzvos” (Talmud Bavli, Sotah 46a).

There is a mystical idea that man’s “front” profile highlights his productivity and fruitfulness (e.g. face is the interface of communication, speech, sight etc) while the “back” reflects man’s negative side (e.g. back of the head is blind and dumb).

This is also played out in the front/back of the neck. Shechitah ritual slaughter to render a kosher animal fit for human consumption was administered on the productive front-part of the neck. However the negative symbolism of the nape -back of the neck – was cut with the Eglah Arufah. That “Pharaoh” rearranges to form the word “HaOref”, the nape – back of the neck – is not coincidental.

The neck, as the bridge connecting a person’s head – his spiritual center and brain- to control the instincts and animalistic functions of his body, acts as a symbol to the Temple that connects the physical world with the spiritual world. (See Rashi, Genesis 46:29 and the allusion of Binyamin and Yosef falling on each other’s shoulders). Yosef’s wagons attest how, unlike the Eglah Arufah, his “neck” was symbolically intact. And his body’s link with the head – his spiritual center – had not been sundered.

An escort at the commencement of a journey underscores how attachment to a spiritual locus overrides man’s physical position. With the principle “All [members] of Israel are responsible for one another”, hospitality extending “outside” the home is testimony to the permanent relationship between the two parties – that the wayfarer is spiritually connected to his fellow Jew. This should arm him with the strength to continue and resist any would-be assassin. This was certainly true for Yosef in a spiritual sense. The loving relationship between him and his father – immortalized in Yaakov’s escort – would endure. It would not break. And it fortified Yosef to find the inner resolve to oppose the depraved ideology of Egypt.

He did not succumb to sin (such as in the episode of Potiphar’s wife) in Egypt depicted as a “beautiful calf” (Jeremiah 46:20). Their beauty and development, as exemplified in Pharaoh their king was akin to the negative side of the neck, to the barrenness of the Eglah Arufah. For Egypt’s immorality had no association to the spiritual dimension- they lacked the fruit of mitzvos that sanctifies the body.

In defiance to his surroundings, Yosef resisted Pharaoh’s symbolism as he harnessed his beauty in a productive, spiritual manner. Herewith, he established the Jewish nation’s foundation for their subsequent spiritual survival. He remained worthy for inclusion amongst the other tribes.

In contrast to the circumstances of the Eglah Arufah, Yosef stands as the symbol of fertility and blessedness. He was characterized (e.g. Deuteronomy 33:17; Genesis 49:25-6) as an ox (father of a calf) – symbol of productivity to plough a field so it yields fruit. He is described as “a son of grace to the eye” (Genesis 49:22) – one that had a “good eye” to sustain the Egyptians and the neighboring regions. He was the fount of blessing (See Genesis 49:25-26) supporting his father and brothers. Indeed, Yosef’s sons were similarly blessed to multiply like the fish in the sea (Genesis 48:16 & Rashi ad loc).

Yosef interpreted the cows in Pharaoh’s dream (again, the same animal family) and the sheaves (read: fruit) of the field as alluding to the years of plenty and famine. Elevated to the status of viceroy, Yosef was entrusted with storing and distributing food to the population. With this, Yosef exemplified the kindness of blessing, and of a “good eye”.

And he countered the narrow eye of misers responsible for the death of the wayfarer resulting in the Eglah Arufah. Yosef was reconciled with his brothers that had earlier hated him – on the contrary, he granted them “life” with food and an abode during the years of the famine and afterwards in Egypt.

In that the destruction of the second Temple, “breaking of the neck”, was because of baseless hatred between Jews, reattachment demands our utmost kindness and responsibility for our fellow Jew. So long as the Jew in exile, like Yosef, retains his attachment to the previous generations, the legacy and “escort” of Yaakov and his predecessors, he possesses the template to be spiritually productive, to survive the exile and to emerge spiritually unscathed. Text Copyright © 2005 by Rabbi Osher Chaim Levene and Torah.org.