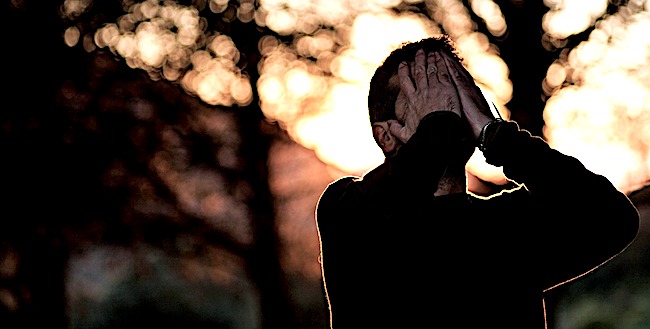 Learning How to Cry 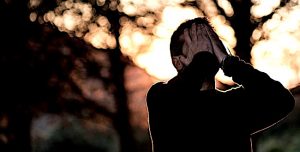 During the coming week, we will observe Tisha B’Av. Midrash Eichah Rabbah relates: There was a woman in Rabban Gamliel’s neighborhood whose son died in his prime, and she would cry for him every night. Rabban Gamliel would hear her cries, would remember the destruction of the Bet Hamikdash, and would cry with her until his eyelashes fell out. [Until here from the Midrash]

R’ Chaim Zaichyk z”l (1906-1989; Rosh Yeshiva of Yeshivat Bet Yosef-Novardok in Buchach, Poland; later in Israel) asks: What connection was there between that woman’s loss and the destruction of the Temple? Did Rabban Gamliel need inspiration from that woman’s crying to feel the loss of the Bet Hamikdash? Moreover, why didn’t he share the woman’s pain and cry over her loss?

R’ Zaichyk explains: The Midrash is conveying Rabban Gamliel’s understanding that any personal tragedy that an individual experiences is an outgrowth of one collective tragedy of the Jewish People – the destruction of the Bet Hamikdash. If we merited, we would live securely, in a constant state of: “The Jews had light and gladness, and joy and honor” (Esther 8:16). In that woman’s tears, Rabban Gamliel heard the tears of the thousands and myriads of Jews who died during the destruction of the Temple and other tragedies, and he cried for each individual and for the nation collectively.

For us, too, continues R’ Zaichyk, personal tragedies can help us to feel the pain of the national tragedy. None of us can fully grasp the destruction of the Bet Hamikdash. But, we can focus on a personal loss and, from there, come to feel the national loss. (Ohr Chadash: Bein Ha’meitzarim p.492)

“It was in the fortieth year, in the eleventh month, on the first of the month, when Moshe spoke to Bnei Yisrael.” (1:3)

Rashi continues: There are four reasons why one should not reprimand a person except shortly before one’s death: (1) so that one not reprimand and then need to reprimand again; (2) so that his fellow, whom he reprimands should not, feel embarrassed when he sees him again; etc. [Until here from Rashi]

Commentaries ask: How is the Sifrei’s advice compatible with the commandment (Vayikra 19:17), “You shall reprimand and reprimand your fellow,” which our Sages interpret to mean: “Even 100 times”? R’ David Halevi z”l (1586-1667; Poland; known as the “Taz”) explains:

The Mitzvah in Vayikra refers to rebuking a person whom you catch in the act of sinning. “Afrushei M’issura” / stopping a person from actively sinning is something that must be done over and over [subject to the other limitations that Halachah imposes on such rebuke]. The Sifrei is referring to a different type of reprimand: encouraging a person not to sin in the future. Bnei Yisrael were not sinning at this time, but Moshe saw certain tendencies in them and, therefore, cautioned them against sinning. Since such reprimand is not pressing, it can wait until just before the person giving the reprimand expects to die.

The Taz continues: Still, what is wrong with reprimanding multiple times? (The first reason for waiting given by Rashi was: “so that he not reprimand him and then need to reprimand him again.”) He explains: If there was not a fixed time for such reprimand, then it would need to be done every day. That would actually lessen its effectiveness, for the person hearing the rebuke might say, “I will repent when he rebukes me tomorrow.” If, however, the person giving the reprimand dies soon after, the recipient of the reprimand might be inspired by that loss. (Divrei David)

Why did the Spies bring samples of the fruits of Eretz Yisrael from a valley?

R’ Pinchas Halevi Ish Horowitz z”l (1731-1805; rabbi of Frankfurt, Germany, Talmud commentator, and early adherent of the Chassidic movement) suggests: Our Sages teach that there was no mountain or hill in Eretz Canaan on which there was not an idol. Therefore, the Spies were concerned that fruit growing on a mountaintop might be an Asheirah / a plant that had been worshiped. Accordingly, they took fruits from a valley. (Panim Yafot: Shelach)

The Gemara (Horiyot 10a) relates: Rabban Gamliel [the leader of the Jewish People in the period shortly after the destruction of the Second Bet Hamikdash] and Rabbi Yehoshua were traveling on a ship. . . . Rabbi Yehoshua said to Rabban Gamliel, “You have two students on dry land [back home], Rabbi Eliezer Chisma and Rabbi Yochanan ben Gudgoda, who know how to estimate the number of drops of water in the ocean, yet they have no food to eat nor clothes to wear.” Thereupon, Rabban Gamliel made up his mind to appoint them to positions of prominence [from which the would earn a living (Rashi z”l)].

When Rabban Gamliel returned [to Eretz Yisrael], he sent for them, but they did not come. He sent for them a second time, saying, “Did you think I am giving you power? No! I am making you slaves!” [Until here from the Gemara]

R’ Nosson Lewin z”l (1857-1926; rabbi of Rzeszów, Poland) explains: Our Sages say, “When a person is appointed as a leader over the Tzibbur, his sins are forgiven.” There are two ways to understand this. The first, which is how Rabbi Eliezer Chisma and Rabbi Yochanan ben Gudgoda understood it, is that the fact that someone finds favor in the eyes of the Tzibbur shows that he finds favor in G-d’s eyes as well. Therefore, those two scholars reasoned, we do not need to accept the positions being offered to us. We already have received a sign that we find favor in G-d’s eyes and our sins are forgiven.

No! Rabban Gamliel informed them. The reason a leader’s sins are forgiven is because he toils on behalf of the Tzibbur. Without that hard work, the spiritual benefits of being appointed cannot be realized. (Bet Nadiv p.188)

The earliest (known) work offering a systematic presentation of Jewish beliefs is “Ha’nivchar Ba’emunot V’de’ot” / “The Choicest of the Beliefs and Understandings,” better known simply as “Ha’emunot V’de’ot,” by R’ Saadiah Gaon z”l (882-942; Egypt, Eretz Yisrael and present-day Iraq). In this excerpt from R’ Saadiah’s introduction to that work, he explains how, as Jews, we arrive at our understandings of things and ideas.

Understanding that which can be sensed refers to knowing anything that a person can grasp with his five senses: seeing, hearing, smelling, tasting, and touching.

Understanding that which is recognized by the intellect refers to recognizing concepts that exist in the mind only–for example, the importance of truth and the disgracefulness of falsehood.

Understanding that which is necessary refers to acknowledging the existence of things whose failure to exist would negate that which we know to be true; therefore, they must exist. For example, we are forced to acknowledge that a person has a soul, even though we cannot see it, and that a soul has an intellect, even though we cannot see that either, because we see the impact of the soul and the intellect. If we did not acknowledge their existence, we would be forced to deny their effects, which we cannot do, because those effects are observable. . . .

We, the believers, acknowledge these three ways of attaining knowledge, and we add a fourth: our true traditions.