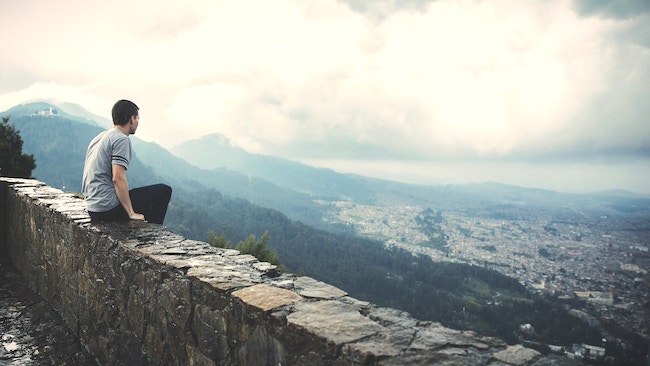 Cities of Refuge: Sanctuary for Survival 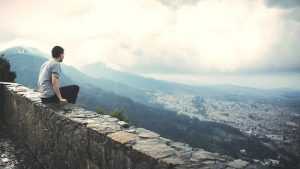 Where a Jew killed accidentally, he would go into exile by fleeing to one of the established Orei HaMiklot, “Cities of Refuge” in the Holy Land. There, he would live out his life until the death of the Kohen Gadol. (Bamidbar 35)

Six principal cities of refuge were designated in the Holy Land, three on either side of the River Jordan. In addition, the 42 cities of the Levites scattered throughout the Holy Land similarly served as a safe havens for the accidental killer. He was confined to reside within the walls of this city. This indefinite sentence lasted until the death of the current Kohen Gadol.

Why was the asylum of the cities of refuge necessary for the one responsible by accident in the death of a fellow Jew?

Kedusha, sanctity intrinsically relates to the concepts of life, of G- dliness and of geulah, redemption. It is the ideal state where spiritual and physical coexist. There is an unbreakable umbilical chord attached to G-d recognizing Him as the Source of all life. Conversely, tumah, impurity is synonymous with death, with spiritual contamination and with golus, exile. This conveys the sorry state of detachment from G-d. It is where the spiritual is exiled from the physical, where the soul is driven out of the body.

That the killer was responsible for the death of another human being denotes a spiritual insensitivity to the innate value of life and more specifically, of the divine component encased within man. In lieu of disconnecting the deceased man’s linkage to G-d, the killer should by rights similarly lose his own existence. His introduction of death meant a soul departing from the body, which itself represents the antithesis of kedushah and geulah.

Instead, he has but one option available: he has to acquire a new “lease of life”.

This was achieved by going into golus, exile. He had to flee to the cities of refuge or to the towns inhabited by the Levites. There, he would enter a consecrated habitat and be in the company of sacred people whose lives were fully dedicated to kedusha and attachment to G-d in their service in the Temple. Only in their merit would he be granted a lifeline. (Obviously, the Levites were not involved in the sin of the Golden Calf that reintroduced mortality into the world after the Divine Revelation at Sinai).

It was his detention and claim of ‘sanctuary’ within this life-affirming environment that would be the key to his survival. Were he to step outside, however, he would automatically sunder his link to this lifeline and could then be killed instantly by the family of the deceased.

By virtue of his negligence to the sanctity of human life, the accidental killer was the exact opposite of the Kohen Gadol whose kedusha was dedicated for the Divine Presence to rest amongst the Jewish people and to lengthen their “lives”. Not so this individual responsible for shortening life, bringing about death and in the process exiling the Shechinah. He therefore cannot possibly coexist with the High Priest side-by-side. Consequently, so long as the Kohen Gadol lived, the killer remained in exile. Only upon the death of the Kohen Gadol, would he go free (Rashi, Bamidbar 35:25).

In our own lives, it is essential that we never to forget how the life of every human being is sacrosanct by recognizing its divine origins and its tremendous potential. That leads us to note the ugliness of killing – whether accidental or deliberate – that strips man created in “the image of G-d” of his existence.

In a world of death, of spiritual contamination and exile, we the Jewish people yearn for eternal life, renewed holiness and of redemption. The course is presented by Osher Chaim Levene, author of SET IN STONE (2004: Targum) about the meaning of mitzvah observance and PEOPLE OF THE BOOK (2007: Targum) about the biblical personalities. A London-based writer and educator, he learned at the Gateshead and Mir Yeshivas, holds a Bachelor of Science (Honors) business degree from London’s City University, and is a Member of the Royal Institution of Chartered Surveyors.