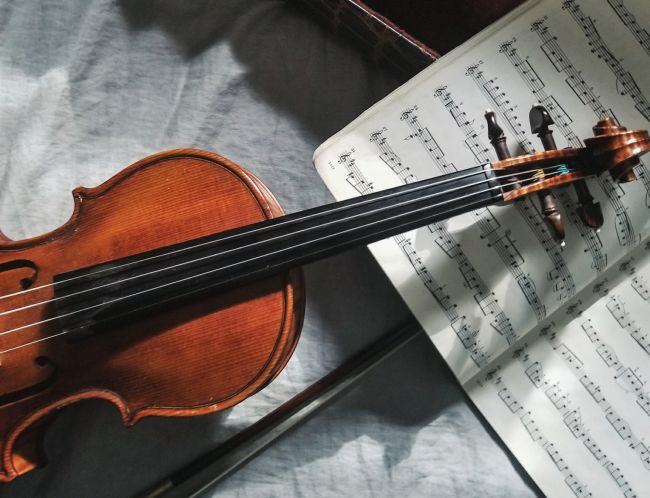 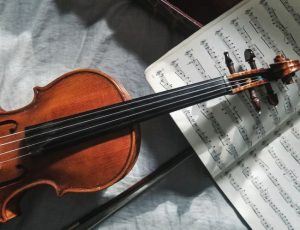 It is not entirely clear where or why the Leviim are being taken. Their duties and responsibilities have already been spelled out, and they don’t really have to go anywhere. Rashi’s comment solves the problem – if we could understand what he meant. “Take them with words. ‘Fortunate are you that you merit to be attendants to G-d.’” We have replaced one problem, however, with another. Why would Moshe need to take them from their position of resistance? Who needs any convincing to be promoted to honor and greatness? We should imagine the Leviim giving each other high-fives, delighted at their appointment!

Rashi understood better. He recognized that the Leviim were entering into a program of servitude – of toil and burden – and not one of power and authority. They needed, indeed, to be convinced that this was going to be a good thing for them. It is easy to understand why. Whatever honor they might perceive in their appointment could be overshadowed by the fact that they were going to be supervised – let’s call it, more accurately, to be ordered about – by members of their own shevet. Those lording it over the Leviim would be the Kohanim, ortheir own peers, which could be an enormous blow to their egos.

Moshe’s words tackled the problem head-on. You are fortunate, indeed, Bnei Levi. No matter who is handing out the work assignment on a given day, we know Who the real Boss is, the One you really serve. When you recognize the privilege of waiting on Hashem in the mishkan, you will be insulated against any assault on your egos that comes from having to answer to a peer. You do not serve your mortal bosses; the entire enterprise serves the honor of Hakadosh Baruch Hu. When you think about it more carefully, you will realize that you are really given over “to Me from among the Bnei Yisrael.” And to be chosen to minster to His Presence is an enormous privilege. Go for it.

We can take this a step further. There were two components in the responsibilities of the Leviim. They substituted for the first-born of the nation in the avodah of the mishkan and all the ancillary jobs that promoted it. They also provided the music, the shirah, that accompanied the avodah. Both of these potentially brought honor to the Leviim, as both placed them in a special role. One of these, however, turned in their minds into a burden because it put them at the disposal of their peers. The musical role, however, remained the source of undiluted honor and privilege.

Nuances in the text bear this out. The Leviim are nesunim, nesunim li – doubly given over to Me. They would serve in two positions, doing much of the supportive work in the mishkan, and also in providing the musical accompaniment. Even though one of those roles would entail taking orders from Aharon and his descendents, both roles ultimately serve Me. While it is true that they are nesunim (this time, only once!) in one of the two roles “to Aharon and his sons,” this should not disturb them because it is I who have given them over to Aharon. In obeying their human bosses, the Leviim are really serving Me, not their human handlers.

The sequence continues – but seems to twice state that everyone did what they were supposed to do. The redundancy – as well as the slight difference between the two statements – is justified according to our approach. The Leviim would first enter a position of prominence. Their musical role would be appreciated as a significant honor relative to the rest of the Bnei Yisrael. This is the role of which the Torah writes “Moshe, Aharon, and the entire assembly of the Bnei Yisrael did to the Leviim everything that Hashem had commanded Moshe about the Leviim.”[3] They were commanded by Hashem to serve Him alone, without human intermediary. A change, however, would follow. “Afterwards, the Leviim came to perform their service in the Ohel Moed.”[4] Some would see this as no longer the work of the Bnei Yisrael, but their own burden – “their service” – since it would be mediated by the instructions of Aharon and his sons, and put them in a servile position. The Torah therefore adds, “as Hashem commanded Moshe al / on, upon the Leviim.”[5] This second role could be perceived as a burden. Therefore the preposition “on” is used, signifying that it might be perceived as a burden placed upon them.

“As Hashem had commanded…so they did for them.”[6] To their credit, they acted towards their new bosses with a perfect attitude. They did not resist, accepting only the role that put them directly in service of Hashem. Rather, they accepted the position of subservience, not paying attention to the slight of their honor. Unlike above where the Torah wrote, “So did the Bnei Yisrael do to them,”[7] i.e. honoring them for the distinction of providing the musical accompaniment, here the Torah concludes, “So they (the Leviim) did for them (the sons of Aharon),” because it was their willingness to accept the instruction of their peers that was noteworthy.

The taking of the Leviim, therefore, occurred in the best possible way. Both those who were expected to give honor and those who were to receive it acted for the right reasons.