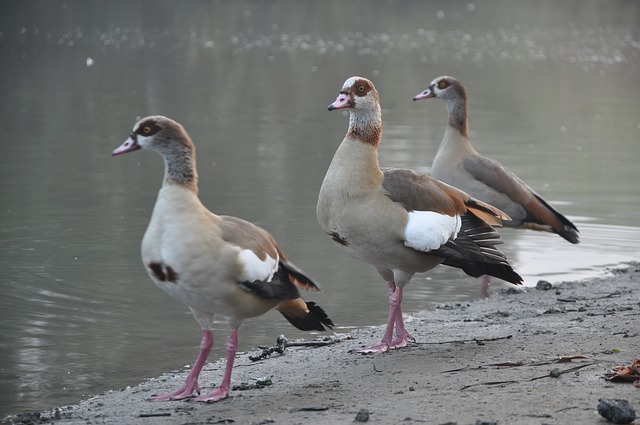 Take Me To Your Leaders 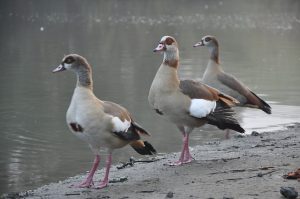 Hashem has said to me, “You will not cross this Jordan.” Hashem your G-d- He will cross before you.[2]

Taken together, these two pesukim seem repetitive – until you consider their background. In the aftermath of the eigel, Hashem changed the rules of engagement. He withdrew His presence as a travelling Companion, and substituted an angel. “I shall send a malach ahead of you, and I shall drive out the Canaanite.”[4]

The people were grief-stricken by this news.[5] Moshe swung into action, and implored Hashem to walk back this terrible decree. Hashem agreed that He would not remove Himself entirely. He would lead the way, scouting out and preparing the next stop ahead for the nation, but would not travel with them. “My Presence will go and provide you rest.”[6]

Moshe was not willing to accept this, and pressed the case further. “If Your Presence does not go along, do not bring us forward.”[7] Hashem acceded to his request. “This thing of which you spoke I shall do.”[8]

Does this mean that the original conditions were restored? Not quite. What Hashem promises, He does not rescind. He had promised that a malach would lead the way; that was not going to be undone. We find out in our parshah that this malach is none other than Yehoshua! “Yehoshua – he shall cross over before you.”[9] In other words, Hashem would lead the way before them, but so would Yehoshua!

But there is still a third element in the arrangement, after Moshe’s earlier entreaty. “Hashem your G-d – it is He Who goes with you.” Not only would He go before the people, but He would go with them as well! The two pesukim, then, reflect a compromise worked out by Hashem and Moshe decades before, after the sin of the Golden Calf.

Moshe summoned Yehoshua and said to him before the eyes of all Israel. “Be strong and courageous, for you will come with this nation to the Land…and you shall cause them to inherit it.”[10]

He [Moshe] commanded Yehoshua ben Nun, and said, “Be strong and courageous, for you shall bring the Bnei Yisrael to the Land…”[11]

Chumash Devarim is full of rebuke and admonishment – especially as we get to Moshe’s last days on earth. That is at work here, and can explain the difference between Moshe’s words to Yehoshua and those of Hashem Himself.

The word am / nation – the term used in the first of our two pesukim – specifically connotes a less elevated, more primitive part of the Jewish people. It is a group – very much with us, even today! – that refuses to be ruled. Its members see any leader as a peer, unwilling to place him in a position of authority. They regard themselves as the equal of anyone appointed to rule, and therefore accept no one’s word or decision as superior to their own.

There is only one way to rule over such an unruly bunch, and that is with a strong hand. A ruler must be prepared to use force to assert his authority, or they will walk all over him. Understanding how difficult they will make it for a future leader, Moshe here attempts to make them feel the guilt for their past indiscretions, and to accept Yehoshua as their next ruler.

Now, giving Yehoshua a pep-talk, trying to draw on some reservoir of strength within his student, would be more appropriately done in private, between Moshe and Yehoshua and no one else. But Moshe had multiple goals in mind. By moving his instructions to Yehoshua to the public square where all can hear, Moshe wished to impress upon him that the job will be difficult. It will be more of a chore than an honor; he will have to double-down on some of the people if he wishes to rule effectively. Moshe’s public charge to Yehoshua was meant at the same time to be a clarion call to the people to take seriously Yehoshua’s greatness and role.

Moshe thus speaks of Yehoshua as the one who will “come with this nation to the Land,” unlike Hashem, who when speaking privately to Yehoshua, talks of Yehoshua bringing the people into the Land. Moshe meant to caution Yehoshua about those who would fail to respect him unless he demanded respect. They would look at Yehoshua as a colleague and equal, not as a leader. They would think of him as someone who travelled with them into the Land, rather than as a trail-blazing leader whose merit and leadership would be crucial during the conquest. Moshe therefore proclaims that Yehoshua was no simple fellow traveler. “You shall cause them to inherit it,” he tells Yehoshua. The people must come to understand that you are far greater and more important than some of them would ordinarily concede.

The upshot of this is that when Moshe passed the mantle of leadership to Yehoshua, he conveyed with it a sobering understanding of a necessary part of the job. The leader would have to insist on a kind of forced, artificial respect from those troublemakers who would not respect him for his greatness.